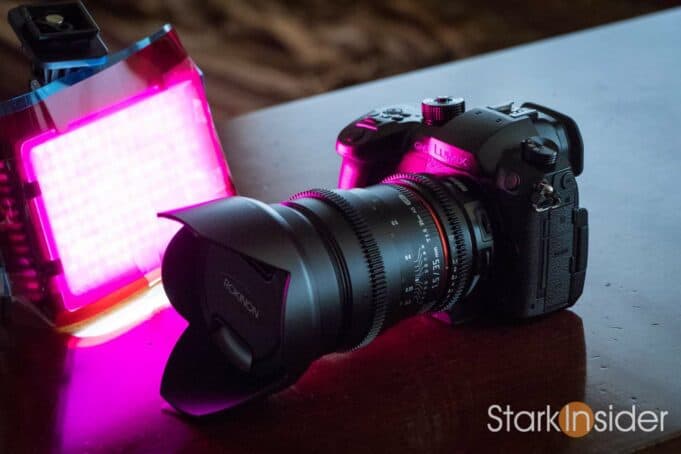 Update 5.19.2021. And there you have it. Panasonic just sent out an invitation with the headline “New GH Series cameras are coming!” (see below). Are we at all surprised anymore that these leaks below are quite accurate? In any case what’s interesting here is that camera is plural. As in cameras. Could there be a slightly updated GH5 II plus an all-new MFT flagship GH6 with 6K? The latter would definitely blow minds I suspect. We will know soon enough. Mark your calendars, May 25, 2021 10:00am ET / 7:00am PT. 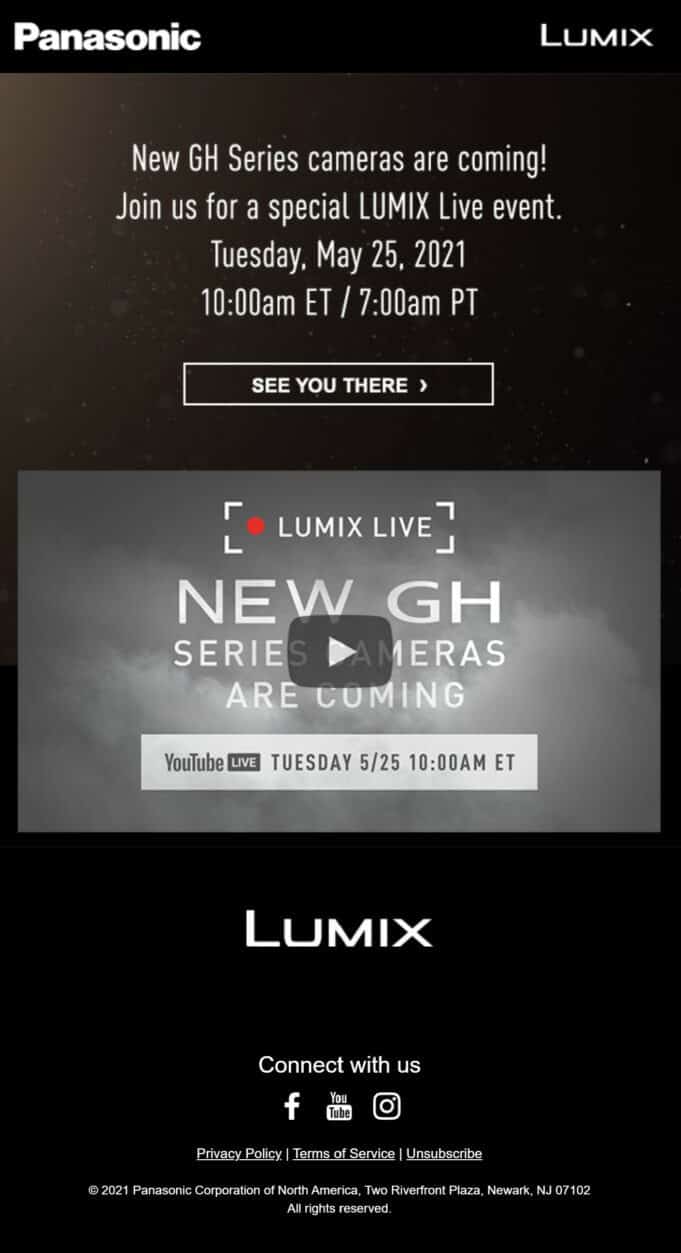 Another day, another leak.

This time for what could be the follow-up to the (wildly) successful Panasonic GH5.

Dubbed “Mark II” — though it could certainly simply be the GH6? — according to reliable tipster Nokishita the specs are or might be as follows:

As always take this with a grain of salt. This information is based on the above Tweet. Nothing more, nothing less.

However, the rumored specs seem reasonable enough, without any outlandish and unreasonable predictions so this may very well be the GH5 II or GH6.

Price seems to make sense too. You can buy the still-amazing-in-2021 Panasonic Lumix GH5 for a song. I paid $1,998 USD for my GH5 in 2017. Now you can essentially get the same camera for 35% off. Needless to say this is a killer deal if you’re looking for a 4K video shooting mirrorless. Also note you need to pay extra for activation code to unlock the V-Log L flat picture profile (I paid $98 back then).

Maybe one reason this model isn’t going to be called a GH6 is because the specs are relatively incremental?

Regardless, the news certainly grabbed my attention.

The GH5 is probably my most favorite camera of all time. There’s just so much to love, even today some four years after its release. Dual memory card slots. High frame rates. Superb and sharp image. All the filmmaking tools you’d want (waveform, focus peaking, etc.). 4K video of course. And on an on it goes. 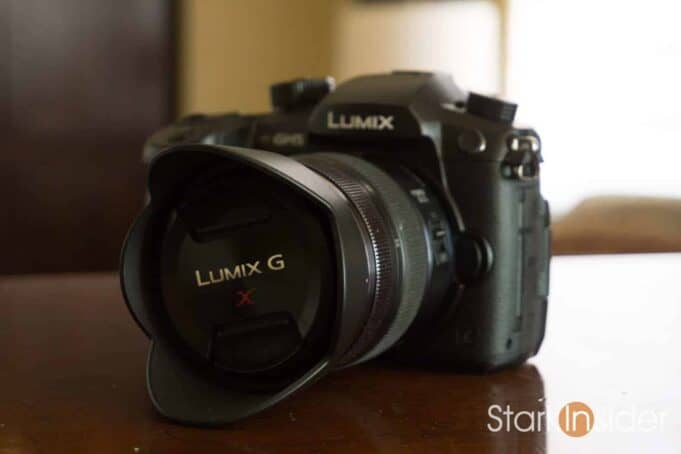 I bought a GH5 on day one. As a long time Canon DSLR shooter I suspected I’d return it — auto-focus won’t be good enough, the image and colors won’t be good enough. But while it’s true the AF can’t keep up with Canon and its Dual Pixel magic, that didn’t matter because everything else was top notch. And, besides, for video I shoot full manual all the time for our Stark Insider shorts and experimental videos. AF? Not necessary. Further, for photos I continue to use my Canon EOS 80D, and, now, the Canon EOS R5.

In any case I suspect I’m not alone in heaping praise on the GH5. I believe it will go down in camera history as a key model in the world of mirrorless and Micro Four Thirds. Sort of how the Canon EOS 5D Mark II did for 1080p video back in the day (2008).

Even though I had my sights on the Blackmagic Pocket Cinema Camera 6K or 6K Pro as a successor to the GH5 I may need to wait this one out to see if the GH5 Mark II / GH6 becomes reality. Then again, Blackmagic still offers RAW capability which is something we don’t get on the GH5 — though V-Log is quite good for color grading in my experience.

So there you have it. A tiny (or major) bit of breaking news for the camera world and use video shooting nerds.

I guess the only surprising thing is that the specs for this would-be new model top out at “only” 4K, and don’t go up to the seemingly now standard 6K — hence perhaps why this is merely a “Mark II” update and a GH6 is to later follow.

No matter to me. 4K is plenty. And resolution isn’t the end game in my world… image quality is. There, for instance, the RED DSMC2 Dragon sensor (I have an older Scarlet-W) takes the cake. It’s organic with bonkers beautiful grain. Just absolutely unbeatable.

The market has changed dramatically since 2017. There’s many fantastic options for video shooters. The aforementioned Blackmagic Pocket Cinema Camera 4K/6K/6K Pro being just one of many. Others include the new Panasonic Lumix S5 (and S1/S1H), Sigma fp L, Sony FX3, Sony Alpha a7S III among so many others. A crowded space with lots of choice.

We’ll know soon enough if this GH5 II or GH6 is the real deal, and if so, I’ll will definitely be putting it through its paces even if I’m struggling to yet find much Mark II-ish about it.