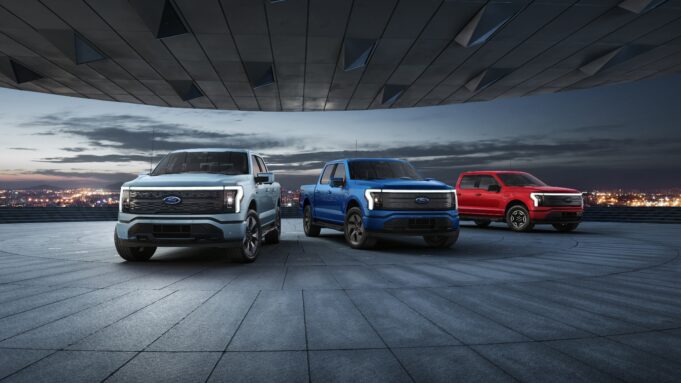 Well that was fast.

Just yesterday Ford Motor Company (NYSE: F) took the wraps of its eagerly-anticipated electrified interpretation of its iconic F-150 pickup truck. And already 20,000 reservations have been confirmed. Those doesn’t necessarily translate into actual orders. But they are perhaps an early predictor of demand for EV pickups.

The upcoming fully-electric 2022 F-150 Lightning starts at just under $40,000 USD (with a fully loaded model up to $90,000) and starts shipping Spring 2021. Four trim levels are initially available, and all share the same four-door SuperCrew cab layout with a 5.5 ft. flatbed.

Ford CEO Jim Farley told CNBC that already 20,000 reservations have been booked — each requiring a $100 deposit:

“The response has been great,” Farley said during an interview on Squawk Box. “With 20,000 orders already, we’re off to the races.”

Many are watching this space closely. Tesla has been shipping significant quantities of its new Model Y, and has teased in the past its futuristic upcoming Cybertruck, the model most likely to be cross-shopped against the more traditionally designed F-150 Lightning.

During the presentation yesterday, Ford was quick to emphasize its long history of American-based manufacturing and the heritage, in particular, of the F-150. Farley, after thanking employees and the UAW, said the EV version of the F-150 will be built at the famed Rouge factory. 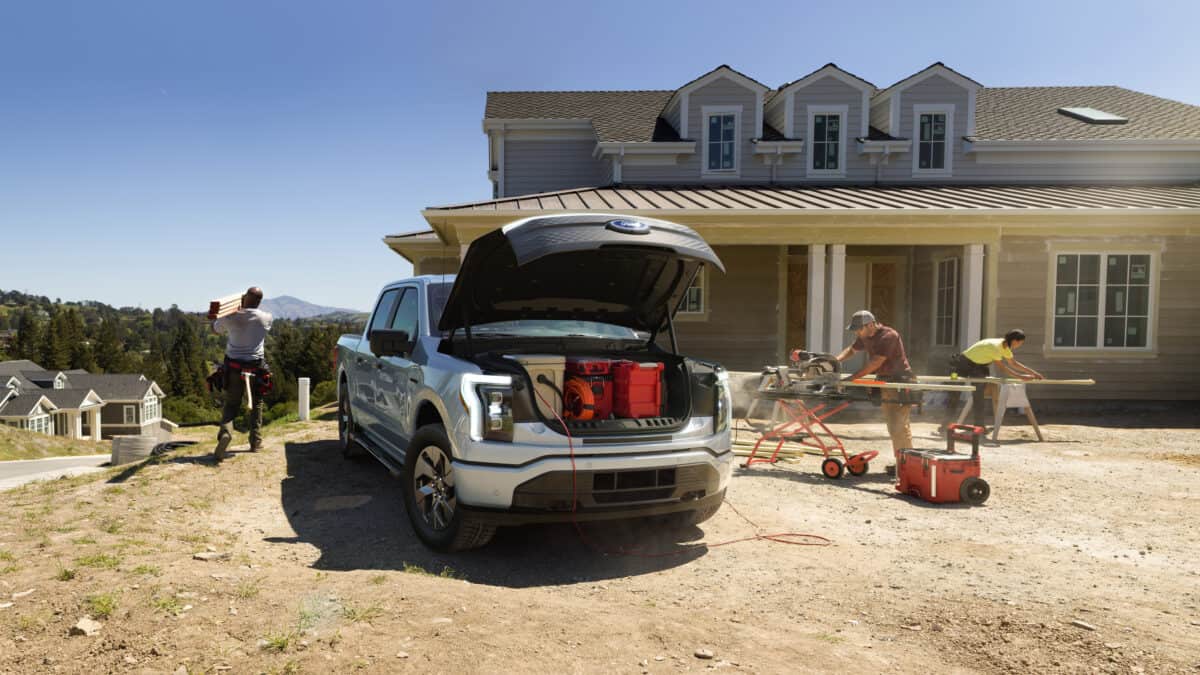 Clearly the Ford F-150 design team (led by Linda Zhang) knows its target market. The F-150 has been around since 1948 and buyers tend to cross multiple generations with hand-me downs and a penchant for on-going brand loyalty.

One aspect that Ford deems important it would seem: power outlets.

They’re everywhere around the truck — 11 in total, in addition to USB ports. From the trunk and to the “Mega Power” frunk that can handle 400 lbs of storage, and just about everywhere else. Workers on construction sites will not need to look long for an outlet, in essence transforming their F-150 into a massive battery. 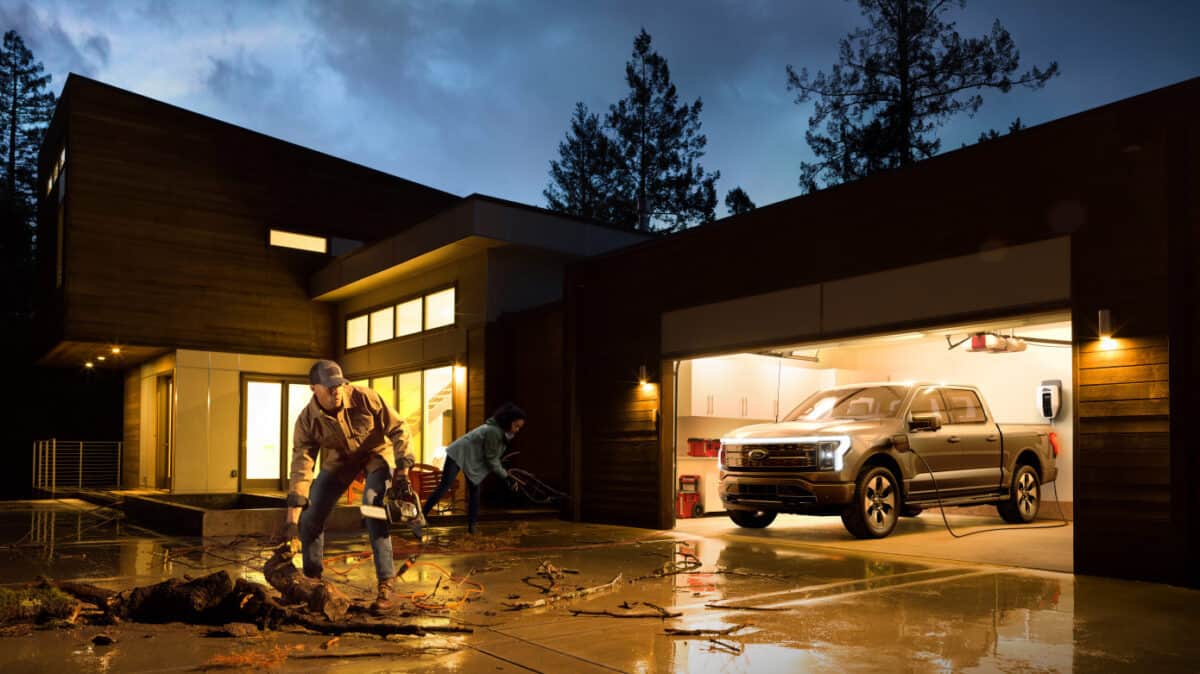 But out of everything I saw during the F-150 Lightning reveal perhaps the most interesting is possibly the least reported feature, and one that could throw a wrench into Tesla’s at-home energy plans.

That is the compelling idea that the F-150 Lightning can be used to power your home during an outage.

Not much was covered about the feature during the presentation, but the concept certainly drew my attention. After all, Tesla is pushing the (savvy) idea of installing large batteries in our garages — Powerwalls — that are charged during the day via solar panels, and then used to charge EVs overnight. But a key part of the sales pitch is that they can also be used in emergencies to power a home.

Here’s how Ford’s interpretation of that idea, the “Ford Intelligent Backup Power,” system works (at least, in marketing speak): 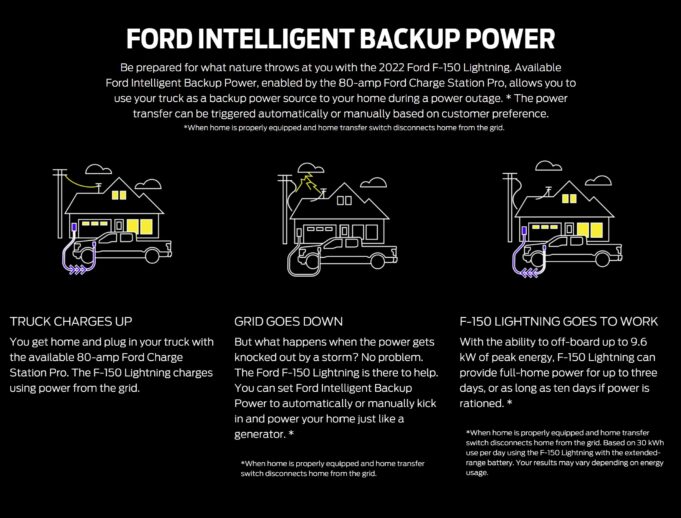 The idea is interesting.

Eventually as the cost of EVs continue to drop, more of us will own them. One by one ICE vehicles will be replaced by EVs, filling up garages across the country and world with a literal array of large battery power. It’s not hard to envision a day when these multiple battery systems can somehow be aggregated to form a home-based power grid of sorts. That a single EV can power the home for multiple days is just, perhaps, a tip of the innovation iceberg here.

As I mentioned Ford didn’t cover much about this feature. And per the F-150 Lightning microsite it does require some additional hardware so that in the event of a power outage the system can automatically switch over to the pickup’s battery.

In any case, here’s some of the marketing copy that describes the new “Ford Intelligent Backup Power” feature:

“… the all-electric F-150 Lightning features available Ford Intelligent Backup Power that can provide full-home power for up to three days on a fully charged battery, or as long as 10 days if rationing power. Combined with the available 80-amp Ford Charge Station Pro, it’s an essential technology that you can count on when you need it most.”

Pretty interesting stuff. How well this technology works in real life we’ll likely not know until 2022 when the F-150 Lightning starts shipping and buyers outfit their garages and homes with the necessary extra bits of hardware.

Regardless, the concept itself is a bit of a game-changer if execution lives up to the hype. 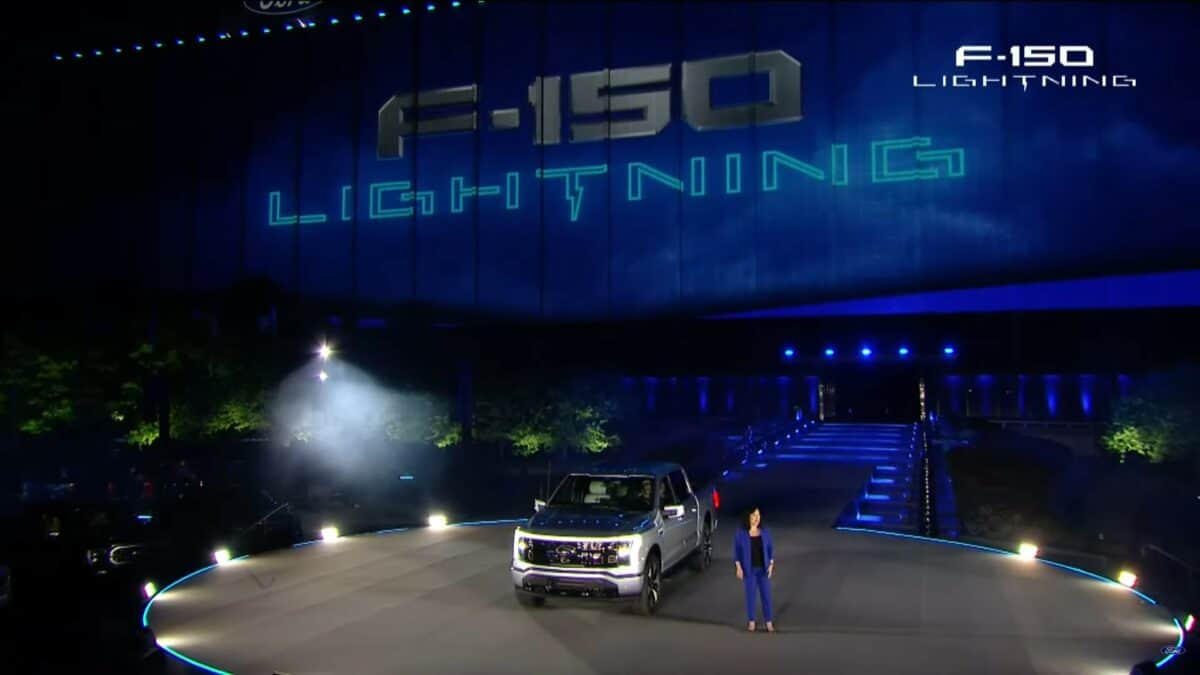 I’m grading Ford on this one with a solid A.

This was an impressive launch. From a tight, well-scripted 30-minute reveal to the dynamic videos and diverse line-up of speakers I have to say as someone who has only ever owned one Ford (a cool 1989 Ford Probe GT made in partnership with Mazda) that it did make me double think my Cybertruck pre-order.

Some will scoff at the range. Only 300 miles (with extended battery). Sure. But keep in mind, though, most long-range Teslas like the Model 3 and Model Y can only do about 20 miles or so more, so the difference at this point isn’t much to worry about — not that those are comparable vehicles. Plus Tesla tends to overstate range while, others, notably Porsche and its new Taycan line, tend to be more conservative in reporting range.

Then there’s the crucial fact that the F-150 Lightning has an actual shipping date: Spring 2022.

Another notable SUV/pick-up truck competitor to watch would be Irvine-based Rivian. Its R1S SUV begins shipping this summer, while its R1T pick-up begins shipping in early 2022, right around the time the F-150 Lightning does as well.

On the negative side the only thing I’d point out is the ordering process. It seems stuck in a bygone era, one that needs a dealer network and added complexity.

For instance, I can’t just go to the F-150 Lightning configurator and price one out, without having to enter my ZIP code and pull a local dealer into the process. I also need to enter all my info and create an account just to get pricing and options. Here I prefer the Tesla direct-to-consumer model. I can go to Tesla.com and get pricing however I like and easily click through a build. I also appreciate that Tesla does not nickel & dime when it comes to options. There’s few to choose and they’re clearly explained. Not the biggest issue in the world regarding the F150 Lightning, to be fair, but I think when it comes to online ordering, modern systems and UIs need to become more Apple-like, more Amazon-like and, yes, more Tesla-like.

With its manufacturing prowess, and long experience with building and selling the F-150 it’s hard to imagine how the Lightning will not be a sales winner. The team hit all the right marks. No need to mess with the design, the F-150 Lightning looks like a traditional pick-up and that’s what traditional buyers want, not some futuristic Blade Runner-esque spinner.

How Tesla reacts to the F-150 Lightning announcement with its Cybertruck plans will be interesting EV bloodsport. In the short-term, CEO Elon Musk is promoting on Twitter a delivery event starring the uber-fast Tesla Model S Plaid on June 3, 2021.

Meanwhile, Ford will likely continue to scoop up thousands upon tens of thousands of F-150 Lightning reservations. (Not to mention orders for its well-received Mustang Mach-E cross-over EV that is currently shipping).

F-150 Lightning 2022 production will sell out well in advance.