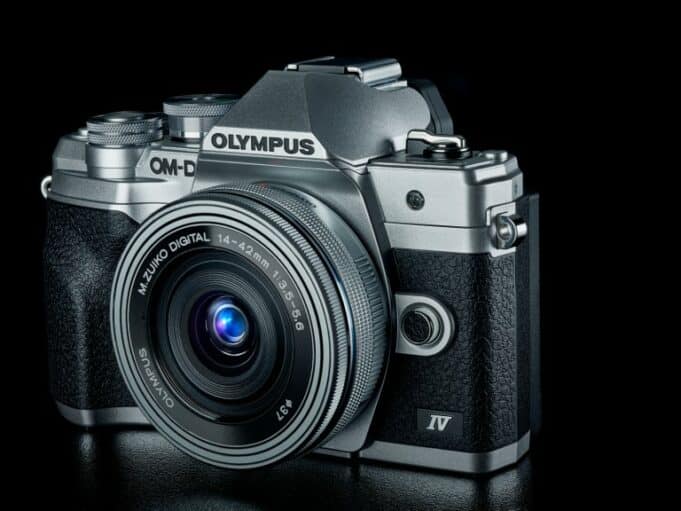 Update: A potential strategic twist when it comes to Olympus camera strategy. And I think a good one at that if the rumor indeed becomes reality: Olympus cameras will feature on the Samsung Galaxy Fold 3 and / or Samsung Galaxy S22, according to reports (Digital Camera World)

Small bit of camera news for the diehards out there who follow the camera market beyond the smartphone:

Even better for fans of the compact mount is the news that Olympus is, according to Digital Camera World’s reporting, “developing a new product family.”

Given that the company is apparently shying away from trendy large format sensors (like so many full-frame models we’re seeing these days from Sony, Canon, Nikon) if we read between the lines that means we might expect a new line of Olympus MFT cameras.

“We are on the path of Micro Four Thirds,” replied product strategist Eiji Shirota, formerly planning manager at Olympus Imaging. “We don’t do full size.”

Why is this small bit of Olympus camera news relevant?

The dedicated camera market (i.e. DSLR and mirrorless) is slowly — maybe quickly depending on your perspective — being eaten by the smartphone. Most notably by the Apple iPhone and its ever increasingly impressive built-in camera.

Because Apple is so good at software it can expand the functionality of the camera’s capabilities far beyond what a traditional DSLR or mirrorless camera could ever do with mostly hardware alone. For example, artificially blurring the background to better highlight subject matter. There are many software tricks, and Apple leads the way in the field called computational photography. Traditional camera makers run behind in this respect.

So we’re seeing a few things happen as a result of the rise of the smartphone camera:

Olympus was and is certainly a traditional camera manufacturer I’d consider at risk. Consider that they don’t have the product diversity of giants like Sony and Canon which benefit from other product lines and larger resources (especially cash flow).

Net-net: this is a relatively small player. But it still has resources.

Given its short history we don’t have much reference as to what to expect the new management to do. However, for fans of the MFT ecosystem the announcement of a commitment (of sorts) to the mount and a possible new camera line-up suggests there is demand, however niche, for such products and that there are potentially ways to navigate the new world of smartphone domination.

It will be interesting to see if anything develops later this year. Also, it’s worth pointing out that the other big MFT player, Panasonic, has so far taken a different approach. I’ve been a long-time user and fan of the (incredible) Panasonic Lumix GH5 mirrorless camera. That followed a long succession of increasingly powerful MFT-mount bodies, from the Gh1 through to the GH4 and finally the penultimate (and still worthy, even in 2021), GH5.

In addition, Olympus offers products in smaller segments including:

But Panasonic hasn’t introduced a successor to the GH5 which was released about four years ago in 2017 — an eternity given today’s focus on 6K and 8K resolutions, larger sensors, and faster image processing, among other capabilities.

Instead the Japan-based company has also seemingly embraced the full-frame movement, following the lead of Sony (Alpha A7 line with E mount), Canon (EOS R line with new RF mount) and Panasonic.

Recent models including the S1, S1H, S1R and most recent S5 all feature full-frame sensors (and Leica L Mount), eschewing the compact size of Micro Four Thirds in favor of more robust imagery (some of its new models are even Netflix approved).

Panasonic seems to be going for full-frame. Maybe we won’t ever see a GH6 after all?

In any case, the smartphone is only going to get more savvy in its ways.

We’re already seeing specifics models such as the Apple iPhone 12 Pro Max with even more impressive lens hardware over the base model with even more advanced software — computational photography — to go along with it. Users have tremendous power in their hands, no heavy equipment needed to haul around.

Traditionalists like Sony, Canon and Nikon will need to continue to cater to the new world, and push innovations quickly. Things like:

Many mirrorless and DSLR cameras already do a better job on many of the above factors. However, long-term the likes of Apple, Google and Samsung are only going to continue to pour more resources into advancing their camera technology.

Olympus appears to be hanging in there for now. That’s a good thing. It gives consumer’s choice. And, further, it keeps an iconic brand alive that much longer. Hopefully a year from now we’ll be celebrating new models and the continued success of the Micro Four Thirds mount.