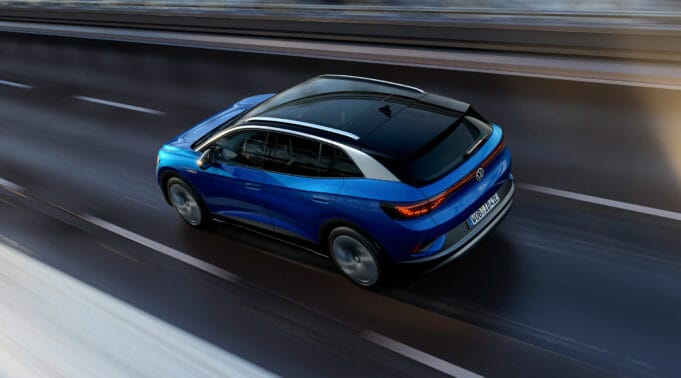 Update: well, then, how about that? So hilarious, I guess. I’m starting to see a pattern with Volkswagen. Can this company be trusted? Also, according to the the Associated Press:

The fake release could land Volkswagen in trouble with U.S. securities regulators because its stock price rose nearly 5% on Tuesday, the day the bogus statement was officially issued. Investors of late have been responding positively to news of companies increasing electric vehicle production, swelling the value of shares of Tesla as well as of some EV startups.

How great is that?

By now you’ve probably seen the (many) headlines: that Volkswagen is re-branding its US operations to ‘Voltswagen’. It’s part of an effort to change the public’s perception of a company, one that is typically associated with economy ICE and diesel-powered cars.

The marketing push is also an effort to lay down the gauntlet. Tesla, let it be known, is not going to own the electric car category all on its own. VW is planning for EVs to account for 20% if its sales by 2025 and will invest $41 billion in battery-powered cars over the next five years.

Per The Verge the name change will come into effect in May of 2021. And there’s even a new VW logo to accompany its EV-centric aspirations: 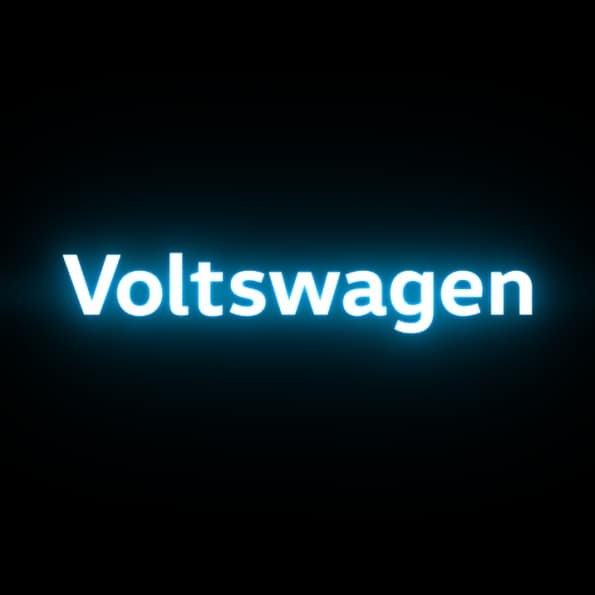 The message associated with the new branding is this tag line:

Voltswagen – A new name for a new era of e-Mobility

Given the announcement’s original proximity to April 1st, some suggested this was merely a joke. But it appears this re-brand is the real deal. In fact if you check out the VW US media site, indeed, you’ll see the “About Voltswagen” section which states that Voltswagen of America was “founded in 1955.” Wow, that’s foresight.

Currently there’s only one EV selling today in the US, the ID.4 SUV. For a first effort the car looks good, with a modern aesthetic that today’s EV buyers expect. And range of a claimed 250 miles is admirable, though still short of the best of what you get from Tesla which easily exceeds 300 miles on long range models.

But the thing I like best about this bit of automotive news is how the seed of the idea — Volkswagen beget Voltswagen — came to be.

Who thought of the name?

When and where did this genius bit of inspiration strike?

And what was the reaction when it was shared with management?

In all likelihood the stunt was an idea that germinated from a PR firm. A bunch of consultants probably had umpteen brainstorming sessions with the larger goal of establishing a massive campaign to shift the public’s perception of the company to EV. Part of that would be branding and naming. And so the team likely had many whiteboards with many ideas. And, behold, up comes Voltswagen. How perfect!

But I prefer to believe these strikes of lightning happen when a single person is doing something mundane.

Or maybe they were singing in the shower.

Dancing at a silent disco.

Or, most likely, were smackdab in the middle of making a Gravadlax with cucumber pickle and dill mustard mayonnaise.

Inspiration strikes at the most unexpected times.

Then of course this person would present the idea of Voltswagen as a re-branding to a very staid, very German board meeting. Which obviously would be full of stereotypes and go down in a very Austin Powers manner with the meek underling presenting possibly the weirdest, boldest marketing move ever made in automotive history. Er, yeah, change one letter and look what happens! I wish I could be a fly on the wall.

In any case, however the idea came to be, I think it’s truly a testament to creativity and the ability for a large conglomerate to be not-so-serious for a moment and embrace some grass-roots thinking. How refreshing.

Regardless if this whole thing turns out to be master level trolling, or a joke, or a temporary publicity stunt the deluge of headlines given to Volkswagen over the past day or so suggest that if association of VW+EV was the goal, then: mission accomplished.

More here: Volkswagen is really rebranding as ‘Voltswagen’ in the US (The Verge)