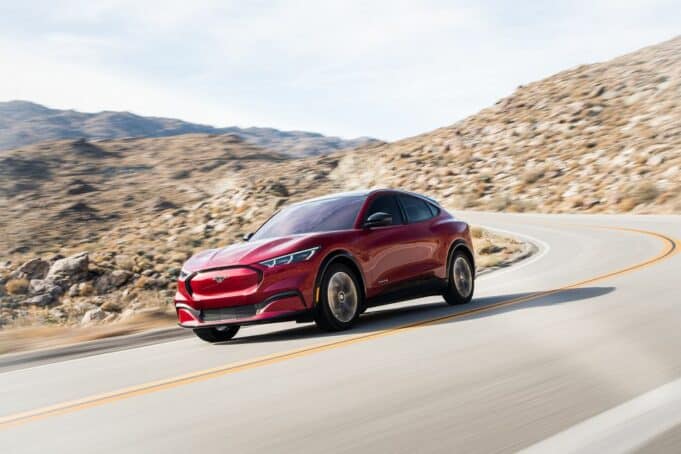 Ford’s first electric Mustang is called a Mustang, but beyond the name it’s hard to see how this new model carries the torch, at least in terms of appearance. Still, you’ve got to hand it to Dearborn. This is a pretty impressive milestone. A new all-electric Ford Mustang is a reality.

And how good is it?

Autoblog says the 2021 Mustang Mach-E is worth the hype calling it “a genuine, no-excuses competitor to Tesla’s benchmark EVs.” Quite an assessment.

During testing the team was able to top out at about 250 miles of range (vs. 270 EPA-rated range) which is not bad, but still less than the 300+ mile range found on the Tesla Model 3. Still, Ford has been able to surpass that of the EV competition handily when it comes to range and may portend even better results as the Mach-E evolves over time. The Premium version, it’s worth noting, does promise a 300 mile range with RWD.

Interior-wise it would seem things are very Tesla. Which is to say Ikea minimalist. Or in the words of Autoblog, the “TWA Lounge look” — lack of clutter, and a design that finds itself building around a large center-based touch screen. In this case a 15.5-inch screen.

One key different when it comes to the dashboard design: Ford includes a second, and smaller, screen in front of the driver just beyond the steering wheel where conventional instrumentation is found — in addition there’s more traditional switchgear (lights, wipers, etc.) than found on Teslas. This has been a point of contention among some Tesla buyers; is removing the instrumentation completely and relying almost solely a touch interface taking minimalism too far, and possibly even causing safety issues when a driver needs to avert their eyes back from the center screen? Here, Ford seems to be striking a seemingly more reasonable approach with a dual screen approach.

Meantime, the Mach-E hits 0-60 MPH in at about 4.8 seconds, again falling well short of Tesla’s best, but probably fast enough to satisfy most daily drivers (but not Mustang purists).

Car and Driver also praised the debut, saying the new Mustang Mach-E “puts Ford in the EV game in a big way.” And is “the best EV Ford has ever sold.”

Charging the Mach-E for just 38 minutes should take the battery from 10% to 80% according to C&D. As is the case with Tesla, the new Mustang will also be like an app on wheels. Owners can expect OTA software updates and improvements and likely future available feature upgrades.

In a nice touch of luxury, for the Premium model Ford is partnering with a high end brand for audio — Denmark-based Bang & Olufsen (B&O) in this case. That’s something you normally associate with upscale German marques.

Before Federal tax credits the 2021 Mustang Mach-E starts at $43,995 USD. Add about $6,000 and change to upgrade to the Premium model. Ford has not exactly come out guns-a-blazing when it comes to price. But they probably don’t need to, as Ford buyers tend to be loyal to the brand and most I’m guessing won’t be cross-shopping a Tesla (though I could be wrong). Consider, however, for $5,000+ less you could order a Model 3 via the Tesla web site and enjoy substantial savings and an established EV design and vast charging network. 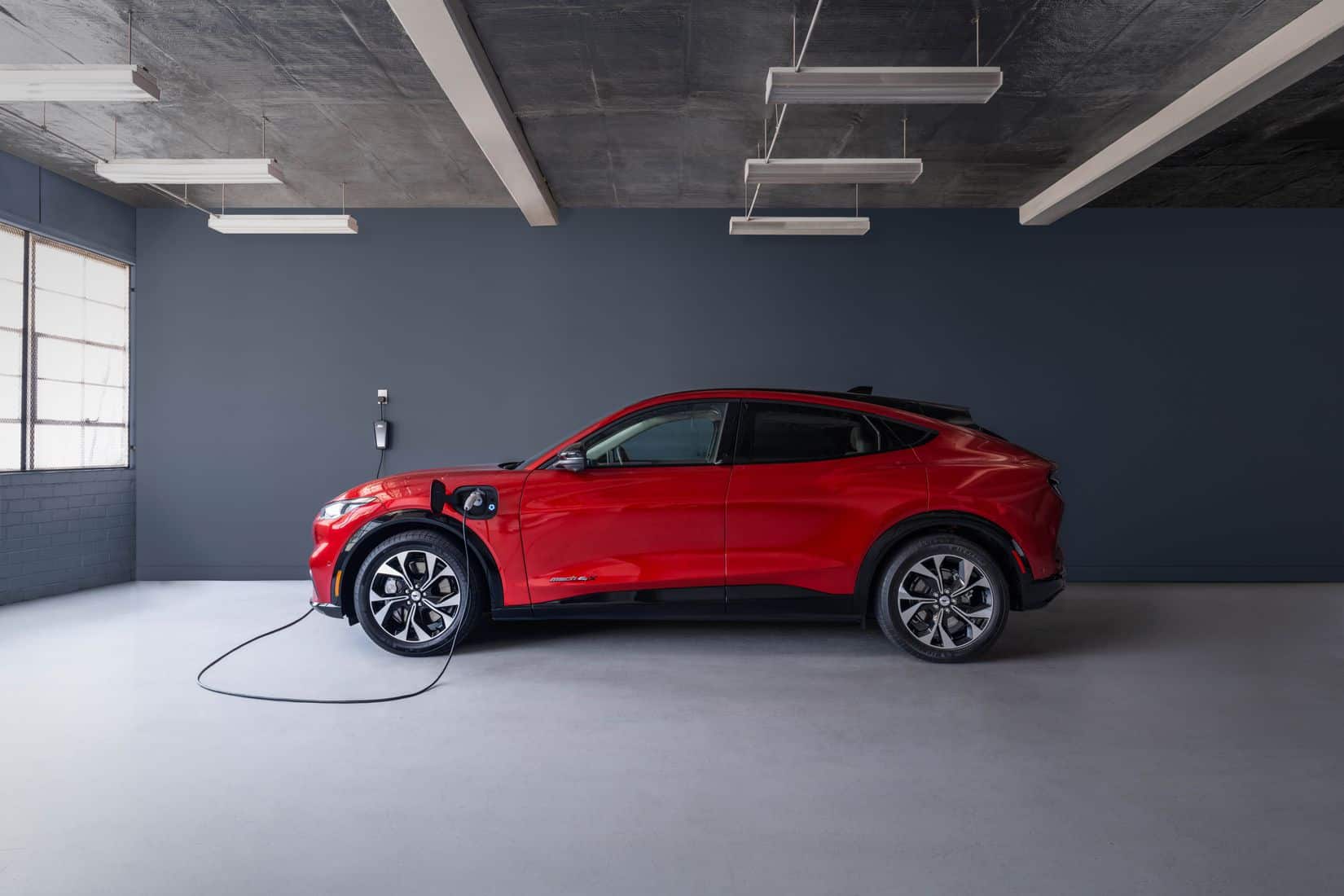 I’m scoring this one a solid “A” based on specs and design.

The Mustang Mach-E looks great. The instrumentation looks possibly even better and more intuitive than the spartan ones found on Teslas. Storage space is accommodating, as you’d hope for in this class. Performance is decent enough and will hopefully get better over time. Pricing is competitive. You pay more than a base Model 3 but you do get nicer materials on the seats and it would seem better overall finish (and B&O sound system on the Premium). Hard to say with any decisiveness until they’ve hit the road en masse. At this point it’s hard to imagine how this launch could have gone any better.

That the Ford team has done such an impressive job with this launch speaks volumes to management and the workers commitment to continuing to modernize the brand and build. Competition is always welcome. With Tesla more and more is arriving. Consumers ultimately will benefit with more choice, and eventually lower prices. The environment, too, will benefit. Let’s just hope Federal and State legislation continues to incentivize the move to a cleaner auto industry. Nice to see Ford part of that in a big way.

Whatever you call it, this thing is off to the EV races… indeed, in a big way.

Starting at $47,000 USD the 2021 Ford Mustang Mach-E (Select, Premium, California Route 1) is available for pre-order with availability starting late 2020. The GT edition starts at $60,500 with availability next summer.