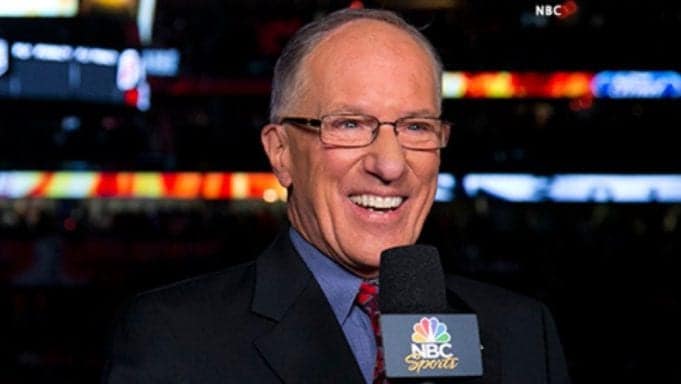 After 50 years with the NHL legendary broadcaster Mike ‘Doc’ Emrick is retiring.

Even if you’re not a hockey fan chances are you’ve heard is color analysts and colleagues refer to him as ‘Doc’ as he called a game. And what a call. Emrick could make even the most boring contest feel like you were watching a history in the making. His cadence and ability to generate excitement with his voice was unforgettable.

Happy trails and retirement to the legendary Mike ‘Doc’ Emrick.

Congratulations on a magnificent broadcasting career and many thanks for your dedication to the game.#TSNHockey pic.twitter.com/XPzCXtaCb9

Having grown up during the Gretzky generation in Ottawa, Canada many NHL voices remain permanently etched in my memory. Any of the French Habs broadcasters of the 1980s/1990s (and even today) remain tops. Chris Cuthbert is pure class, as is staple Ron MacLean. But for me Bob Cole is one of the penultimate broadcasters. His call, “Lemieux on the rush…” and of course “… he scores!” were just so iconic and nerve tingling.

But ‘Doc’ is right up there among all those greats. When Emrick announced his retirement today I realized that I had likely been taking his NBC calls for granted and will miss them.

50 years is an incredible run. Per CBC, executive producer Sam Flood called Mike Emrick a “national treasure.” Indeed. And I wish him nothing but the best in his post-NHL life.