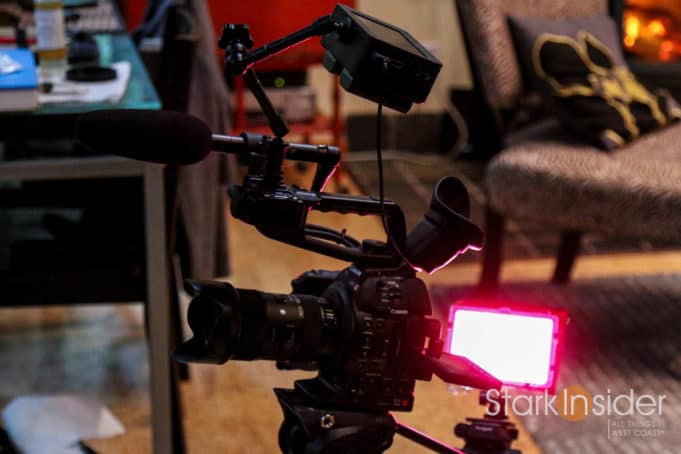 Canon Rumors is saying there will be three new models in a Cinema EOS R line-up as follows:

The Cinema EOS names are unconfirmed at this point and just guesses I believe. Canon Rumors gives this information a rating of CR2 which according to the site’s rating system equates as “good information from a known source.”

Given these days the internet gives such ready access to things like patents and that employees have been prone to leak information from time to time (or is that a marketing strategy?) rumors like these tend to be pretty accurate. Most of the time.

That Canon would release new cinema cameras using the RF mount is expected, so this seems reasonable. Strategy-wise it appears Canon first focused on its future bread and butter in the camera space, the new mirrorless R bodies including the EOS R, EOS RP and new (but hard to get) EOS R5. All those feature the new RF mount. Given that so many new lenses are flooding the market including many expensive ones from Canon themselves it makes sense that we’d eventually see proper cinema cameras that would build on the solid legacy of the existing EOS Cinema range (C100/C200/C300/C500) using its mount of the future.

Regarding the specs — see Canon Rumors for the details — it appears likely that the entry model will not have RAW recording, and will be limited to 4:2:0 8-bit files internally. With that I think this would be the one for those looking to shoot long form documentary. File sizes will be manageable and if you get the exposure right the footage will look good straight out of camera — so long as the performance of this new sensor is any bit as good as its predecessors in the C100/C200.

The next model up adds 4:2:2 10-bit and uses the same Super 35mm sensor found on the C300 Mark III. So at $6,299 this could be a very appealing camera for many working on high end commercial and real estate, wedding films, narrative and music videos. And I should note this is around the same price, or slightly less, than the new RED Komodo camera that is expected to soon ship. Then again, the Komodo records up to 6K and features the industry standard Redcode codec which is, in my view, the ultimate when it comes to flexibility of pushing and pulling during post production.

Hmmm, come to think of it, maybe the “R300” is the killer Canon cinema camera for 2020. If it comes to fruition, especially at that competitive price point, many could choose this one over, say, a Komodo, Blackmagic, Sony, and even pricier Canons. Maybe Canon is not afraid to finally cannibalize its legacy Cinema EOS models.

Worth the upgrade for Canon C100 users?

For less than an R5 you would get a proper cinema camera with ND, XLR audio, C-log, and, of course the new RF lens mount. Apparently Canon is also working on a Metabones-like focal reducer; used in tandem with this cinema camera and you’d likely be able to approximate full-frame (if not close to it), but still benefit from Canon’s famously accurate auto-focus system. Sure, this model probably won’t have super-fancy resolution like 6K, 8K, 12K. But who really needs that? I don’t think most of us do. And you also won’t get 10-bit files. Again, though, this would be (hypothetically for now) a $3,500 camera. That’s pretty amazing when you consider how much cinema and doc cameras cost ten, and even five years ago. So much value here.

In any case I’m not likely to upgrade anytime soon. Sadly, the C100 sits alone for now, loved, but unloved at the same time. We are not shooting any events around the San Francisco Bay Area. These days there aren’t many film festivals or music concerts or pretty much any live in-person events. Life in a pandemic. So Loni Stark and I have focused on our own experimental stuff. For those videos and short films I use the RED Dragon Scarlet-W as much as possible (Redcode). And in a pinch when I need lightweight or a camera I can mount in tricky places I turn to the amazing Panasonic GH5 — a wunderkind mirrorless camera that is great as it ever was.

When Canon takes the wraps of a new RF-based Cinema EOS lineup is now surely not a matter of if, but when.