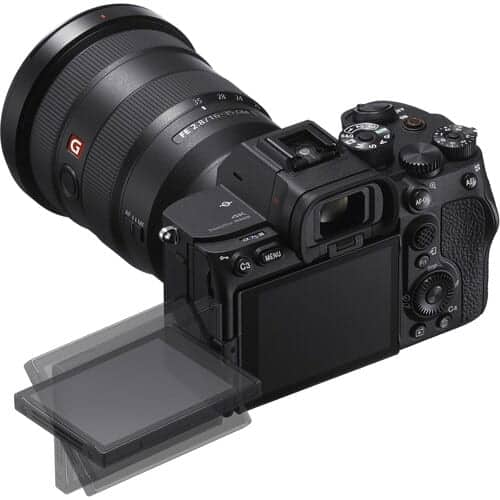 YouTubers are dancing in the streets! (or backyards)

The long-awaited Sony a7 S III has landed. At the least the specs have. Shipping starts September 2020 with pre-orders now open. More on that much welcome flippy screen in a moment.

You can check out PetaPixel for a summary of what’s new with the a7 S III which is a followup to the 2nd generation a7S body released in 2015. Not many surprises — well, come to think of it, none actually — just a nice upgrade and surely enough to satiate video shooters invested in the e-Mount system and looking for a bump in capability:

Being a full-frame mirrorless many will compare it to the new Canon EOS R5. Both the R5 ($3,899) and a7 S III ($3,498) are priced in the same ballpark and both feature full-frame sensors with strong video specs.

However, in my estimation that’s where the comparison really ends.

The R5 has a 45MP sensor, whereas the Sony has a 12MP sensor. Essentially these are cameras for different purposes. I’d take the R5 primarily for stills (it should be exceptional) and use it occasionally for video (there’s known time recording limits).

On the other hand I’d go for the a7S III if I were shooting full-time video. Weddings. Music videos. Concerts — when those days ever arrive again. Short films. Interviews. All sweet spots for the new Sony. And if you’re doing backstage stuff or working in night clubs or other dimly lit spaces, the 12MP Sony sensor should give you much better low light performance.

However, I do find Sony’s decision to build the new a7 around only a 12MP sensor a bit perplexing. After all, isn’t this supposed to be a hybrid camera? Meaning it should be adapt at shooting both video and stills? Yes, manufacturers usually put an emphasis on one mode over the other, and we’ve seen a proliferation in recent years of various versions of a model to cater to different needs. But Sony has certainly leaned (very) heavily here towards video. Then again, maybe that’s not a bad thing. The S range has been hugely successful with videographers and YouTubers so it makes sense they’d give buyers more of what they want.

If I were in the market for a new or new-ish mirrorless 4K camera for shooting video I’d short list the following:

Out of the lot my money is still on the GH5. Why not? It’s got everything you need including Vlog, 10-bit this and that, long battery life, dual SD, high frame rates, superb ergonomics with customizable buttons on almost every nook and cranny, and all the filmmaking tools you need (waveform, peaking, zebras, horizon level, etc.). Plus, it’s by far the cheapest of the lot and if you’re like me you always preferred the Super 35 look (or something close to it). Yes the GH5 came out in 2017. Don’t let that fool you. Put on a Metabones Speedbooster and a Sigma 18-35mm f/1.8 ART and revel in that IBIS and image quality. Plus, take a look at the above pricing. The GH5 is the deal of the century. We’re still happily using one (alongside a RED Dragon) to shoot video projects for Stark Insider.

On the other hand if you’re already invested in an existing system, be it Sony, Canon, Nikon, or Leica or something else, than that will likely guide your decision and you might be best off remaining in your ecosystem of choice.

In any case, the a7S III has finally been revealed. And I think the biggest news here is that flippy screen.

Sony stubbornly has stuck with a really bad design in the past. My a6000 is a good bad example. It has a weird hinged LCD on the back that you can pull out and sort of awkwardly tilt up and down. Forget Vlogging though, as you can’t flip the screen towards the lens so only someone behind the camera can see what’s going on — unless you use an external monitor. In a world of flippiness it certainly was an odd choice.

Sony stubbornly has stuck with a really bad design in the past. My a6000 is a good bad example.

So to finally see a new LCD design is refreshing. And I suspect, as Sony anticipates, this will open up the a7 S III market to thousands upon thousands of YouTubers who need articulating flippy screens to document all that stuff being documented.

Definitely an “interesting year” (too) for the camera market.