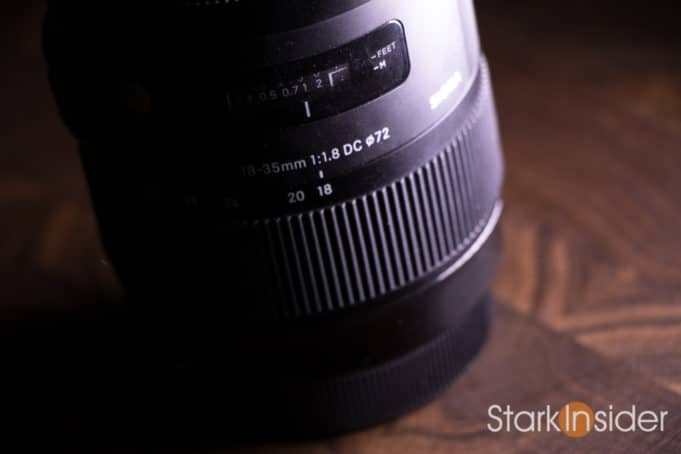 Even after all theses years, my favorite do-it-all lens for shooting video is the Sigma 18-35mm f/1.8 ART.

I’ve been shooting video, short films, experimental bits for Stark Insider since about 2004. When the DSLR Revolution began in earnest in 2008 with the ground-breaking Canon EOS 5D Mark II — 1080p video! — I dove in headlong. While then I couldn’t stretch for the $3,000+ asking price I instead opted for the much cheaper APS-C sensor line from Canon: EOS 60D to a 70D and eventually to an 80D. In recent years we found ourselves using the Panasonic GH5 a lot as it brings all the filmmaking tools you’d want (histogram, dual SD slots, focus peaking, zebras, log, etc.). Through most of that journey I just settled for plain old zoom kit lenses. I was more interested in capturing the story, the moment and the final edit. These days, however, we’ve shifted and do less run-and-gun and more set pieces.

So now I find myself almost always using either (a) a set of Rokinon primes; or, most often, (b) the Sigma 18-35mm.

There’s a few reasons why I love shooting video with this lens:

No, this probably isn’t the right lens for shooting wildlife or landscapes where many times you’ll want dramatic close-ups. Same too for most live concert situations. But for narrative, music videos, short films and the like I’ve found this Sigma lens on my camera about 90% of the time.

Think of it as a three-in-one prime. The Sigma 18-35mm essentially gives you:

Three focal ranges in one lens. With, in my view, prime level performance. That’s the incredible part. Most often with zooms you sacrifice aperture or image quality or both in exchange for being able to get a closeup shot in a moment’s notice. Yet, somehow with this Sigma you can, as they say, have your cake and eat it too.

Well-respected imaging review site DXOmark scored the Sigma 18-35mm at the top its class. Not that many of its peers or almost twice and even almost three times the price.

And DPReview had this to say in their review:

“The 18-35mm delivers such extraordinary results in studio testing that it barely seems believable.”

I’m not one to traffic in wanton, tremendous hyperbole. But in this case, after shooting for seven years with the Sigma ART, I do believe it to be true.

On any given short film project I find these two lenses pair well:

I used those two lenses to shoot the end sequence for The Flintstone House (unrelated to that documentary) when Loni receives a mysterious phone call:

Interestingly, I shot that same scene identically (same setups, lighting and angles) using a Sony A7 III with a Fujifilm MK 18-55mm (wonderful lens). When compared to the RED Dragon using the Sigma ARTs there was no comparison in my estimation. The RED/Sigma image just looked gorgeous by comparison. And, of course, Redcode is just icing on the cake, allowing me to push and pull and season the final output to taste without everything following apart.

We shot A Gift From Me To You also using the Sigma 18-35mm, but with a Canon EOS Cinema C100 (phenomenal camera):

A GIFT FROM ME TO YOU

When I bought the Sigma 18-35mm seven years ago it was, by far, the most expensive lens I had ever purchased. It still remains one of the pricier ones that I own. And I’m tempted, like so many, to buy the latest, coolest lenses. Trying new gear is always addictive. Thankfully, I have resisted the urge. With a pair of Sigma ART lenses and an efficient set of Rokinon primes what more do I need? Well, aside from ideas and skill that is…? 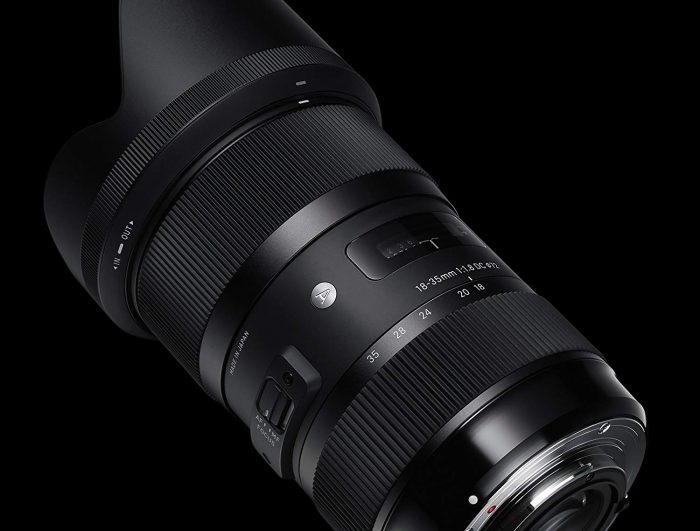 I should also note this Sigma is a good pairing for the Panasonic GH5. Though this mirrorless camera uses a MFT mount, you can adapt Canon glass such as the EF version of the 18-35mm by using a Metabones Speedbooster. The result is utterly fantastic, and will easily outperform something like the native Panasonic 12-35mm lens (excellent in its own right) in low light situations. The trade-off, though, is weight and size of the setup. Just something to consider. I like almost all my glass with the Canon EF/EF-S mount as it’s easy to adapt to just about anything: Canon, Sony, Panasonic, RED, Blackmagic… you name it.

In any case if you’re looking to step up from a standard Canon kit lens and want to try something that will take your images to the next level without breaking the bank I can’t recommend a lens more highly than the — now legendary — Sigma 18-35mm f/1.8 ART.