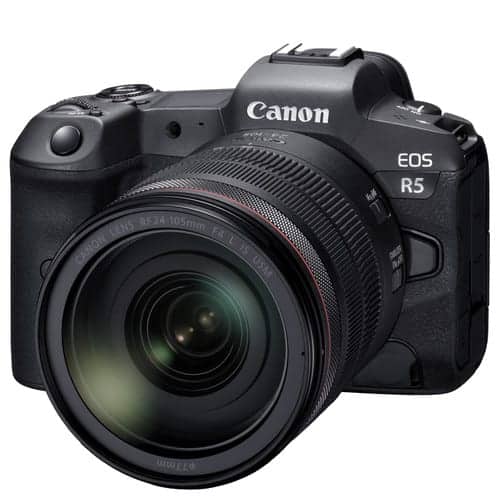 The Canon EOS R5 is officially here and I share my thoughts in this new Stark Insider article here about why I think it’s the best full-frame camera of the year.

Probably the most significant new model in Canon’s recent history, the highly touted and eagerly anticipated R5 mirrorless camera has a release date: July 2, 2020 (or thereabouts).

That according to a report from Canon Rumors (which has proved a generally accurate source per PetaPixel). Still, this isn’t official. Canon has already released most of the key specs, and has said the camera is in development so a summer release seems reasonable. On the other hand we’re in the midst of the COVID-19 pandemic so a delay wouldn’t be much of a surprise.

As for the Canon EOS R5 camera itself?

Specs-wise — if Canon delivers — the R5 is a gauntlet throw-down. An epic statement. A Phoenix arisen. Choose your cliche of choice.

And for the first time since probably the ground-breaking Canon 5D Mark II (2008) — a camera way out of my budget at the time — Canon has seriously piqued my interest in a new model, something that had waned in recent years due the proliferation of better options on the market for shooting video. For me, that would still be the Panasonic GH5 (2017). What more do you need? The GH5 has clean 4K 10-bit video, dual SD slots, a flippy screen, high frame rates, IBIS and on and on. If we can’t get the job done with that camera — or similar competitor models like FujiFilm X-T3 and X-T4 or Sony Alpha cameras — then it’s really not the camera’s fault.

You can learn more about the R5 specs on B&H Photo which has a stub with specs. Some highlights:

Keep in mind this camera folds into the relatively new “R” line. That means the lens mount is RF. To use you’re existing Canon EF/EF-S glass you’ll need an adapter. Going that route might not be a bad idea as native RF lenses are very pricey. I prefer shooting on Rokinon primes or Sigma ART zooms (18-35mm and 50-100mm make for a sweet pair).

Given Canon’s past success with auto-focus (DPAF), I’d expect the R5 to do well in that regard as well. So this could be a versatile camera for enthusiast shooters. Tech and filmmaking bloggers and YouTubers have thrown no shortage of shade at Canon. Could the R5 finally satiate critics? (answer: there’s always going to be someone complaining about something — anything — on the internet)

Headlines gravitate toward 8K as the key selling point or attraction. But for me I’m not so sure. For short films and experimental videos 8K seems wholly unnecessary. 4K is plenty — or even 5K on the RED Dragon is just fine. With 8K I’d expect files to be quite large. Who wants that for most narrative projects? For some shooters, the 8K of course will be useful: landscape and travel; wildlife; and high-end fashion films for example.

Of all the years, 2020 could be the one that puts Canon back on top.

Still, I’ll be watching the R5 launch closely. I doubt I’m about to give up my GH5 or Scarlet-W (Redcode any day of the week) anytime soon. Both are workhorses and have never failed me shooting videos the last few years for Stark Insider. See below for a short video segment I shot on RED with a Rokinon 35mm prime:

AND IT HURTS
The woman. The jacket. The city.

A short film by Clinton and Loni Stark. Shot on RED Scarlet-W with a Rokinon 35mm prime.

Meantime, Sony is expected to finally release the Alpha A7S III. Given the success of its predecessor for video shooters I’d expect plenty of interest in this mirrorless camera body. Let’s hope Sony addresses its dreaded ergonomics and menus.

Panasonic could soon release the Panasonic GH6. But what more do you want that the GH5 doesn’t currently deliver? Is the lack of a GH6, for instance, preventing you from being creative and executing on your projects?

Of all the years, 2020 could be the one that puts Canon back on top.