Google’s Android OS has had them for years. Now, finally, widgets are coming to Apple devices.

Today, at a virtual edition of its World Wide Developers Conference (WWDC), Apple previewed the next release of iOS. Now in its 14th iteration, the new release is coming later this year and as most OS upgrades is bringing several major new features. Some highlights include:

But the one new feature that will appease those reluctant Android switchers will likely be home screen widgets:

Widgets are re-sizable bits of information that sit on your home screen in panels next to app icons. The idea is that you can see key information — say a weather forecast or stock price information — without having to launch an app.

Current versions of iOS on both the iPhone and iPad do have a sidebar with widgets that you can access by swiping left to right on the main home screen. However, that requires an extra step. Widgets integrated into the home screen should, in theory, increase productivity by allowing users to glean more information at a glance without having to take extra steps. Again, Android users have had customizable widgets — it seems — forever.

In addition to an auto organizing Library App, another related home screen feature in iOS 14 includes the ability to organize and edit home pages, as seen here in this preview: 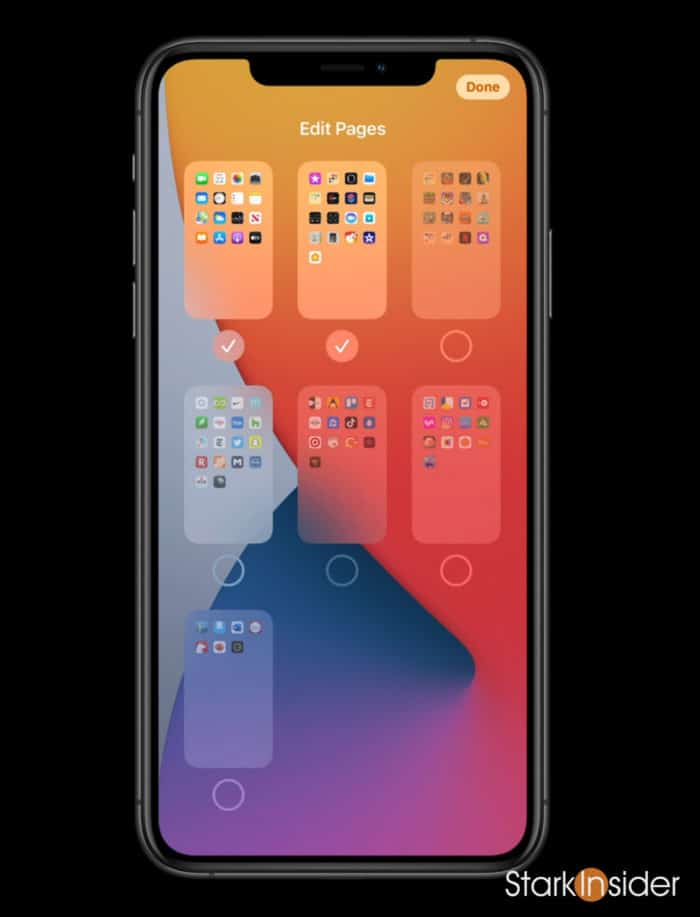 CEO Tim Cook kicked off the WWDC presentation today with comments about the George Floyd killing and racial equality and justice.

Other topics at WWDC included updates to iPadOS, watchOS, tvOS and macOS (Big Sur). Also, previews of new Mac hardware were demonstrated with a shift from Intel to Apple processors on track for a 2021 transition.