As San Francisco Bay Area theater companies struggle to bring shows to a new, online-only audience we see different approaches being employed to keeping us engaged. Many have turned to streaming and virtual experiences — given social distancing these seem like pretty much the only viable alternatives.

Meantime, others, like the Magic Theatre in San Francisco, have been planning ahead. Surely the world as we knew will return, however altered.

The team at Magic have been busy putting together the final touches on their upcoming season. And we have the line-up as revealed this morning for 2020-2021. (see below for details)

“In the spirit of a newly imagined future, and the anticipated joy of sharing a physical space together, again, I am thrilled to share with you Magic’s 2020-21 season of astonishing new plays,” says Artistic Director, Loretta Greco. “Seeking grace, compassion, and agency, these three world premieres from theater’s most striking voices, will break new ground as we venture not only into a new season, but into an innovative new normal. This trio of writers delightfully deploy unforgettable language, wonderful humor, and deep emotional intelligence- while boldly and perceptively investigating some of the most substantive issues of our times– in a way only theater has the power to do. Their collective brilliance: they will make you laugh as much as they make you think and ultimately feel.” 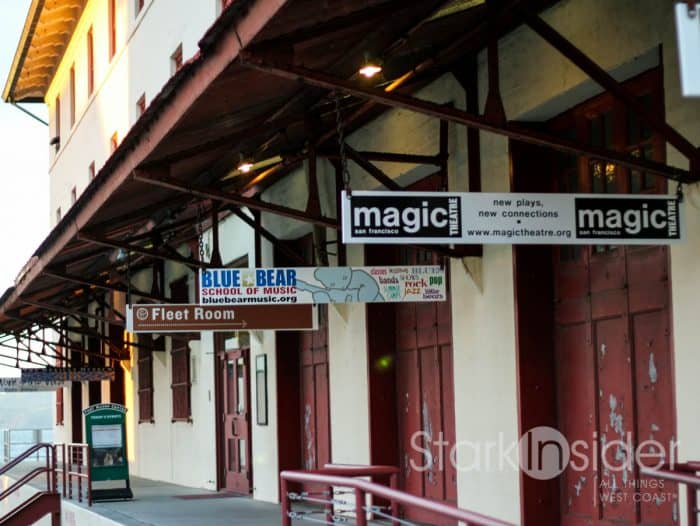 Nellie Dougherty is tired of this shit. In a mythic now, a lone Montana farmer’s hopes for anonymity are thwarted when a stranger with a flyer arrives on her doorstep. Miranda Rose Hall’s caustically funny world premiere, THE KIND ONES, contemplates the role of community and the heart of good and evil when systems fail. Send in the pigs! Featuring Bay Area luminary Anne Darragh.

Ex-coder Mac has fled modern civilization for the coastal woods. With the clock running out she fastidiously composes lists from memory—Endangered Animals, States of Mind, Things Lost—with a wisecracking gray fox as a frequent companion. Beloved by Bay Area audiences since before her Magic smash-hit Or, Liz Duffy Adams returns in this world premiere that asks the big questions through soaring language and physical comedy only she can deliver.

Specific production dates, complete creative teams and casting will be announced at a future date.

Even in the best of times arts organizations face daunting economic headwinds. With the coronavirus and the uncertainty surrounding the end of shelter-in-place and social distancing guidelines, I can imagine that business will be increasingly tougher to manage. Especially since we can’t congregate. After all, theater is about community, supporting each other, taking chances, and, ultimately, working closely together — audiences and artists alike. One way to help of course is to donate. But in many cases you can also help by buying season tickets early. Why not? If you already enjoy Magic — and/or any of the other incredible non-profit theaters around the Bay Area — maybe consider scooping up tickets for next season. That income will help provide valuable cash flow to help non-profits make it through this downturn.

… there’s so many playhouses here in the SF Bay Area to celebrate and support. Consider reaching out to see how you can help.

Meantime, Magic Theatre says it will provide more information on the dates for each of its shows for 2020-2021 when they (and all of us) know more about how the COVID-19 crisis evolves.