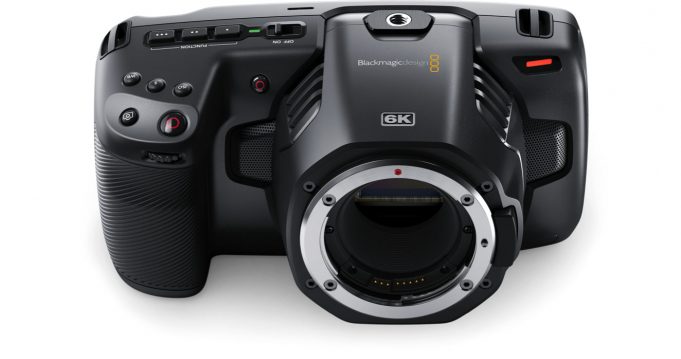 First there was the new Pocket 4K. At only $1,295 USD an incredible bargain no matter how you slice it, for a camera that captures cinematic RAW footage.

Then came the 6K version of the Pocket. It originally retailed for $2,495. Still reasonable given any competitor that had a camera offering — be it cinema, DSLR or mirrorless — with that resolution and its long list of features costed substantially more. 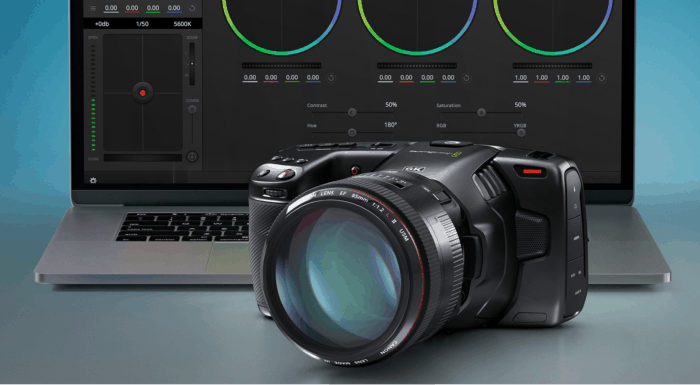 Now, Blackmagic is dropping the price of the 6K model by… a whopping 20%… so you can now buy this solid cinema camera for $1,995.

With a Canon mount, the Pocket 6K can work natively with all your existing EF glass and adapters. So that’s a nice bonus for those of us who have been investing in that system over the years.

Per the press announcement that I received from Blackmagic:

Reducing the price by $500 helps make the camera more affordable for users working on digital film projects, as well as live production with Blackmagic Design’s new ATEM Mini switchers. With the price reduction for the Pocket Cinema Camera 6K and the recent Camera Update 6.9, customers now have even more creative options for live production.

Keep in mind if you do decide to buy a Pocket 6K (or the 4K) you also get an activation key for DaVinci Resolve Studio, so you can edit and color grade your Blackmagic RAW footage right out of the box without incurring additional expenses. That’s a pretty compelling value proposition for those in the market for a cinema camera that can’t quite afford or justify a pricier RED, Sony or Canon.

Another thing to note, is that this a pretty serious bit of kit. You need to know how to color grade, expose, focus, and handle relatively large file sizes. There’s no In-Bod-Image-Stabilization (IBIS) so you’re on your own there too — use proper tripod, gimbal and stabilization techniques of yesteryear for best results. And that’s the fun of it really. This is like a sports car without all the overwrought safety systems. A camera like this can make you a better shooter or cinematographer if that’s your goal. If it’s your first outing you will make mistakes with something like the Pocket 6K. But you’ll learn and get better over time.

FYI this is what the ever-likable head of Blackmagic had to say about the news:

“We have worked very hard to build this camera at lower cost, and we think even more people will be able to take advantage of this price reduction to move into a more advanced and much higher quality digital film workflow,” said Grant Petty, Blackmagic Design CEO. “This has become more important with COVID-19. Many broadcasters have been setting up home studios for presenters, which have used ATEM Mini switchers and Blackmagic Pocket Cinema Cameras. We think with the recent software updates for switcher control of the Pocket Cinema Cameras from the ATEM Mini switchers, combined with this more affordable price it will greatly help this workflow.”

Hobbyists and casual shooters who prefer something less complex and with more automatic features would do better in my view to check out something like the Canon EOS 90D or new Fujifilm XT-4. Blackmagic is not really a run-and-gun camera, at least for first timers.

Another reason why Blackmagic likely reduced the price of this camera is also referenced in the release: live broadcast applications.

Given the current COVID-19 pandemic and the rise of WFH tech companies like Zoom, it only makes sense that that Grant Petty and the Blackmagic Design team would want to tap into this burgeoning market opportunity — combining Pocket 6K cameras with the ATEM Mini switchers to those wanting to stream high quality live content.

In any case, a Blackmagic Pocket Cinema Camera 6K for only $1,995 is an alluring proposition. If you’re sheltering-in-place this could be a good time to sink your time and skills into learning a new piece of gear so you’re ready to go when things do open up again.