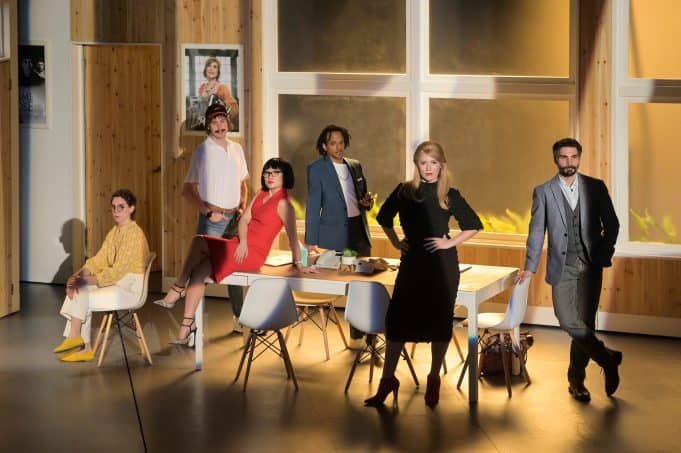 “The impact of COVID-19 is crippling to a nonprofit theater.”

Across the San Francisco Bay Area and the country and world, theaters and live venues are shutting down. But, as they say, the show must go on.

And for American Theater Company (A.C.T.) here in San Francisco that means turning to the internet.

Two of its recently cancelled shows, Gloria and Toni Stone, will still be able to reach audiences thanks to the BroadwayHD streaming service.

You can buy tickets online starting at $15. You will then receive an email with instructions on how to view the show, and you’ll have until Sunday, March 29 to view the production. Per the announcement:

“Theater has always provided an outlet for escape during times of uncertainty. It is our hope that we can provide a few hours of enjoyment and inspiration while we as a community collectively weather this storm.”

A.C.T. is not the first and certainly not the last to employ technology to extend its stage virtually. Many around the country are doing the same thing. As for the experience itself I’ll be interested to see how watching a theater production on a screen at home translates. Will it have the same dynamic of a live show with an audience? Probably not. Then again, it also won’t have the coughs and sniffles and distractions all too common these days at live events where attention-spans are often in short supply.

A finalist for the Pulitzer Prize in 2016, this scalpel-sharp dark comedy explores how we cope with trauma and the tales we tell each other to escape. In the dog-eat-dog office of a New York magazine, twentysomethings Ani, Dean, and Kendra compete for a book deal to kick-start their careers. But after tragedy strikes, which one of them will write the story?

Toni Stone dreams of nothing but baseball. But to become the first woman to play professionally with men as a member of the Negro League’s Indianapolis Clowns, she must confront hostile crowds, ruthless team owners, and players who slide spikes first. As she negotiates life’s challenges and opportunities on and off the field, Toni stays true to herself and reaches for who she can be.

In this new play, playwright Lydia R. Diamond (Broadway’s Stick Fly and Showtime’s The Affair) uncovers the theatrical journey in Martha Ackmann’s book, Curveball: The Remarkable True Story of Toni Stone. The culmination of a seven-year collaboration between Diamond and director Pam MacKinnon, Toni Stone is the extraordinary, real-life story of a trail-blazing Bay Area athlete.

You can buy tickets to Branden Jacobs-Jenkins’s Gloria and Lydia R. Diamond’s Toni Stone at the A.C.T. web site, and begin streaming in the comfort of you own home. If you’re sheltering-in-place, might as well take a moment to enjoy some quality theater, and support non-profits and community arts in the process.