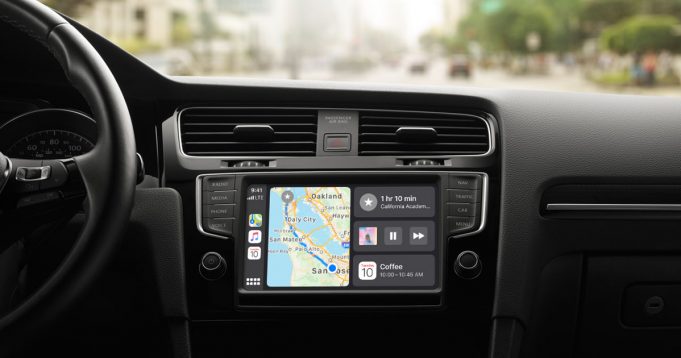 Tesla owners can already lock and unlock their cars using a smartphone such as the iPhone. But what about the rest of us?

9to5Mac has uncovered what looks to be an upcoming feature that will do exactly that.

The feature could be called “CarKey” and is found in the beta build of iOS 13.4:

iOS 13.4 contains references to a “CarKey” API, which will make it possible to use the iPhone and also the Apple Watch to unlock, lock, and start a car. According to the system’s internal files, users will be able to use CarKey in NFC-compatible cars, as they only need to hold the device near the vehicle to use it as a key.

To use CarKey to unlock an NFC-enabled car, you’d simply tap the reader with your iPhone or Watch.

Given the emergence of smart locks for the home this makes a lot of sense. More and more of our old state physical lives which included things like keys and credit cards and cash are migrating into the great big digital. Security concerns? But either way they exist. You can just as easily lose a key or a $100 bill as you could have a hacker get into your account.

Tesla is proving that cars of the future are software apps rolling on four wheels, with zero emissions to boot. It only makes sense that other companies follow suit. Smart phones control everything else in our lives, so why not also our cars?

I’d expect Google — if it’s not already in development — to follow suit with a similar car control feature for Android.

Apple’s iOS 13.4 remains in beta, with no known release date, but we would expect it soon-ish.