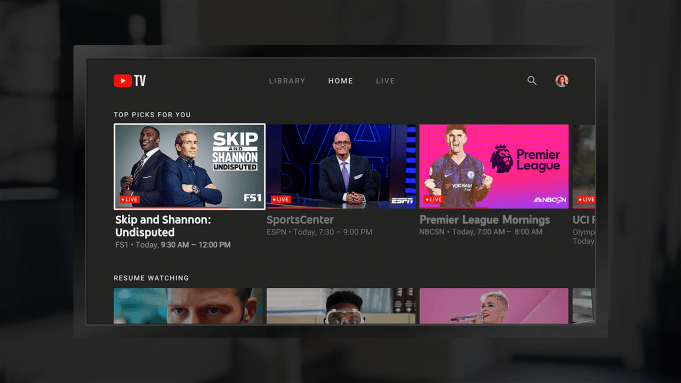 If you’re looking for other ways to get your TV fix and watch your favorite shows without a satellite or cable, consider that old video game box sitting on your console. PlayStation 4 (and PS4 Pro) owners can now install YouTube TV.

Google’s nascent streaming service brings a lot to the table. For $50 per month it’s not cheap (Netflix starts at $12.99). But you do get a sizable chunk of content. All told YouTube TV offers over 70 channels, including the likes of NBC, ABS, CBS, FOX, ESPN, CNN, Food Network, FS1, Fox News, MSNBC, NBC Sports, TNT and a whole bunch more. In addition you can enjoy your local sports and news. Best of all, according to the YouTube web site there are no contract or hidden fees to worry about (and no pesky cable box to install).

Up until now Sony had been pushing its own online streaming platform called Vue. However, per The Verge that will be shut down this month; just as the far more robust Google TV fortunately steps in.

The YouTube TV app is now available on the PlayStation Store and can be downloaded for free, but will require the aforementioned $50 per month subscription fee to use. Good news, though, for the curious. Google does offer a 30-day trial so you can give it a spin before committing (and even when you do, it’s month to month, sans contract).

Fear not. YouTube TV is also available on most other leading devices: Roku, Chromecast, Apple TV, Xbox One, Android, iOS, FireTV. You can also find the service on most new televisions made by LG, Samsung, Vizio and Sharp.

Online streaming continues to be an increasingly crowded place.

In addition to stalwarts Netflix and Amazon Prime Video and recent entrant Apple TV+, you’ve got a sea of choice (and potential confusion when attempting to replace your old TV provider): Hulu, HBO Now, Sling TV, Disney+, fuboTV, CBS All Access, Philo, Acorn TV, among many others.

And, if you’re old school, you can still subscribe to AT&T or DirecTV who now both have cloud and streaming features.

For now it would seem if you’re willing to spend the premium and need all those channels, YouTube could be decent, if expensive, choice.