As a resident of Northern California, air quality is a constant concern. Wild fires have, for the first time in my life, heightened my awareness of the importance of clean air, and doing what I can to reduce smoke and other unhealthy particles circulating in our home. Unfortunately I can’t control the damage of a wild fire, but I — we — can control, at least to an extent, the quality of air in our homes.

So I’ve spent the last 6 months researching the market. Specifically I’ve installed several air purifiers throughout our Silicon Valley home to see how they perform over the span of a year. This summer I will take apart the air filters and assess whether or not air purifiers are worth the money. I’ll be sure to share those results here on Stark Insider. Manufacturers included in that round-up will include models from Coway, Blue Air, and Winix.

For now, one of my favorite air purifiers is the Coway AP-1512HH. The price is right. It’s generally quiet. Can switch off completely in economy mode leading to less energy consumption and operating costs. And, best of all, it seems very well made. If I had to recommend a purifier to a first time buyer, I’d say take a close look at the Coway. (the newer Coway Airmega 200M is also worth a look, but is more expensive for essentially the same purification process).

With that, what exactly is inside an air purifier?

Here I’m sharing some photos of the air 4-stage air filter system found inside the 1512HH.

If you suggest this is simply an air filter on top of a fan, I think you’d be right. However, unlike a kludgy home-made device, duck tape monster, air purifiers tend to look aesthetically decent, and feature sealed air filter systems, in addition to advanced controls that you’d won’t typically find on a DIY project.

Inside the Coway AP-1512JHH Air Purifier

Here’s what the filter system looks like on the Coway AP-1512HH: 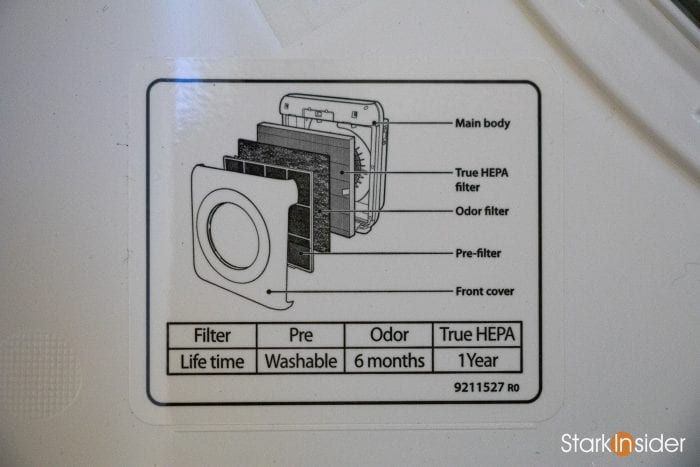 Like most systems, the replaceable filter is rated at 6 months. The pre-filter is made of plastic and is washable and doesn’t need to be replaced. And also like most air purifiers on the market (but not all), this Coway model uses HEPA rated filters.

Links, reports and other resources I’ve found useful when considering the topics of air purifiers, HEPA, effectiveness, and definitions.

HEPA stands for High-efficiency Particulate Air. According to Wikipedia, air purifiers that feature a HEPA filter must remove from the air that passes through “99.97% (ASME, U.S. DOE) of particles whose diameter is greater than or equal to 0.3 μm” (in the U.S. market). 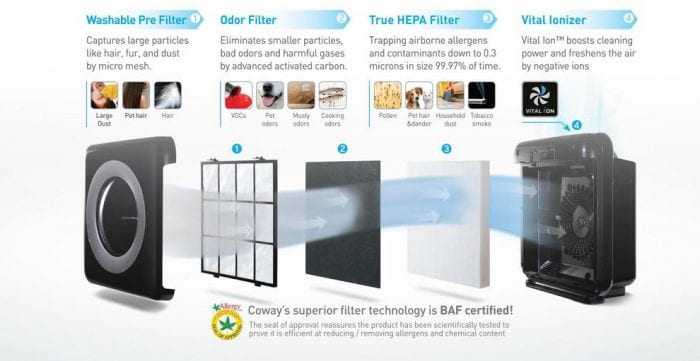 Back to the four stages of the Coway AP1512HH, here’s what each one does, in order of processing: (note these are the manufacturer claims)

There’s really nothing too special here. Look to other models and the process is generally the same. The question is how effective over time is this air purifier in removing unwanted particles from the air in the home?

Marketing claims aside, I’ll await to make the final judgment as to its effectiveness in about 6 months time when it’s been running for a bout a year, and I can assess the amount of particles captured in the filter itself.

More photos here of the inside of the Coway AP-1512HH 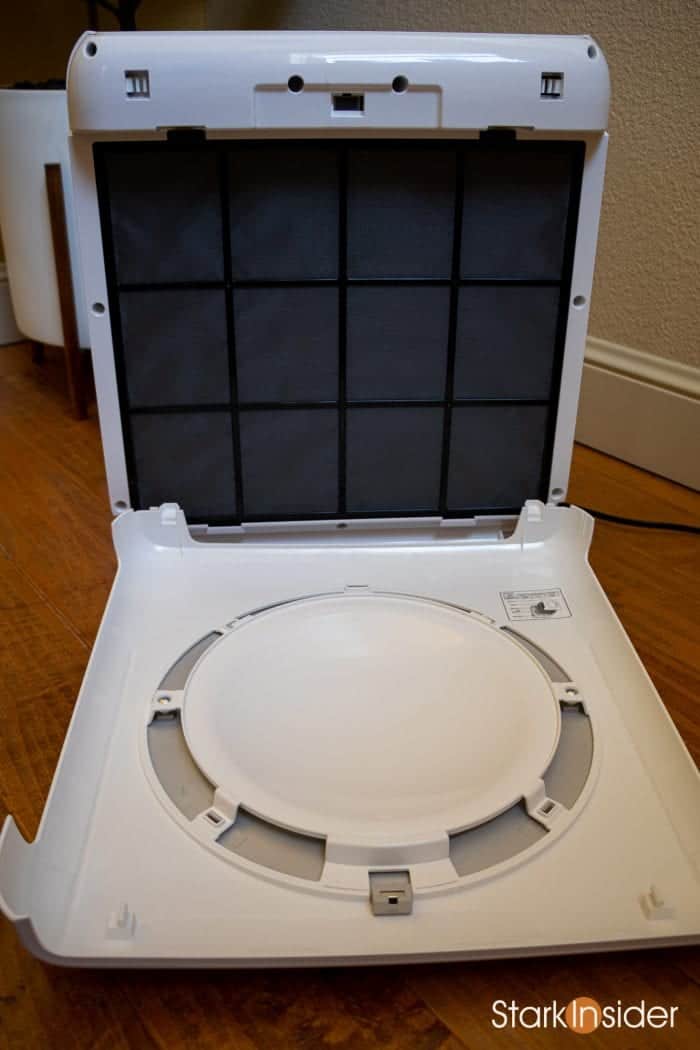 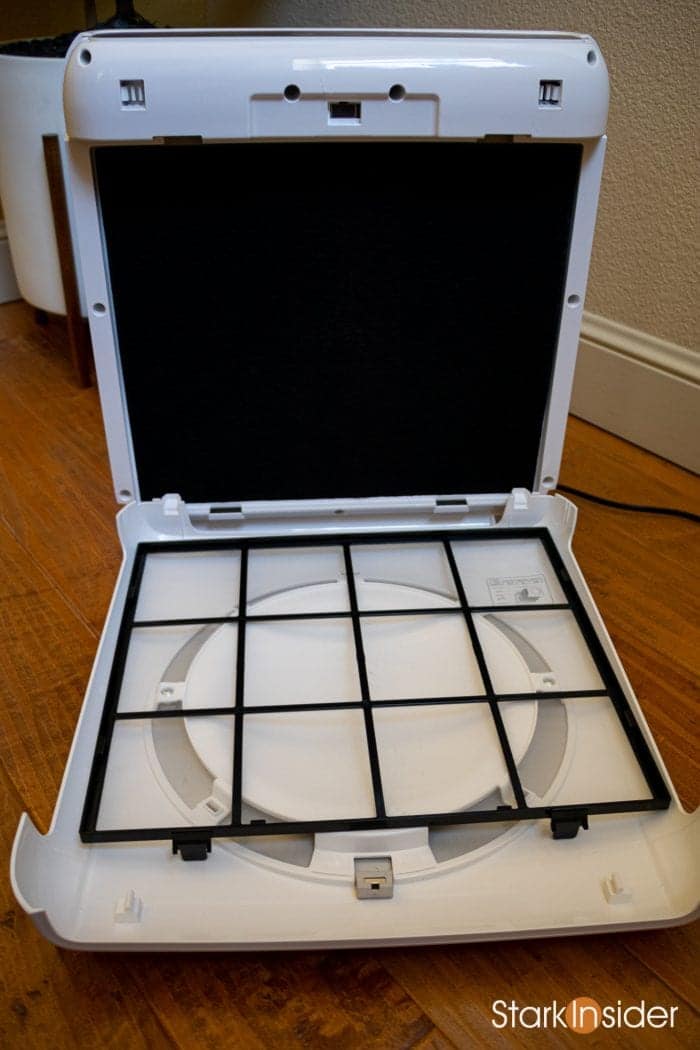 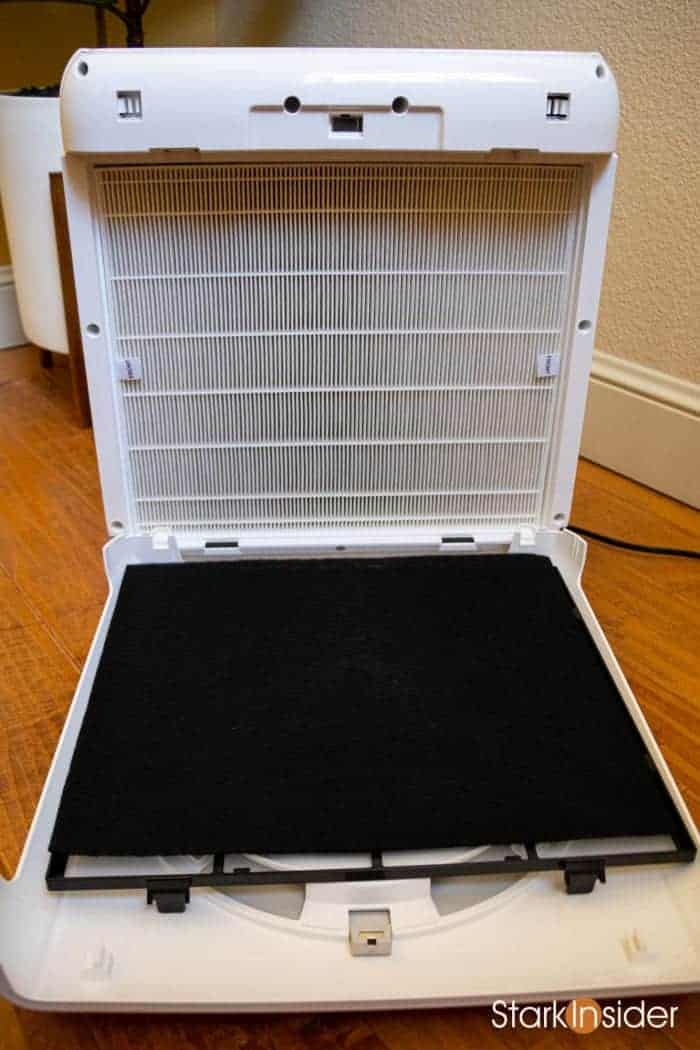 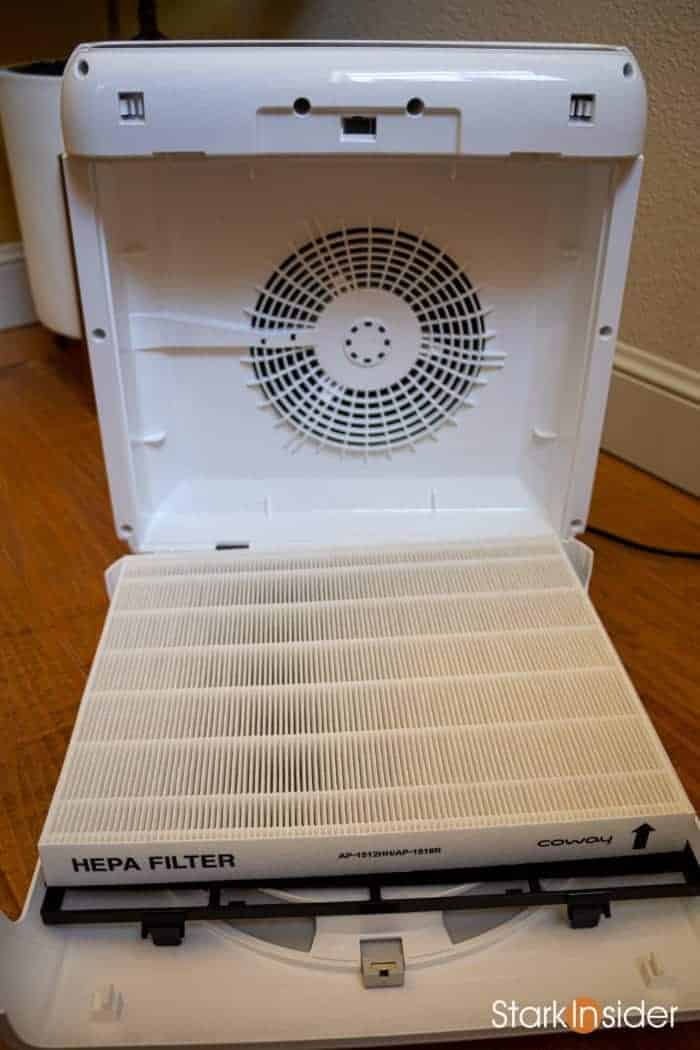 I’ve had this Coway running in my home office for about 6 months now. Looking inside I can see that particles, lint, dust, etc. is definitely being captured. Given that our home doesn’t have pets and is pretty clean, I will likely not replace the filters yet as they don’t look terrible at this point, and the 6-month replacement timeline is merely a general recommendation (and let’s face it, manufacturers would like us to replace them as frequently as possible).

Still, I’m so far impressed. This is a quiet air purifier for the most part. When it does detect bad air quality it spools up the fan and it can definitely get loud, but only for short periods of time, after which it generally quiets down to a library level — or, as I mentioned earlier, switches completely off when its sensor registers clean air.

In summary, my thoughts so far on this popular air purifier: 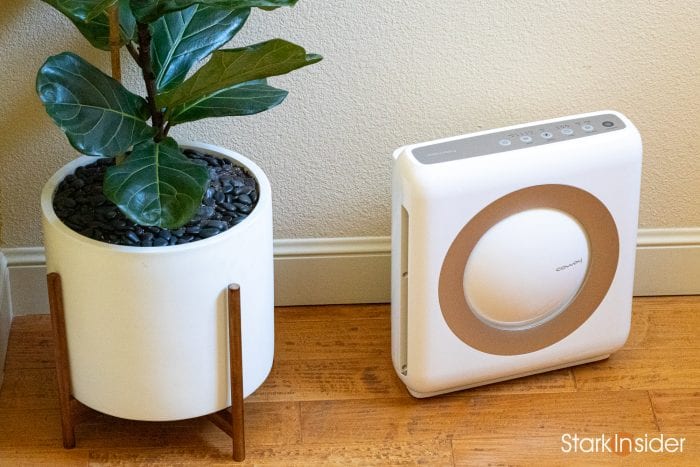 Stay tuned, in 6 months I’ll check in on the Coway filters and assess their overall effectiveness. It won’t be scientific to be sure. Just one family’s experience in real world use. Also, at the 1 year mark I will compare the used air filters of various Coway and Winix models and see whether or not they perform the same of if there’s variation across them. We will see.

Meantime this Coway AP1512HH air purifier appears to be doing a decent job of keeping the air pretty clean in my home office. For me the peace of mind is worth the marginal investment.