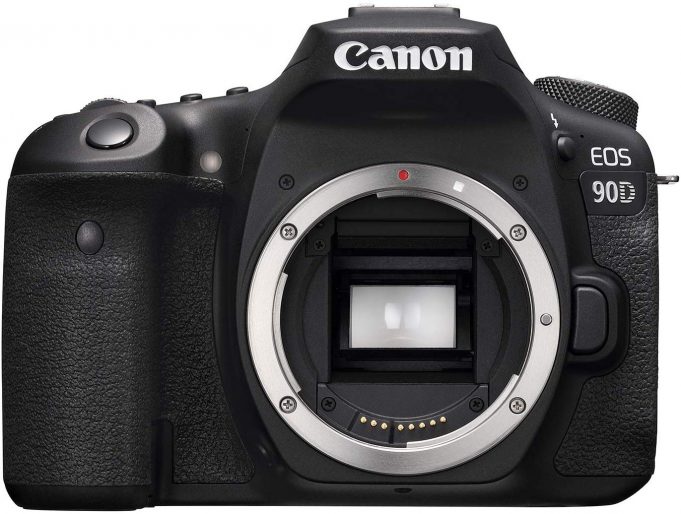 Hallelujah! Canon has listened after all it would seem. Firmware updates to the EOS 90D, EOS RP, EOS M6 II will enable the 23.976fps video recording option that was originally missing from those cameras.

Canon is a mysterious company. They make great cameras. No question. But you have to wonder if the 21st century has been a tricky one in terms of innovation and remaining competitive.

The smartphone camera is not helping.

Thanks primarily to the strong cameras found in the Apple iPhone and Google Pixel and Samsung Galaxy, in addition to the increasing magic that is computation photography, the smartphone has all but destroyed the point-and-shoot camera market — after all, why carry a dedicated mirrorless or DSLR camera when your phone is more than good enough for the job?

But, there’s also Canon themselves.

They tend to occasionally shoot themselves in the foot. And it’s completely unnecessary.

For instance, for whatever the reason, Canon management felt it unnecessary to include 23.976fps video recording in recent camera models:

That means video shooters will finally escape the soap opera nightmare known as 30p video, and set things right with the world and shoot their short films, music videos in proper 23.976fps. The way cinema was meant to be, YouTubers by damned.

Of course, to be fair, 30fps does make sense in some situations. Sports may be one of them. There you want clean, even video-like images, as clarity is important. Wildlife too.

But for narrative it’s hard to beat the history of cinema and film, which has been traditionally (but not always!) shot at 23.976.

Why Canon decided to remove that specific frame rate from its new cameras is absolutely perplexing. None of the competition crippled their models the same way.

Having once worked for the Silicon Valley branch of a Japanese company, I do know that things can move slowly (and purposefully). Here in San Jose, we might look a quarter out, or even a full year to plan financials and strategies. My — albeit, limited — experience reporting in to Japan was that a long-term view was required. Meaning, not one, or two or even three years, but beyond. The really, really big picture.

Sometimes, however, that mindset can cause problems in fast moving markets. Especially in the digital camera space. The rise of the smartphone camera only began in 2007 with the introduction of the iPhone. Now cameras are the talking point when it comes to phone launches. And because Apple, Google, Samsung and others are experts in not only hardware, but software (OS and apps) it means their cameras can take advantage of slick and sophisticated features that old school DSLR, and even mirrorless, cameras can not (social media sharing would be one obvious and important example).

Clearly in this day and age, to me at least, it seems that Canon should be adding features not taking them away.

It’s 2019 and the camera market is being disrupted in mega fashion. The old school guard such as the Canons, Nikons and Sonys need to adjust to this new reality.

Nevertheless at least you can shoot in 23.976fps on your shiny new 90D. It’s a great camera. I loved my 80D and used it frequently to shoot lots of content such as film and musical festivals, interviews, backstage Broadway features and the like for Stark Insider. Still, I think I’ll stick with the Panasonic GH5 for now. Beast of a mirrorless camera. It too shoots 23.976fps…