Boom. Blackmagic Design has given Pocket camera fans what they wanted. An EF mount.

During a live streaming session available on Facebook and YouTube CEO Grant Petty revealed the new model, which not only features a Canon EF mount, but also increased resolution thanks to the larger sensor: 6144 x 3456 (Super 35). That would be, incredibly, 6K.

And the price, in keeping with BMD’s philosophy is impressive too:

Aside from the EF mount, larger sensor and resolution, all other specs appear to be mostly the same based on the presentation:

As you might expect, the new model is called the Pocket Cinema Camera 6K.

The new model will sell next to the existing Pocket Cinema Camera 4K which still sells for — remarkably — only $1,295. Petty did mention and apologize for delays in shipping and backorders, mentioning the complexity of supply chain logistics in the tech industry. I’d say this demand points to the success Blackmagic is having in bringing so much bang-for-buck to the market.

As a GH5 video shooter, I’d have to say the Pocket 6K may tip me over the edge.

As a GH5 video shooter, I’d have to say the Pocket 6K may tip me over the edge. Now that I can use all my EF glass (without an adapter) and take advantage of larger resolution and Super 35 look, to possibly match 5K footage from our RED Dragon for Stark Insider videos, the value proposition is indeed enticing. 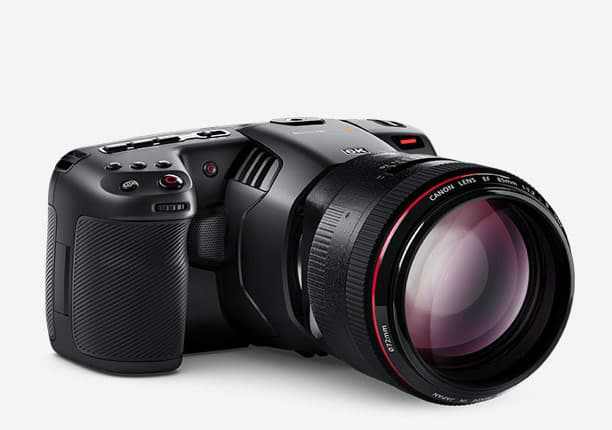 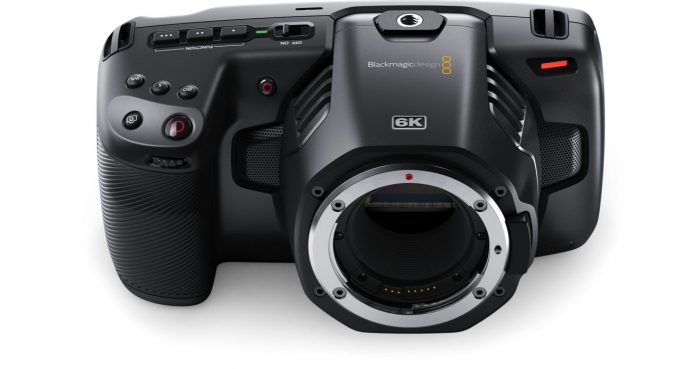 One other thing worth mentioning about Blackmagic in general is how laid back and humble the company appears to be. Grant Petty himself does the demos and hems and haws in the nicest way possible as he reveals new software and hardware products. It’s quite a contrast to other camera manufacturers. You can clearly see the passion he (and likely his team too) have for what they do. It’s refreshing, especially given the overwrought hoopla we’re accustomed to seeing here in Silicon Valley. Who knows? Maybe Grant is the consummate salesman — he readily makes you want to cheer this Australian company on no doubt.

Blackmagic is selling the Pocket Cinema Camera 6K for $2,495 (USD). Petty says availability is now. So check your favorite online retailer for stock ASAP… or be faced with the inevitable back-order notice that soon follows new Blackmagic cameras.

Don’t worry Pocket 4K shooters. Blackmagic has still been refining that camera, with a software update coming in a “month or two” which will include heavily requested anamorphic modes and a Super 16 mode (great for vintage lenses). 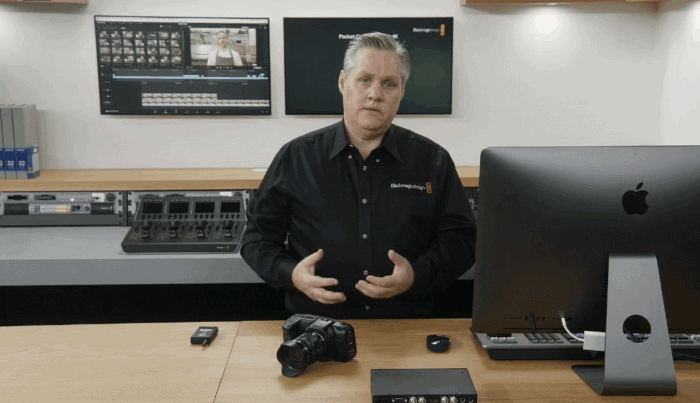 In addition to the new Pocket 6K, Blackmagic showcased some updates to the increasingly impressive DaVinci Resolve editing and color grading suite, in addition to upcoming software updates for the Pocket 4K camera.

“The best gift we can give each other is our creativity.”

Very exciting announcement(s). Blackmagic continues to push the market with its innovation. It will be interesting to see during the back-half of 2019 what RED (Komodo?), Sony (A7S III?), Z Cam, Panasonic (GH6?), Canon (EOS 90D?) and others do in this space.

UPDATE: Someone was paying attention to Blackmagic’s live stream… CEO Jarred Land just shared more detail on RED’s mysterious upcoming Komodo 6K camera. We do know it will use Canon’s new R-mount (which is great as you can use the EF adapter with built in ND, nice!) and will use Cfast in some way for storage. Beyond that, not much is known including the release date. Coincidence this additional Facebook sneak peek of Komodo leaked today?! 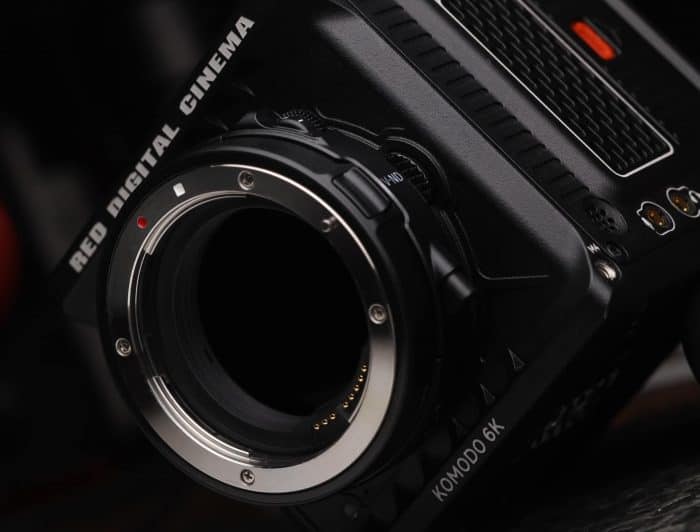