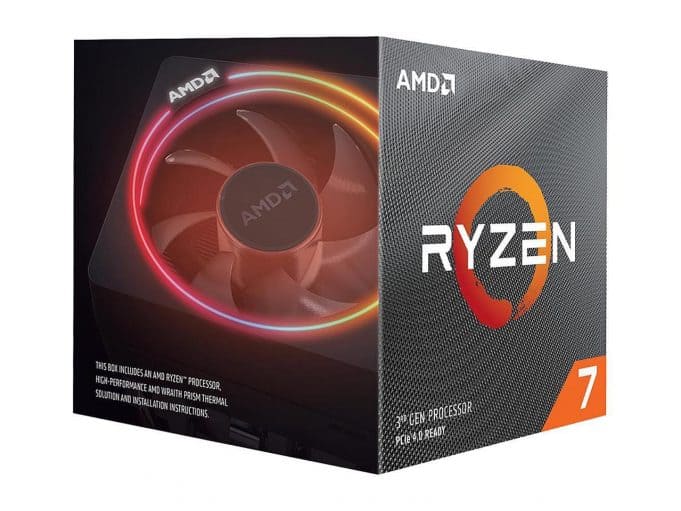 AMD has made things interesting for long-time Intel PC builders. Could Ryzen be a good choice for video editors?

If you’re like me, you’re about due for a PC upgrade. I’m coming up on the end of year 4 with an Intel i7 6700K build. I have no complaints with the Intel CPU. Performance has been decent enough, and I was able to rip out all the fans so that when I’m video editing everything is near silent — the GPU fan does spool up as needed on occasion, especially when rendering or exporting from Premiere Pro.

So I’ve been keeping a loose eye on what’s been happening in the chip wars of late. Intel vs. AMD. News over the past few years has come fast and furious thanks to the phenom processor known as Threadripper. AMD came out swinging hard and I’m guessing threw Moore’s Law for a loop. How on earth could we get so much power at such bargain prices? I don’t know the details. All I know is that as I priced my upgrade PC build I was very pleasantly surprised at the amount of video editing power I could get for not-so-much money. And definitely far less than going Mac desktop.

As I studied the market and the various chipsets I learned that the latter used a socket (motherboard) that could not be upgraded further. For instance, if a few years down the road I wanted to get a little more processing oomph for Premiere I couldn’t just do a CPU swap. Rather I’d need to rip out the entire motherboard as well.

Then I read all about the 3rd gen AMD Ryzen chips that were just released. Wow. What is happening! I never thought I’d be seriously contemplating an AMD CPU as the brains behind my next build. I’ve been on Intel… forever. I’ve been building my own Windows workstations since the 80s, back then when they were known as PS2 compatibles (IBM lore).

Of course my attention gravitated toward the top of the Ryzen stack, specifically the Ryzen 9 3950X. 16 cores/32 threads at 3.5GHz, and plus — very key for moving large amounts of 4K and 5K video footage — PCIe 4.0, which basically doubles throughput of data over the 3.0 standard which is the best that Intel currently offers. At $749 USD the 3950X is not cheap. Then again, just a year ago I was building around Threadripper which was (is) even more expensive. Hard to deny the price-performance ratio is still amazing. And since I spend so much of my life in the Creative Cloud — Premiere, Illustrator, Lightroom — having fast performance is really important to me, especially given I try to go 3-5 years before a next major hardware refresh.

Pros may look down on the measly 3700X. After all it’s four rungs down from the top dog 3950X. And it’s certainly no Threadripper.

However, for the bargain chasers and those concerned about electricity costs (based in the San Francisco Bay Area means I’m a PG&E customer and pay far more than the U.S. kWh average), I think the Ryzen 7 3700X warrants a close look. Aside: Puget Systems has first look benchmarks  for video editing and content creators with 3rd gen Ryzen.

The other nice thing about this lineup of Ryzen chips is the new platform: Zen 2, along with x570 motherboards. They’re definitely a little pricier than current AM4 boards. But, I think possibly worth it. First, you get PCIe 4 — to me, critical and something Intel doesn’t currently support with any chip (that I’m aware of at least). Next, and equally important, you can swap out a CPU for a performance boost. In a year or so after the top tier 3950X has been out for a while and dropped in price I can do a CPU swap thanks to the x570 board. That’s something not possible with the Intel i9 9900K which would require a new motherboard install for any hardware update. That’s my current understanding and I could be wrong.

With all that said I’m leaning towards an AMD video editing build.

One thing giving my slight pause as I round out the final leg of my research is some of the feedback I’ve been seeing from Premiere Pro users. Across some of the forums I’m seeing some complain about timeline performance with AMD chips, even with Threadripper. Apparently seeing as Premiere is not multi-thread optimized as well as it could be, powerful single thread chips like those from Intel like the i9 9900K may be more Premiere-friendly. Hard to say. I’ll be paying close attention to benchmarks and comparisons in the coming weeks for the Ryzen lineup and especially the 3700X and 3900X/3950X as well.

… we can all thank AMD for adding some spice over these past few years to what was an otherwise slow moving and predictable market.

Recently I’ve been scrutinizing my energy costs (I run a three 32-inch 4K monitor video editing build almost every day) and also planning a move to electric cars — Tesla Model 3. If you’re in California, in addition to avoiding peak and partial-peak electricity premiums you also want to minimize Tier 2 consumption. That means cutting way down energy use wherever possible, and, of course, trying to stick to off-peak consumption. A powerful CPU with only 65W TDP may not make many headlines, but for those looking to build energy-efficient video editing builds it’s certainly worth the consideration.

With that I think we can all thank AMD for adding some spice over these past few years to what was an otherwise slow moving and predictable market.