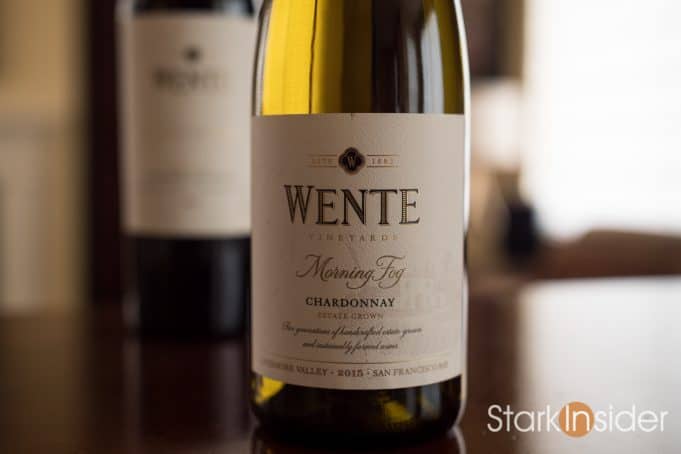 According to a new report which covers 17 districts across the state, California crushed approximately 4.28 million tones of wine grapes in 2018.

Red varieties once again led the way, accounting for over 50% of the crush, or 2,446,930 tons. Try to picture that sitting in your bathtub. 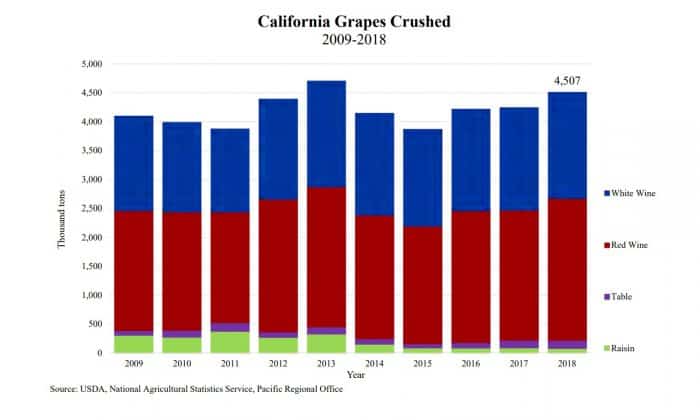 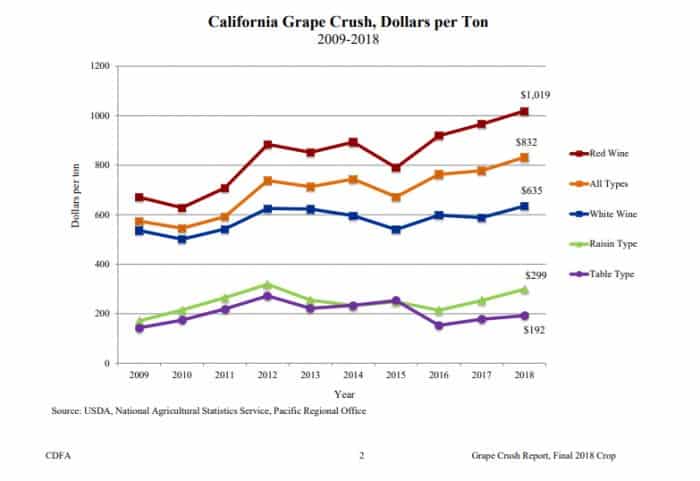 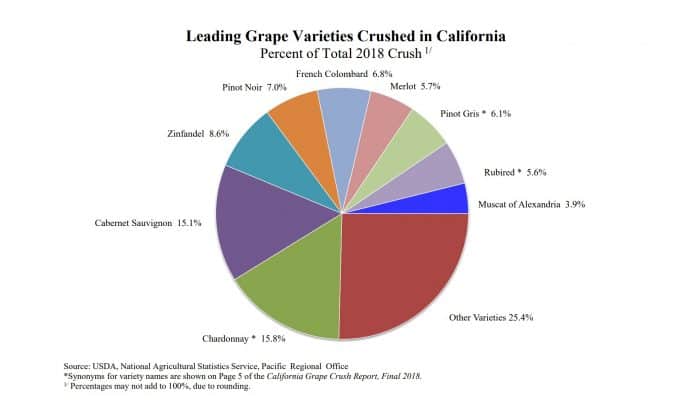 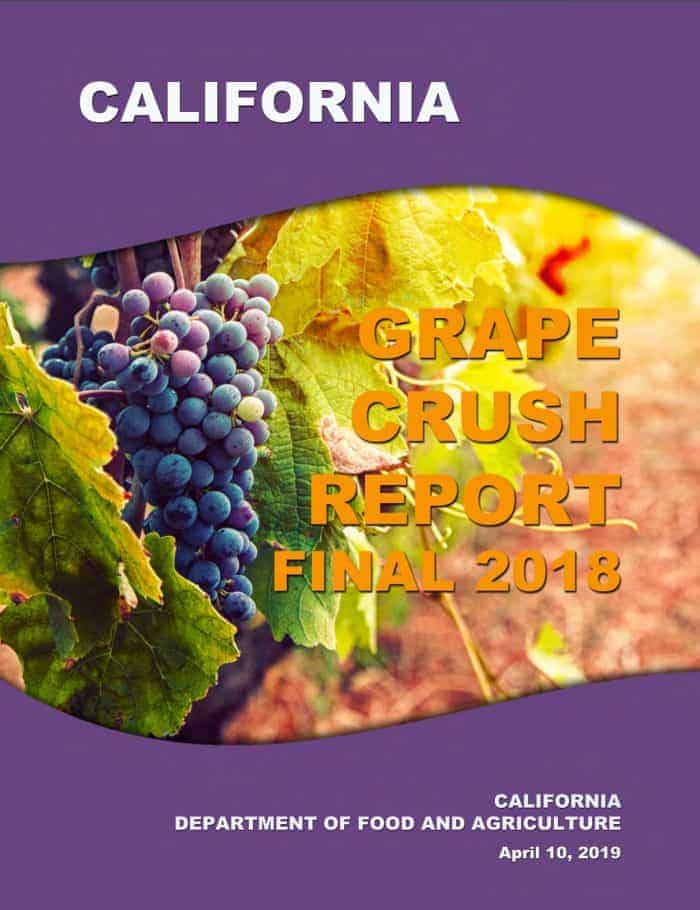 The report released by the California Agricultural Statistics Service also covers price trends. The key takeaway here at the macro level is that the average price of all varieties was up 6.8% y/y at $831.63. Those interested can dig in more at the United States Department of Agriculture where the entire 164-page report can be downloaded (PDF here), or view the summary over at Wine Business.