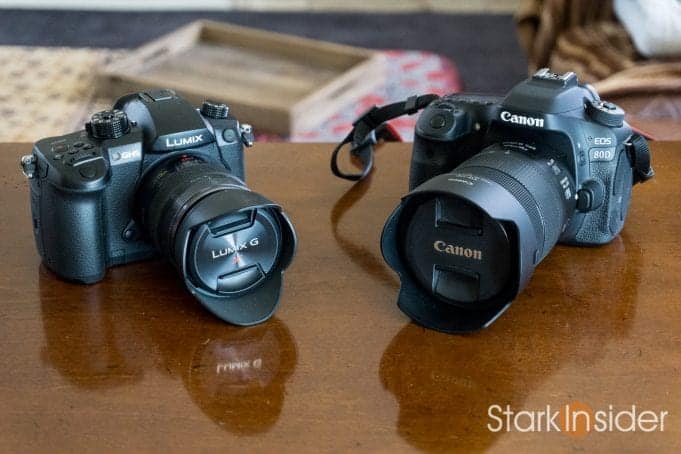 We’ve known for a while now that the smartphone is putting the hurt on the camera market, specifically cameras that feature interchangeable lenses. Popular models in this category include cameras such as the Canon EOS 80D, Sony Alpha a6000/a6400/a6500, various Nikons, the favorite for video shooters Panasonic Lumix GH5, in addition to strong sellers from the likes of Fujifilm.

But 2019 is shaping up to be a (very) rough year for the camera market.

This continued decline comes as no surprise — though its sharp drop over such relatively short time frames may rise eyebrows. Perhaps the smartphone camera is getting really good, really fast.

To add to the bad news for the industry was Canon’s disappointing financial returns in its latest report. Part of the blame (in addition to weakness in China), per management, was… the smartphone.

No question. The smartphone is always with us. It takes superb stills and the video is increasingly far beyond “good enough” for most shooters. Film director Steven Soderbergh even shoots his latest projects on an iPhone (see Unsane, High Flying Bird on Netflix). No wonder then that something like an iPhone or Samsung phone can do the job for the rest of us.

Part of the challenge for camera manufacturers is selling us as to why we should buy a dedicated camera. Why would we need one when our phones can do the job well enough? That’s a tough challenge. There are some buttons that can be pushed here: high resolution, better bokeh, high frame rates for video, the ability to change lenses to get specific looks, etc.

But the way I see it the big bet going forward remains software. Or as some are calling it, computational photography.

But the way I see it the big bet going forward remains software. Or as some are calling it, computational photography.

Simply put the smarts in any iPhone or Samsung phone and most any modern day Android-based phone can process your photos using machine learning and artificial intelligence to produce some pretty stunning results. I’m quite certain it’s no coincidence that photos that come out of an iPhone Xs or Xr, for instance, are so saturated in color and feature incredible clarity and sharpness/ Because we live in a Social Media World, Apple has engineered photos that are ready to post anywhere, anytime with a look guaranteed to get Likes. This is something Canon and Nikon and Sony and the rest aren’t as good at.

Further, why bother the need for switching to an 85mm lens for that portrait photo? iPhone can do it for you. Just tap this button here. Voila! Instant blurry background, automatically separating your subject from the surrounding and essentially emulating the portrait look without the need for carrying a hefty (and expensive) lens around.

Side-by-side would these smartphone photos be as good as a high-end DSLR or mirrorless cameras? Likely not. Sure, pros like journalists and fashion photos and wildlife and sports shooters and wedding filmmakers will probably still opt for dedicated gear. But for the casual, everyday user, there’s no need for that EOS Rebel or point-and-shoot camera when that smartphone will do the job.

What happens when volume declines?

My suspicion is that we’ll see something similar to what happened to the Blu-Ray market. When those 1080p movie discs (and now 4K UHD) hit the market back in the day, they were pricey. But soon enough they dropped as volume increased. It wasn’t uncommon to find them (Independence Day) going for as low as $5 (USD) in bins at Fry’s Electronics here in Silicon Valley. Then, streaming arrived. Blu-Ray sales dropped. So prices of physical discs increased (counter-intuitively). Now, most Blu-Rays sell for $14.95 – $29.99.

Cameras (ILC) too might then move up-market. There companies can recoup R&D costs. Selling fewer cameras, yes, but at higher prices.

I think we’re already seeing this theory of mine play out.

Canon recently introduced its first full-frame mirrorless cameras with the EOS R and EOS RP. They’re more expensive than its standard APS-C Rebels and EOS models (such as the 80D). Yet everything I’ve been reading suggests this is the future for Canon.

Nikon too introduced expensive full-frame mirrorless models too. Sony already plays in this space with several high-end models (A7 III, A7R III, A7S II, etc.). Not to be done Panasonic also came out with the S1/S1R models aimed at camera buyers with cash to spare.

For our work here on Stark Insider I’m still going to shoot with a GH5 when I need something compact and RED Dragon for our narrative stuff, but, boy, will I be paying close attention to what Apple and Google and Samsung and Huawei and others do with their cameras in the coming years. My back could someday be ever thankful.