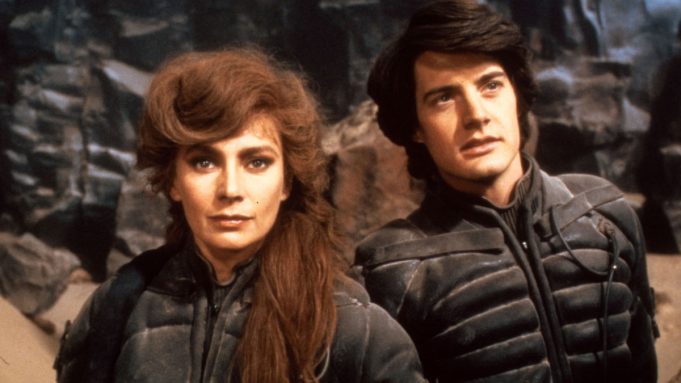 Despite not exactly being a critic’s darling or box office star, Dune has, over the years, become something of a cult classic.

An epic space opera released in 1984, the notorious and effects laden film is based on the iconic novel by Frank Herbert. Planetary fiefs. Melange spice (extends life, found only on Arrakis). Monster sandworms. Warring noble houses. And in the form of a very young Kyle MacLachlan, the would-be hero Paul Atreides. It’s all a bit charming really.

Dune had it all. On paper it must’ve looked like a sure fire hit for the Dino De Laurentiis Company. In addition to Sting in a futuristic blue speedo of some kind, and white-hot director in David Lynch, the pieces never amounted to much more than camp spectacle. Bewildering and confusing, but at times entertaining. In time the Sci-Fi adventure which was shot on location in Mexico found ardent fans and is now considered a classic — interesting how time alters the lenses in which we evaluate movies, art, music, and the like.

But there’s one person who constantly cites Dune as a big, regrettable failure. And that’s:

In just about any public interview or forum Lynch will take the opportunity to talk about the importance of creative control. And, most notably, the final cut. Meaning, having the absolute final say on how the edit of the film all comes together to present the story — without studio meddling or intervention of any kind. 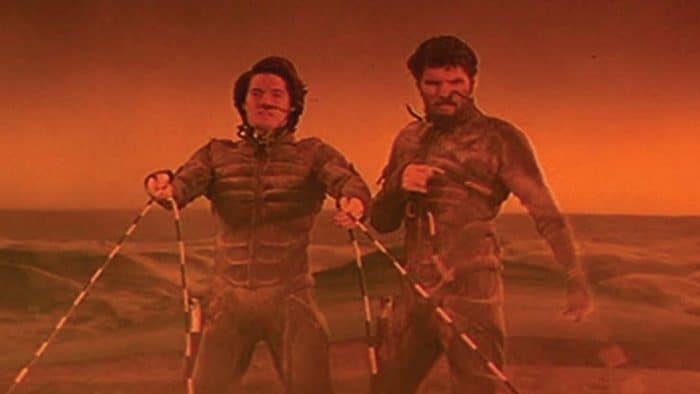 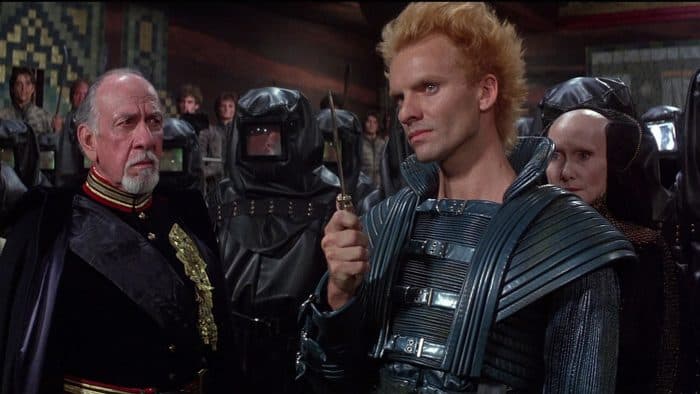 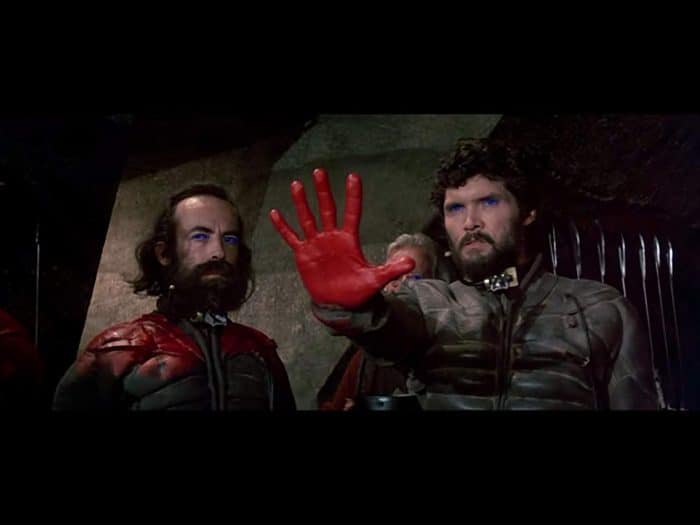 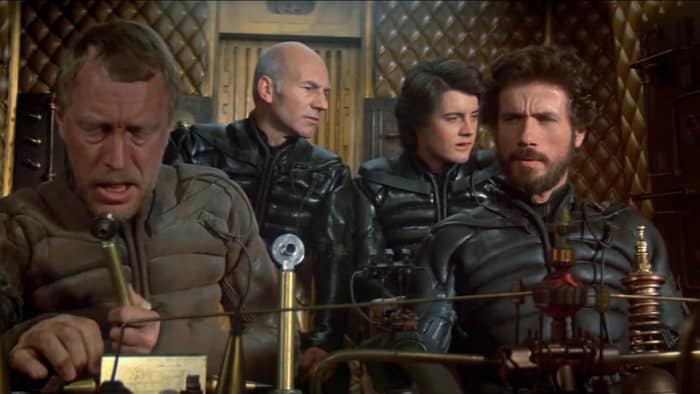 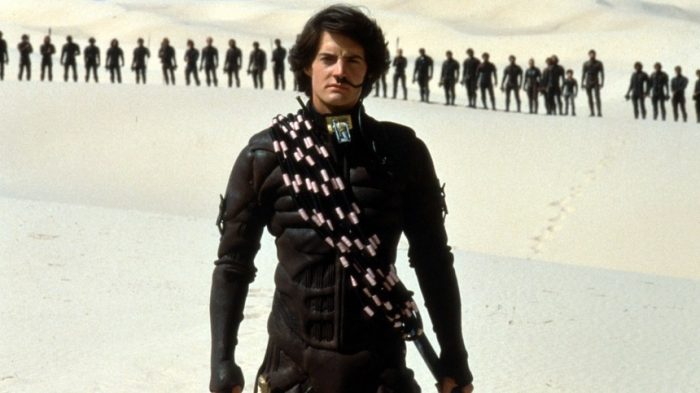 In his new MasterClass on creativity and filmmaking (and cigarette smoking), Lynch once again painfully recalls the “failure” that was Dune, and laments the lack of controlling the ultimate outcome. My guess is, despite all his success, the Dune project still irks him — a creative perfectionist — to no end.

So here’s my dream.

What if David Lynch was given final cut for a special 35th edition of Dune?

It would be the definitive Director’s Cut. And the entire edit would be under the absolute control of one David Lynch.

David Lynch MasterClass: In a Nutshell 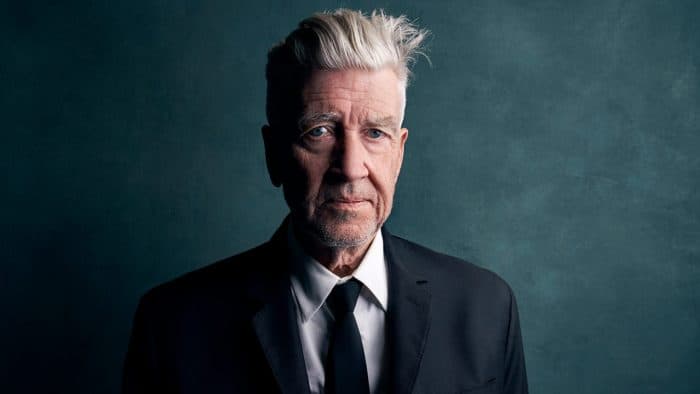 I wonder how the film would look in that (abstract) context?

My guess is that it wouldn’t matter if the ultimate David Lynch version of Dune was better or worse than the studio-controlled version. Everyone would win.

Thanks to the internet this re-cut could be one of the most meme-able moments in movie history. Fans would dissect every change, posting them to social media. Obviously, Dune fans would want (need) to own both copies of the film, so the sales potential would be of interest.

Of course, there’s the Dune reboot coming in 2020. Helmed by Denis Villeneuve (Blade Runner 2049) we can yet again expect big budgets, massive sets, star power (Oscar Isaac, Josh Brolin, Jason Momoa, Recbecca Ferguson, Timothée Chalamet, Javier Bardem, Charlotte Rampling…) and lots of angst over the control of spice planets. And, sadly, we can also expect plenty of cgi as is the custom these days.

I’m not one of the big, prototypical Dune fans (it’s still worth at least one viewing, if only for the score, practical effects, costumes and sets). Lynch for me is pure Lynch. So that’s the writer/director projects. The pure stuff like Eraserhead (1977), Blue Velvet (1986), Wild at Heart (1990), Lost Highway (1997), Mulholland Drive (2001) and Inland Empire (2006). For me the definitive work remains David Lynch’s Sunset Boulevard (Billy Wilder, 1950) inspired work, that being the stunning Mullholland Drive, perhaps the best film so far of the 21st century.

Still, who wouldn’t want to see Dune — as challenging as it is adapt Frank Herbert’s intelligent novel for the big screen — one more time, in 1980’s technicolor and with soundtrack to match, given over, unadulterated, into the hands of surrealist David Lynch?

Yes, I know. A Lynch director’s cut of Dune won’t happen anytime soon if ever. Hence, I call it, appropriately enough, a dream. A Game of Thrones from outer space.