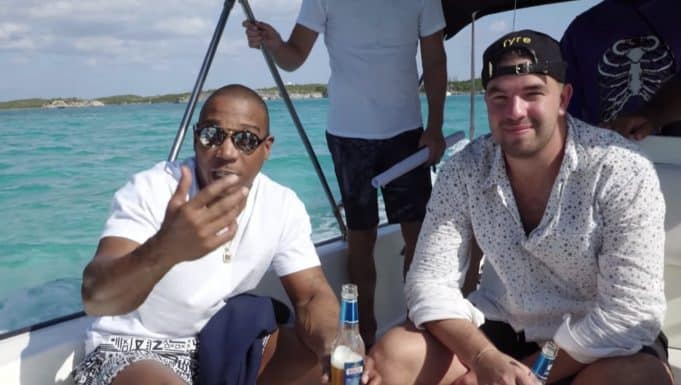 If there was any doubt that influencer culture had an ugly side you need only watch one of two decent docs now streaming on Netflix (Fyre) and Hulu (Fyre Fraud).

By now, most know at least something about the infamous Fyre Festival. For me, it was that not-even-cafeteria standard cheese sandwich that quickly turned into a viral meme when the first concert go-ers landed in the Bahamas for the experience of a lifetime. And, the experience of a lifetime it certainly was as soon as everyone realized they had been duped. Mission: Escape the Island and get back home to Instagram!

One of the most interesting aspects I find about something the scam that was Fyre is that of what I consider to be the “unreliable narrator.” It’s a device often used in film to throw off the viewer. Rosemary’s Baby (1968). Fight Club (1999). Mulholland Drive (2001). Black Swan (2010). Those are just a few films that call into question the mindset of the protagonist. Are they really seeing what they’re seeing? Is their world overrun by conspiracy? Or is it all… a dream?

I know it’s an unusual way to approach these documentaries. However, the fraud ringmaster Billy McFarland (found guilty, serving 6 years) seemed like the prototypical entrepreneur. He was gregarious, likeable, fun to be around. And, most importantly as we learned, was the consummate salesman. It didn’t help, of course, that he fudged the financials to trick investors into throwing more money at the doomed venture, even as it was evident, in most cases I believe, that the rest of the Fyre team was unwittingly in over their heads and blissfully unaware of the impending doom. Yet McFarland was perhaps like that defiant militant leader in Iraq who claimed all was well as Rome burned around him. His followers did what they always did and followed. At least until it was too late.

So in a sense McFarland is a bit like an unreliable narrator. He sees the world the way he sees it — which is with a corrupt lens. Right or wrong are (apparently) irrelevant. Those around him likely assume he’s playing on the same moral ground and shares the same ethical boundaries, after all this team is like an extended family (and I feel most badly for the developers that created the Fyre app for booking talent, a multi-year effort that became collateral damage).

When narcissism meets reality on a remote island in the Bahamas

Though I’m not any sort of expert on the matter, it would seem to me that we entrust those around us as reliable narrators. Our parents, family and closest friends… we likely assume what we see is what we get, that all share our own DNA of goodness. Naive, maybe. But I believe it’s partly this trust factor that sends us down dark holes sometimes as the idea of escalating commitment forces us to do things we didn’t ever expect to at the outset.

I can only imagine the shock that his team felt when the rug was pulled out. There’s a scene when McFarland calls an all-hands to apologize for the Fyre failure (but there’s v2!). And some of the most surreal moments follow next when rapper Ja Rule implores those “smart” people on the call to do something, to fix the wrongs… the wrongs he was the seminal poster boy for creating.

McFarland takes most of it on the chin, and in the Hulu version outright admits, “it’s on me.” No doubt many of his closest lieutenants were complicit, if even partially. Who knows?

I suspect it would be possible to show a wee bit of sympathy for McFarland — after all he did swing for the fences, and worked incredibly hard to achieve a bold, ridiculous vision — if it weren’t for the fact that he immediately started a new scam after posting bail. Time will tell if prison in this case will reform and enable him to use his talents for good or simply embolden and give him more time to plan his next swindle. You always hope for redemption (and remorse), a comeback story never gets old.

ALSO SEE: How to Prevent Another Fyre Festival

Maybe a key takeaway with Fyre is that the influencer culture — that idea of aspiring to the most affluent and most perfect lifestyle, while hawking just about any product or service along the way without regard for its worth or legitimacy — has if not created, at least accelerated an environment where capturing the most perfect Instagram is worth more than hard work, decency, and even transparency. Which is an odd thing to say given the Millennial generation is supposedly largely centered around authenticity and honesty.

My thesis is that, at least in their eyes, major social media platforms — Instagram, Facebook, Twitter, Pinterest, and others — were mostly funded by evil old venture guys on Sand Hill Road in Silicon Valley. The next mission for Millennials: to break free and create their own ways of interacting online that don’t rely purely on vanity metrics. Then again, who’s to really blame, the messengers or the messaging channels?