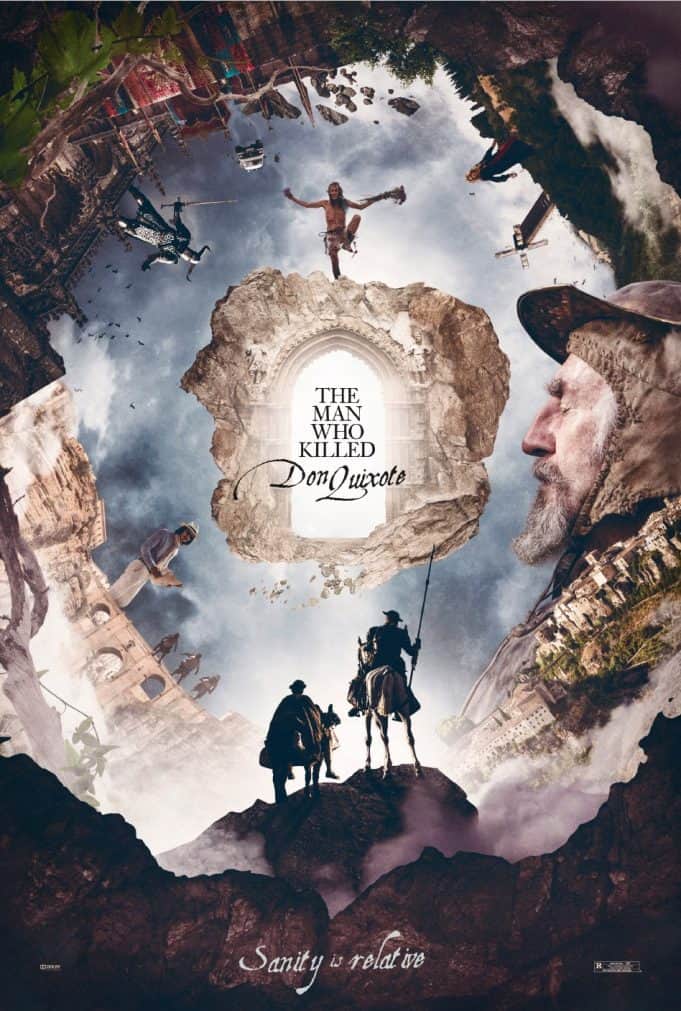 Terry Gilliam (Brazil) finally got his dream movie made. The director’s infamous Quixote project had many well-reported starts and stops. But somehow, someway The Man Who Killed Don Quixote is here.

Yes, it’s a real movie. It screened at Cannes — to mixed reactions, with most either loving it or hating which is pretty much on par for Gilliam’s career and I think pretty neat. It stars Adam Driver and Jonathan Pryce. But apparently it doesn’t yet have a Gilliam sanctioned, official movie poster.

For that, he’s turning to his fans.

Last week, Gilliam’s Facebook page became nirvana for fans of art. There he solicited votes on a variety of poster mock-ups for The Man Who Killed Don Quixote: 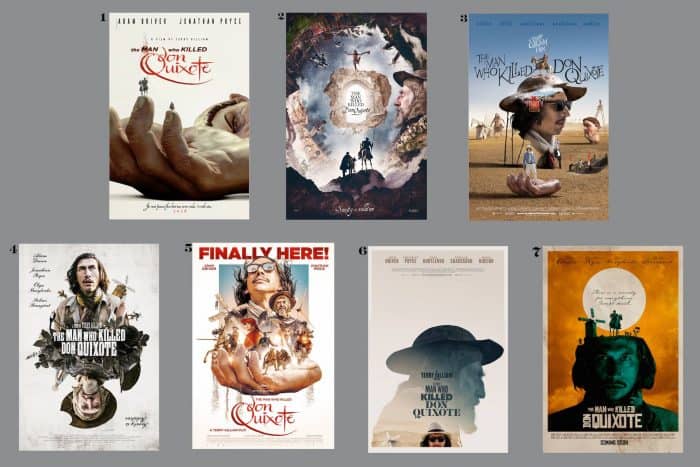 There were some tough choices here. The process reminded me of the importance of trying to understand the messages you’re trying to convey when marketing something, but specifically in this case, obviously, a film. Should it be whimsical? Literal? Mysterious or obvious? Shout actor’s names be prevalent? Or is the director in this case more of the brand appeal?

Then there’s the matter of design.

An infinite number of decisions await. The poster could be cartoon-like. Or it could be a frame from the film itself. There’s the color palette to consider. Font sizes. And on and on.

Reviewing these posters made me realize not only how difficult this process can be, but also that there is no “right way.” Further, everyone has their own opinions and preferences. Expecting to achieve universal consensus is impossible. But, then again, a poll can solve that.

The leading poster as of this writing was this one: 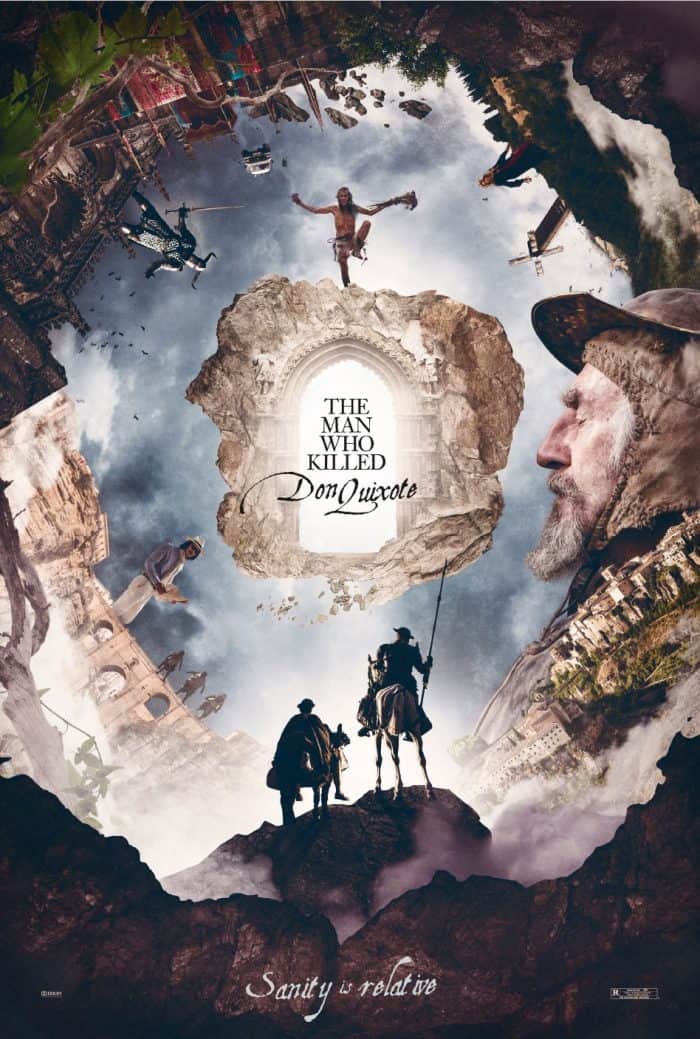 I think this poster is beautiful. I like the whimsical circular design. The tag line “Sanity is relative” is perfect. Both leads are featured (though I suspect distributors would prefer Adam Driver be more prominent) and you definitely get the sense there’s great adventure ahead.

You could say, meh, just another movie, just another poster. Sure. But Terry Gilliam took 20 years to get this labor of love to market. When they talk about perseverance, in the film industry or not, investigate his trouble-filled journey (the most recent example concerned movie rights). Perhaps, he himself is akin to the subject matter. Regardless, I especially like that he engaged with fans, and involved them (us) in the creative process. Not only does he get direct feedback, but he also gets some buzz and social media that should help get word out for the film. In the midst of this dreadful gluttony of Hollywood Superhero movie franchises let’s hope that the independent crazies like Gilliam continue to have their voices heard.