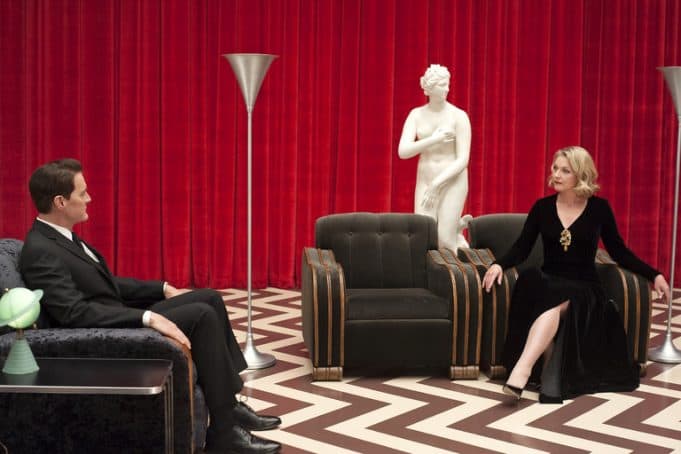 The reboot, featuring 18 one-hour episodes aired on Showtime last year, was the successor to the original hit series which ran for two seasons in 1990 (back when Madonna’s “Vogue” was topping the charts). Mark Frost and David Lynch, who directed, once again teamed up to write the season.

In total, Twin Peaks: The Return has received 9 nominations:

But the news is a bit bittersweet. Oddly, none of the cast of the show made the cut. Most notably that means snubs for Kyle McLachlan (Agent Cooper and a few of his doppelgangers) and Naomi Watts (Janey-E Jones) both who delivered impressive performances in roles that were decidedly non main-stream, requiring layer after layer of… well… well, Lynchian gusto.

Here’s hoping the Twin Peaks team gets their fair share of wins. By all accounts the show as a critical and commercial success, and proved that not every TV show needed to follow the standard episodic formula to find its audience.

In related news, with 112 nominations Netflix has dethroned HBO and its 17-year Emmy streak. Long live the new streams!