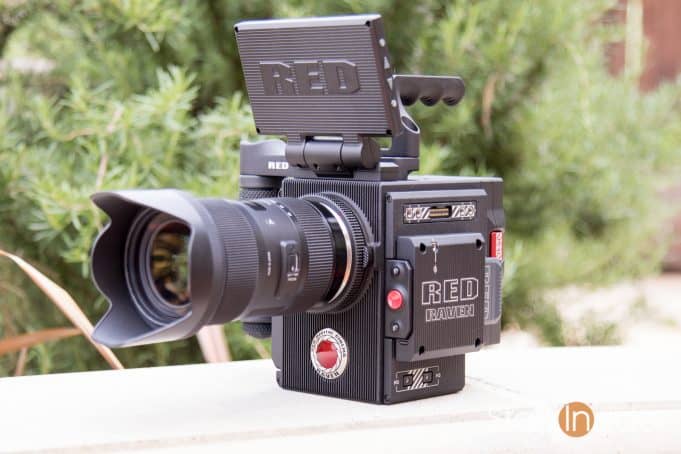 First, founder Jim Jannard last year announced a special project dubbed Hydrogen. As details were revealed we learned Hyrdogen would be a modular phone with an emphasis on holographic and high quality video. It definitely sounded like nothing on the market. Ambitious. Futuristic. Even mysterious, given we still haven’t seen how it will work — though those who have, including high profile people like Brad Pitt, seem very impressed, especially with the holographic video (that doesn’t require special glasses). Hydrogen is priced from $1,195 (USD) and ships later this year.

Now RED is hedging its camera strategy even further. This week the company revealed plans to partner with Facebook to develop a “professional” VR camera. Details are scant, though we do know, based on news out of Facebook’s F8 conference, that the camera will feature 6D0F (six degrees of freedom).

Given that RED typically targets the upper end of the digital camera market, we can likely expect the same here. So don’t expect this to be a cheap VR product. Instead, Facebook gets a potential foothold with cinematographers in Hollywood, while RED gets the reach and machine learning/AI capability afforded by the Facebook platform.

What I find most interesting about these kinds of announcements is that RED is smartly hedging its bets.

Smartphone cameras are getting better and better. So good, in fact, that today’s iPhone can shoot high quality 4K video at high frame rates. And it looks pretty good. Maybe not as good of course as a proper RED cinema camera, like one using their famed Dragon or Helium sensors, but for the price an iPhone is hard to beat in many situations. Plus, it can easily fit in your pocket, and can run all day on a single charge. You can quickly see why some filmmakers — most recently, Steven Soderbergh and Unsane — have chosen to shoot entire features on just an iPhone (with plenty of accessories no doubt). It’s a very practical alternative to typical, kitted out Hollywood filming rigs.

You can quickly see why some filmmakers — most recently, Steven Soderbergh and Unsane — have chosen to shoot entire features on just an iPhone.

I don’t think the dedicated cinema camera market will disappear. I have a suspicion, though, it will actually move up market, ceding lower end stuff to others. Because Apple and Google and Samsung are experts in software and related services, it will be a very tough battle for traditional camera makers like Panasonic and Sony and Canon, whose strengths are typically in hardware and sensors. Software will likely eventually reign.

Meantime RED seems to be making some big bets on the future. Holographic and VR to name the most recent. And compact modular design (as we’ve seen in the Hydrogen prototypes). Theses announcements make a lot of sense, especially for a guy like Jim Jannard who is no stranger to bold moves. He famously founded Oakley and turned it into a sunglasses juggernaut. Same too with RED, which is only a little over 10 years old, yet is seen on television and movie sets all around the world, competing against established players such as Arri and Sony.

Will Holographic or high-end VR pan out for RED?

So I believe RED is doing the right thing here. By pushing the envelope, partnering with forward-thinking companies in adjacent spaces (like Facebook and Apple), it’s positioning itself for the inevitable disruption that the smartphone is bringing to the video and cinema camera market.