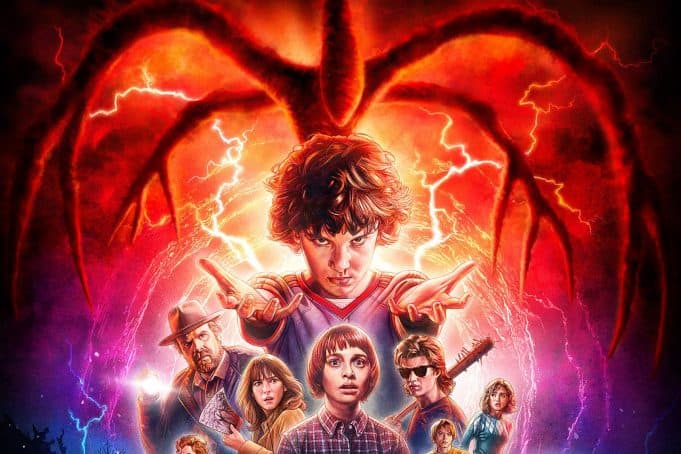 Stranger Things is great. But one thing that isn’t so great?

When you finish an episode on Netflix, the next one starts queuing up in the corner. If you don’t intervene it will start playing, even before the credits finish rolling on the previous one.

Thankfully there is an option to turn off auto-play by going to “Account” menu via a web browser (from here go to “Playback settings” and un-click “Play next episode automatically”.

So that’s helpful. Partially. At least now I can refill my lemon water, sneak another piece of Toblerone before heading back to Hawkins to soak in more 1980s goodness.

But the auto-play videos don’t end there.

In fact, as soon as you load the Netflix app (or web site), you’re immediately assaulted by some sort of video promoting something.

To avoid that you can move the cursor around, hovering over various movies and shows. But… watch out… pause long enough on any of them and, presto, it starts playing in the background, behind the menu. Click through, and there’s a momentary respite where you can read details about a production. Then… yet again it happens. A video auto-plays.

This phenomena isn’t unique, of course, to Netflix. It’s an unfortunate trend that plagues the entire internet.

How many times have you visited a web site, or opened up a few tabs, to all of a sudden hear some ad blaring through your speakers only to realize you can’t tell where it’s coming from? Then there’s the new favorite. Layering of auto-play videos. Many playing at the same time on the same web site. One in the sidebar. One at the top of an article. And maybe another playing in an obnoxious pop-up. Close. Close. Close.

I like videos. Well, actually, I really like them. We’ve publishing our own short videos here on Stark Insider since 2004 or so (YouTube channel). When it comes to the user experience, though, I prefer that the user indeed have control. They — you — should be the one to decide when to watch something. And that should only happen when you press the play button. I’m not going to force feed you, and I don’t think others should too. As a Canadian I’d dare suggest this is rude (!).

Netflix could very easily solve this irritation to what is an otherwise outstanding streaming service. Under “Auto-Play” the web development team could offer up an option to turn off all auto-play features. Once Upon a Time, that’s in fact how Netflix worked by default. You could actually rest your remote, not move, and the interface would sit awaiting your next command. It was so Zen. Good times. Relaxing. I could sip my lemon water in peace. But that was 2010. And the invincible beast known as the auto-play video hadn’t yet reached earth.