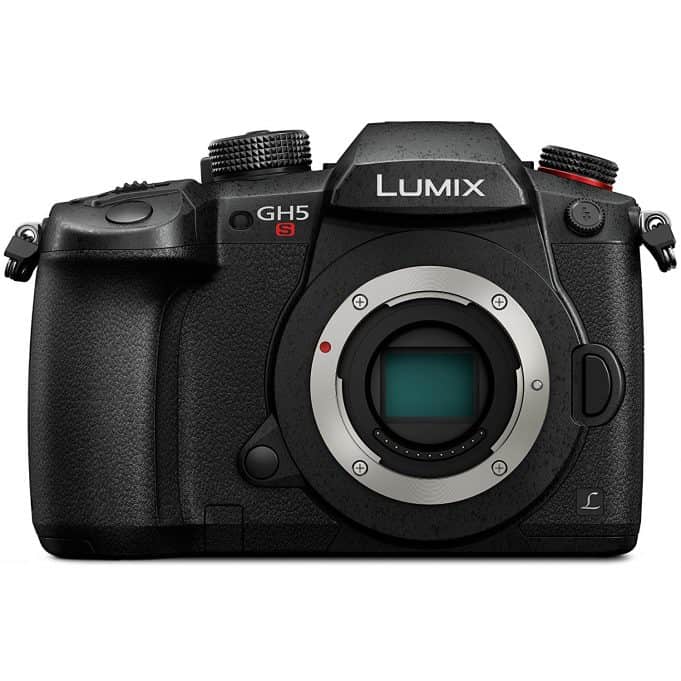 Who is the king of low light?

Inquiring minds and pixel peepers the world over must know. And now, thanks to DPReview, we have a tool to dig deeper into this most burning matter.

43 Rumors notes that the famed Studio Scene tool at the Digital Photography Review has been updated to include the GH5S, Panasonic’s new low-light monster. I just checked, and so it is.

Comparisons to Sony are inevitable. The Alpha range, thanks to a full-frame sensor, does wonders in near dark situations. On the other hand due to their much smaller sized Micro Four Thirds sensors — such as the one found on the star of 2017, the GH5 — are notoriously not great choices unless you plan to light your scenes. Until the GH5S that is.

The GH5S sacrifices megapixels and in-body IS in exchange for larger pixels which, in theory at least, should result in better low light performance.

Using the Studio Scene tool over at DPReview, we an now analyze side-by-side comparisons of the GH5S and A7S II at various ISO levels.

Based on my quick and non-scientific tests I’d say that the Sony is still The King of Low Light. But not by a wide margin. How important these results are will likely depend on the type of work you do.

Dial up the ISO to 6400 (RAW) and you can especially see that the A7S II hold onto details (like fine lettering on the balsamic vinegar bottle) whereas the GH5S image breaks apart: 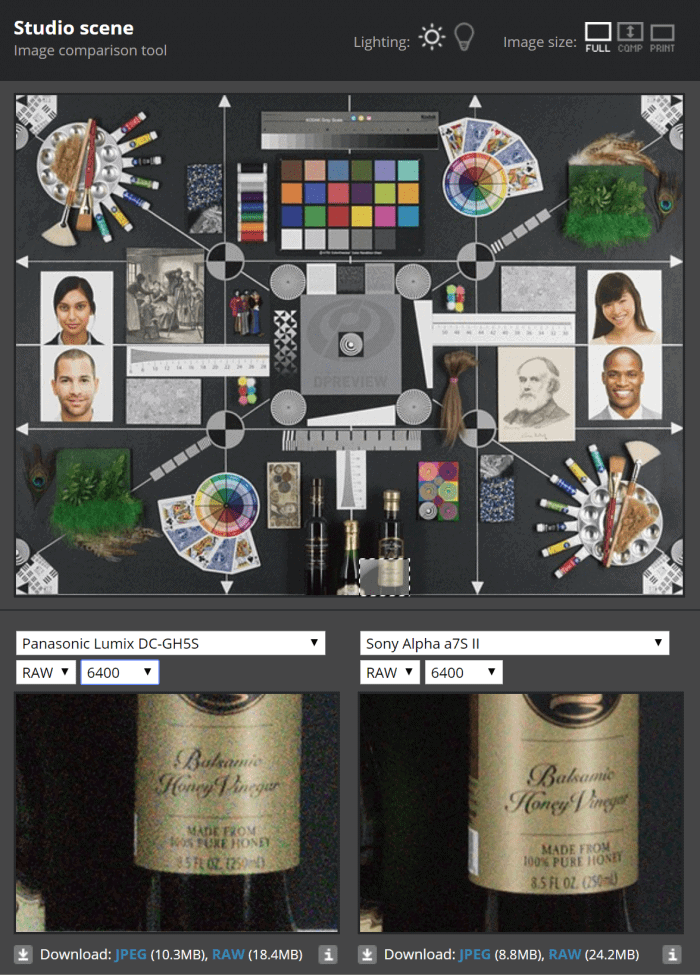 Note too that in the above result the a7S II RAW file is larger at 24.2MB compared to the GH5S at 18.4MB. Therefore it would be natural to assume there is more information to work with in the Sony file.

You can do your own comparisons by heading over to the DPReview Studio Scene tool and see for yourself how the GH5S performs relative to the A7S II (and other cameras in their vast database).

Obviously this is a stills only comparison. For video comparisons you’ll want (err… need) to wade into the torrent of quality known as YouTube and see what you dig up for tests.

One other tidbit: I was surprised to see, to my eyes at least, that the GH5S seemed to produce cleaner and sharper images than the Canon EOS 80D. Again, this is only one data point. Still, considering the 80D has a 24MP sensor, to this long-time Canon shooter, the initial evidence is unexpected. And the GH5S files are, once again, much smaller. How can this be I wonder?

At the end of the day, these are two outstanding cameras. I don’t think you can go wrong with either.

With the GH5S you get a reasonably priced (relatively) camera that has dual SD card slots, superb 4K video modes, and a vast array of features that should appeal to filmmakers everywhere. Also, I prefer the physical DSLR-like design and battery life of the GH5/GH5S over the a7S II.

With the a7S II you get one of the best low-light performing cameras on the market. Plus, the full-frame sensor will be a boon for those interested in wildlife, landscape and generally any situation where a wide FOV would be helpful.

As for me, I’m sticking with the trusty old GH5. I see the GH5S as complimentary, hence that’s why Panasonic is selling both simultaneously. I prefer the (amazing) IBIS and higher megapixels that you get in the GH5. When I shoot shorts I light my scenes as best as possible. And for most other projects, I’m typically shooting outdoors here in sunny Northern California. So low light performance is low on my list. Your situation, of course, may be different.

Choice is good. Maybe don’t get too caught up in the pixel peeping game. Take a quick look, make a decision. Then get on with it already. Let’s put our energy into creating stuff and getting our work out there, no?

Well at least until the A7S III lands…