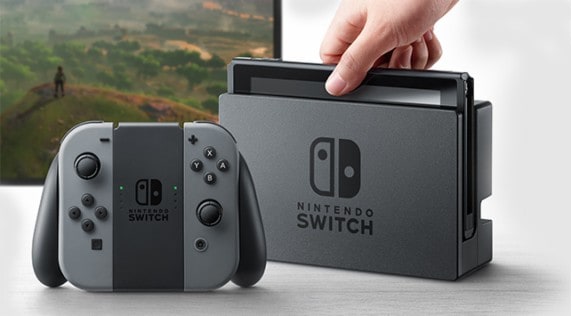 The smartphone has subsumed a many a market over the years. Along the way we’ve used iPhones and Androids to replace a variety of plebeian gadgets: remote controls, flashlights, paper maps, MP3 players, stopwatches and alarm clocks, cameras, calculators, credit cards, levels, and… well, the list goes on and on.

What about portable gaming?

Yes, smartphones definitely reign supreme. But, Nintendo is proving that as convenient as they are — sitting right there in our pockets and purses — there’s still a market for purpose-built portable gaming devices.

Given the marketing disaster that was the Wii U console (though its predecessor, the Wii, was a commercial hit), it comes as a bit of a surprise that Nintendo’s new Switch would have the impact it did in 2017.

And yet, not only did it succeed, the Switch, with its colorful Joy-Con controllers and quality launch titles, thrived. Some have even declared the Switch the best gadget of 2017 (I’d agree).

Marquee franchises such as Zelda and Mario certainly helped Nintendo garner buzz with the Switch launch. Having built those titles over several decades, it’s not uncommon for a core group of buyers to automatically buy new releases — regardless of platform. Many analysts have noted that Zelda launch title Breath of the Wild was critical in getting Switch sales off the ground. From there, the momentum continued.

And the numbers prove the fledgling console’s initial success.

Earlier this month, Nintendo announced it had sold 10 million Switch consoles. Software comes in at about 30 million units or so (depending on what quarter you measure against).

To date, analysts estimate competitor Sony has moved about 67 million units of the PS4 and PS4 Pro consoles. If Nintendo keeps on this pace, however, it could potentially challenge Sony (and Microsoft with its Xbox line) sales, and likely even surpass the 100 million unit mark achieved by it last big consumer hit, the Wii.

Quality titles aside, why is the Switch such a hit?

If I had to guess I’d say it’s the design.

The Switch is completely unique in that it is both a standard console and, at the same time, a portable console. You can dock the Switch, connect it to a TV, and play games with family and friends in the living room. Then, say you’re heading out of town. No problem. Just pull the Switch out of its dock, and, presto, thanks to its built-in 6.2-inch touch screen, you can play the exact same games on the-go.

That dual identity is a pretty nifty trick. And I suspect it’s uniqueness gives its an edge in the marketplace, especially with casual buyers. After all, why spend ~$300 (USD) or so on a device that can only be used in the home on the TV when you can have one that can serve multiple purposes.

Smartphones have quality games, no doubt. Controls, however, tend to hold them back. Most causal gamers use the touch screen, which, while convenient, is significantly lacking for more complicated, serious titles (such as Mario and Zelda, for instance). There the Switch does not disappoint. Dual joysticks, a plethora of buttons and triggers, and even the ability to remove the controllers (Joy-Cons) provide plenty of options. And, it all works remarkably well.

Nintendo Lives to See Another Day (or Die?)

For Nintendo it seems to be feast or fathom.

This is a company that is either basking in a smash hit or close to bankruptcy.

For now, the Switch has created a massive halo over Kyoto. Thanks also in part to the trend for all things retro, and you have the perfect storm for yet another Nintendo bubble. Well maybe. Is it a bubble? Time will tell, but at least in this latest iteration of the console wars — Sony PS4 vs. Microsoft Xbox vs Nintendo Switch — we’re at least still talking about Mario and Zelda.

Star Wars lives on. And so does Nintendo. Something about that feels very right.