Clue seekers and David Lynch fans will have the equivalent of an all-you-can-eat buffet and stacks of cherry pie  come December 5. That’s when the Twin Peaks: A Limited Events Series (aka Season 3 aka The Return) Blu-ray and DVD will be released (Showtime/CBS/Paramount) according to Entertainment Weekly which has a run down of what to expect.

Over 6 hours of special features will be included with the discs, with the Blu-ray containing 80 minutes of additional behind-the-scenes features (then again, given the higher resolution and better sound, TP fans should really opt for this version anyways). A short video preview on EW shows David Lynch casually directing, with a cup of coffee in hand no less, Kyle MacLachlan (FBI Agent Dale Cooper) and Laura Dern (Diane) in a small room.

The new TP season aired over the summer through a run of 18 hour-long episodes. Lynch and others involved in the project prefer, however, to call it an 18-hour film. There are no episode recaps or coming next week sign-offs like you might find on traditional television series like, say, Once Upon a Time.

Then again, there’s nothing traditional about Twin Peaks — not the original, and certainly not the Showtime-backed season 3. Often storylines would dead-end, while new characters would seemingly pop up for a few episodes only never to return. Familiar characters such as Agent Cooper, Audrey Horne, Hawk, Gordon Coleman, and, of course, Laura Palmer did, however, make several appearances much to fan’s delight — and never-ending analysis and conjecture on Reddit.

Some critics did not appreciate the new tone. Co-writers David Lynch and Mark Frost opted for a surrealist approach, eschewing soap and camp in favor of highly stylized (Lynchian) dream-like sequences in space, frequent visits to the famed Red Room and surreal imagery such as vast purple oceans and industrial landscapes. It would be hard to imagine an artist as accomplished and prolific as David Lynch wanting to tell the same story the same way, even if 25 years has passed since the original aired to mass appeal in 1990. Rather, this non-network controlled series had more in common with the outlandish prequel Twin Peaks: Fire Walk With Me, a film widely panned on release, but now seeing a much more favorable re-evaluation. It could just be that Lynch was ahead of his time.

Either way, The Return was a memorable and completely unique experience. For this Lynch fan it’s mandatory viewing as will be the Blu-ray. EW calls it “gloriously overstuffed” which I think is to say everything we’ve come to hope for — in lieu of no announcements yet on a possible season 4. 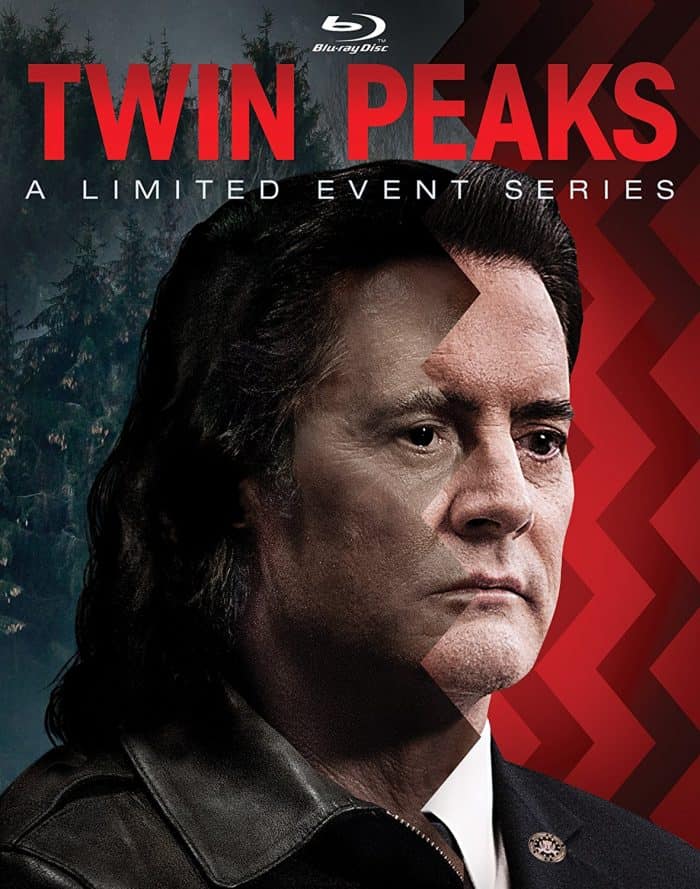 And because Lynch we’re given a quirky list of 10 short films directed by Jason S. that will also be included:

But that’s not all! From EW:

“But only the Blu-ray contains some other fan-baiting gems. Original cast member Richard Beymer (Ben Horne) directed two featurettes, Behind the Red Curtainand I Had Bad Milk in Dehradun, which follows Lynch and his collaborators as they shoot in the Red Room. Lastly, there is A Very Lovely Dream: One Week in Twin Peaks, directed by Charles DeLauzirika, which focuses on the return of the Twin Peaks cast to locations in Snoqualmie and North Bend that were used in the original Twin Peaks series.”

Amazon doesn’t yet have a pre-order option up for the Twin Peaks: A Limited Event Series, but given the blu-ray starts shipping Dec. 5 I’d expect it to show in the coming weeks. Or maybe it’s already shipped and we’re living in the past?