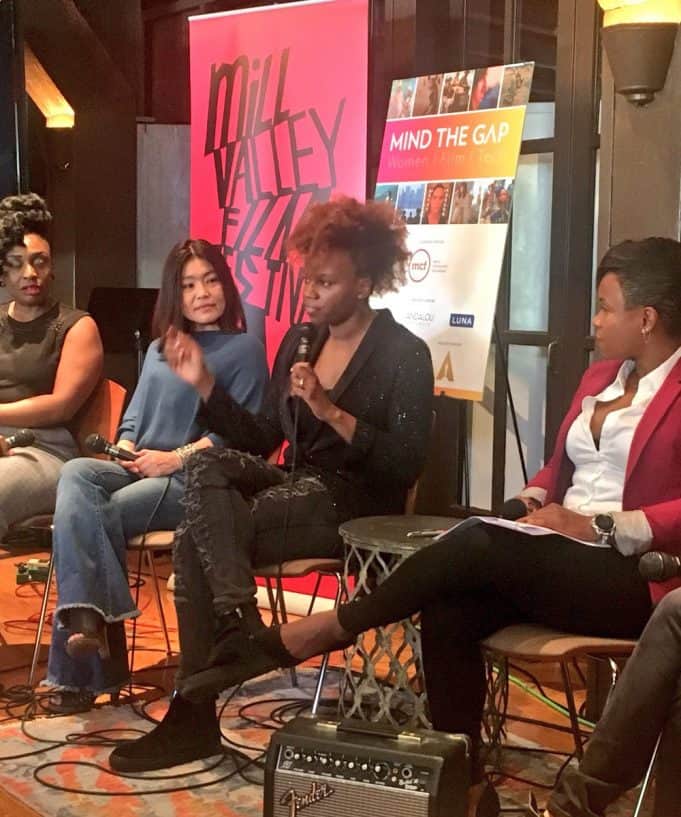 Dee Rees. I didn’t know much about her. After Mill Valley Film Festival opening weekend that all changed.

The director, best known for Netflix’s coming-of-age darling Pariah (2011), held court at the “Mind the Gap” summit on Saturday. Flanked on either side by members of her filmmaking team that helped make her latest feature Mudbound (2017), Rees encouraged fellow filmmakers in the room to “go to the love” and, if all else fails when trying to navigate studios, or procure financing, or survive the industry in general to “bring your own ball.” She had our rapt attention. The NYU alum has apparently made waves on the indie circuit — thankfully I don’t think they will subside anytime soon. Pariah played to strong reviews at Sundance and TIFF with one publication even ranking it the 6th best lesbian movie of all time.

.@mudboundmovie director Dee Rees "I like to let the work speak loudest. You go where the love is." @MVFilmfest #MindTheGap #MVFF40 pic.twitter.com/vlmpMDFE13

Rees’ likable swagger and contagious energy cut through the warm venue at the Outdoor Art Club in Mill Valley. Thankfully the message during her panel was decidedly not of the anti-man variety. Rather, the former consumer-goods-employee-on-a-performance-improvement-program turned auteur rallied for quieter voices and perhaps less mainstream stories to be heard. Later, in the OAC courtyard I saw Rees interacting with other filmmakers, and generously helping out, giving advice, exchanging contact info, etc. And I thought, this is what it’s all about.

I like to let the work speak loudest. You go where the love is. 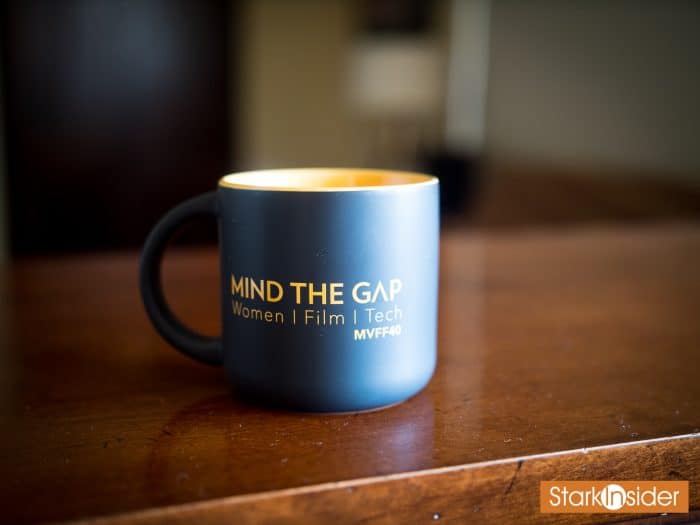 Others making appearances at a very strong Mind the Gap line-up at MVFF 40 included:

There was a whole lot more, so much so that I can’t cover it all here. Hopefully these social media highlights below will give you a sense of the day. If you’re planning in future to attend MVFF, definitely consider attending Mind the Gap. Programming director Zoe Elton is on to a good thing here.

‘If we go 50/50, should also have right [like men] to be mediocre sometimes’ @PetraVolpe on #diversity & growth as artists #MindTheGap #MVFF pic.twitter.com/SPA0rfMFNo

#WaitForYourLaugh crew is looking GOOD. We're honored to have them at #MVFF40 Opening Night! @JasonBWise pic.twitter.com/pKYpsTumLh

MVFF opened a few days earlier, as always, on a Thursday evening, at the relaxed grounds of the Outdoor Art Club, underneath soaring redwood trees.

There, cast and crew from the two opening night films Wait For Your Laugh (a documentary about child star Baby Rose Marie’s storied career) and Darkest Hour (a biopic about Winston Churchill) walked the red carpet before attending screenings.

In addition, actress Amy Hargreaves (Homeland) was in town, and also mingled with fans and press.

Thank you, Holly Hunter, for sharing your insights during your tribute at the Mill Valley Film Festival. #MVFF40 @MVFilmFest #HollyHunter pic.twitter.com/cZPGKLsWd2

Closing weekend will feature directors Richard Linklater (Last Flag Flying) and Todd Haynes (Wonderstruck) in addition to Andrew Garfield who will appear in support of his latest project, Breathe.

Last night, Loni Stark and I attended the North American premiere of Andre – The Voice of Wine. Gregarious director Mark Tchelistcheff had invited us after we shot a segment that will soon run on Stark Insider to talk about the making of the film including the challenges of shooting a moving horse carriage in snow with temperatures at -25 Celsius.

Given the devastation of Napa and Sonoma from the Atlas fire, the mood at the CineArts theater was not surprisingly somber. During opening remarks, Mark dedicated the screening to all those who suffered. He suggested we take a few hours to take a break from the tragic news. Many of the subjects who were interviewed for his documentary — the story of his great Uncle and wine pioneer Andre Tchelistcheff — could not attend because of the sad events that had unfolded so quickly and so unexpectedly. Regardless, founder Mark Fishkin had sent an email earlier in the day indicating the festival schedule would remain uninterrupted so long as “environmental conditions do not interfere with our ability to do so.” And so the show did go on.

MVFF40 to donate proceeds from screenings of ANDRÉ: THE VOICE OF WINE in support of the Napa/Sonoma County fire victims

Just received a PR regarding the Napa/Sonoma fires:

“The Mill Valley Film Festival  has generously agreed to donate a portion of the proceeds from the MVFF40 screenings of ANDRÉ: THE VOICE OF WINE in support of those affected by the tragic fires currently raging throughout California.”

“I thank the Mill Valley Film Festival for generously donating a portion of the proceeds of the tickets sales to those affected by the fires. I would like to dedicate the screenings to all those impacted by these horrific events. It is with tremendous sadness to hear of the destruction and loss of life. We hope that the fires will soon be under control. Our prayers go out to all those who are suffering through this devastating disaster.” 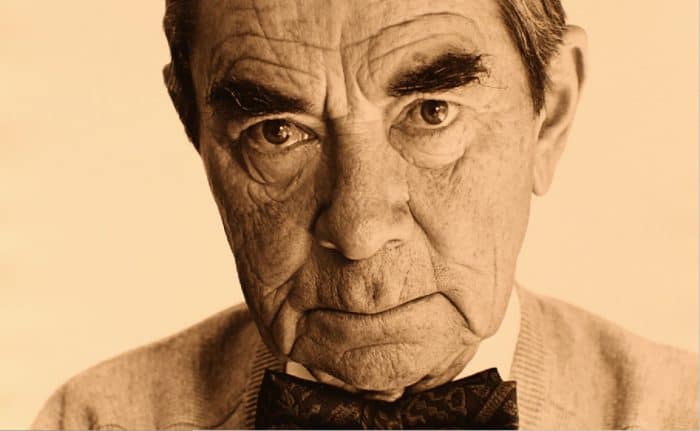 Regarding Andre – The Voice of Wine, those interested in the history of Napa and winemaking in general will find plenty here to enjoy. Featuring narration by Ralph Fiennes, the film tells the life story of Moscow-born Andre Tchelistcheff from his escape from the communist revolution in Russia where his family lost everything to his triumphant ascent in Napa as a ground-breaking winemaker.

Though I knew about the famous 1976 Paris tasting where U.S. wines (Chateau Montelena and Stag’s Leap) beat out the best of the French in a shocking upset, I didn’t realize the impact that Andre had on that event (notably he mentored winemaker Mike Grgich, now also a Napa legend), and, ultimately, the entire U.S. wine industry. Many of his innovations — frost protection, for example — have been widely adopted across Northern California wineries. He was a small man (with a deep voice). But based on the stories and accolades from his peers who appeared on screen, he had a giant impact on wine; so wonderful that Mark Tchelistcheff would take 10 years of his life to capture and share this inspiring story.