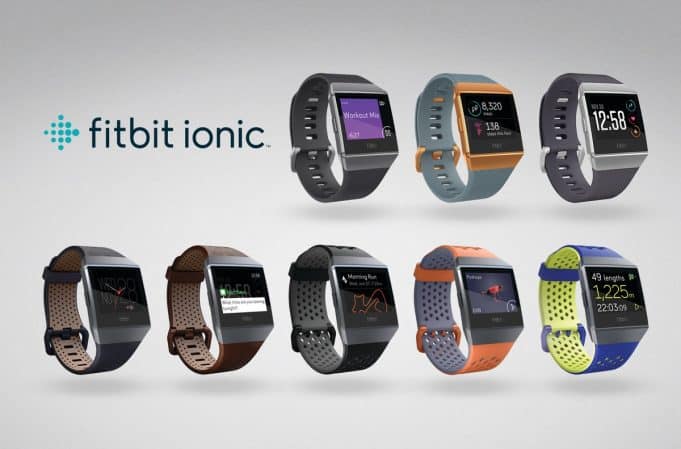 Most of us know Fitbit makes low-priced utilitarian fitness trackers. They’re not flashy. But they work and are easy to use. There’s a decent sized market for them, and Fitbit has done a relatively good job of grabbing share with products such as the Fitbit Charge and Blaze, though recently times have gotten tougher as large players like Apple (Apple Watch) and Google (Wear) have encroached on its turf.

Maybe not a surprise then that the San Francisco-based tech company would try something different.

That would be a smartwatch.

It’s called the Ionic. And it’s the first dedicated smartwatch that Fitbit has made. You could say the past models, especially the Blaze, are smartwatches, if not partially. After all, what truly is a smartwatch? Does it let you run apps? Get notifications? Track schedules and exercise?

Based on today’s announcement, the Ionic doesn’t look entirely different from the Blaze wearable either. It has that familiar angular design, what appears to be a decent, though not Apple Watch caliber, screen. And it has GPS, can withstand some splashes sinkside, and can monitor your heart rate.

But… here’s the big but…

Talk about testing the bounds of premium pricing. That’s Apple Watch (series 2) territory. For a company that has grown its reputation based on ~$99 fitness trackers that’s asking a lot.

One interesting feature that Fitbit is touting that emphasizes its fitness pedigree is something called a “SpO2” sensor. According to the company it will estimate oxygen levels in the blood. How useful that will be remains to be seen, but at least Fitbit will have a differentiator it can leverage as it markets the new watch over the coming weeks and months.

Another thing to watch for when Ionic ships: apps.

How much will Fitbit leverage the Pebble IP it acquired last year?

Given all the development that went into the — now defunct, but supported until end of 2017 — Pebble platform it might be a smart move to utilize as much as possible. As we know, the more developers a company can convince to build apps for their platforms, the stronger chance they stand of surviving long-term. Fitbit Studio might just be the answer.

Fitbit says the Ionic will hit the market in October. Meantime its marketing team has another uphill battle, this time convincing consumers that: (1) a smartwatch is worth $300; (2) Fitbit does something or, preferably, several things, better than the competition; and (3) the Ionic is worth the same price (or even more depending on the model) as the Apple Watch.

Tough times ahead. Then again, who doesn’t like an underdog?