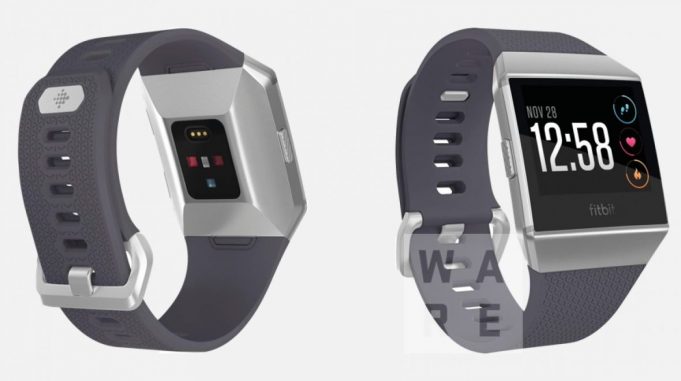 Photos of an upcoming Fitbit smartwatch have hit the internet. And, first reaction: not so good.

The display itself does look good, so far as I can tell, but the rest appears to be an engineering-centric aesthetic, mostly devoid of any fashion sense. Meanwhile, the Fitbit logo sits proudly and largely on the bottom bezel sealing the deal. Apparently this is a wearable that just doesn’t want to have an inkling of sex appeal.

Too bad. Many of us former Pebblers were keeping an eye on this bit of smartwatch news.

Last year Fitbit acquired the intellectual property from Silicon Valley-based Pebble. Though it wasn’t exactly what we all wanted to hear it did at least mean the company didn’t go bankrupt, and there was also hope that Pebble DNA could somehow rebirth within the Fitbit product line. Or, maybe management at Fitbit would retain the Pebble brand, and target distinct buyers who value, say, the smartwatch functionality (Pebble’s strength) more so than traditional fitness tracking (Fitbit’s strength)? Nope. That didn’t happen as we know too well.

So then our dwindling hopes were left on whatever new watch Fitbit brought to market. Sadly early indications based on these leaked photos suggest that, the hardware at least, doesn’t employ any of the old Pebble charm. What we have is more Ironman than Anime.

Still, there’s more to come. When we actually see the new Fitbit watch in action, then we’ll know for sure if any of the software side of Pebble made it into the final product. Pebble apps? It’s doubtful — I don’t imagine a company wanting to build and maintain to separate wearable app platforms that overlap so significantly.

Fitbit is positioning the new device — which looks to be available in 3 colors — as a smartwatch. The company confirmed via Warable that it “will be available for the holiday season.” Too bad it doesn’t stray from the  company’s fitness-oriented design language, as seen most recently in the (decent) Fitbit Blaze. Functionally it works well enough, but wouldn’t it be nice to see a small injection of fashion? (said a guy coming from a Pebble watch)

Given the runaway success of the Apple Watch (it all but owns the smartwatch market with share close to 60%), smaller players like Fitbit face an uphill battle. They can compete, but they will need to find niches, and differentiation. Price. Fashionability. Design. And, yes, fitness. Those are just a few areas that the competition can hone in to help set themselves apart from Apple. So far, despite its overtures to create its first true “smartwatch,” Fitbit seems to be once again drawn to its roots as making fitness trackers.

Then again, these are merely “leaked” photos. The final Fitbit smartwatch may end up looking entirely different. One can only hope!