It’s called “Send me SFMOMA” and here’s how it works.

You send an emoji or describe a mood via text to the San Francisco Museum of Modern Art (SFMOMA).

Studies have shown that the average museum visitor spends approximately seven seconds in front of any artwork.

Shortly after, the museum will text back a picture of artwork.

Not just any artwork. Per KQED, SFMOMA has about 34,000 pieces of art in its collection. Due to limited wall space, however, it simply doesn’t have the space to exhibit the entire collection. Approximately 2,000 (~5%) are on display at any given time.

It seems to me that this, call it Texting for Art program, is not only a great way to surface works that would otherwise not reach the public, but also a new way to engage busy consumers who might not have the time or inclination to set foot in the museum itself.

How to Text SFMOMA for Art 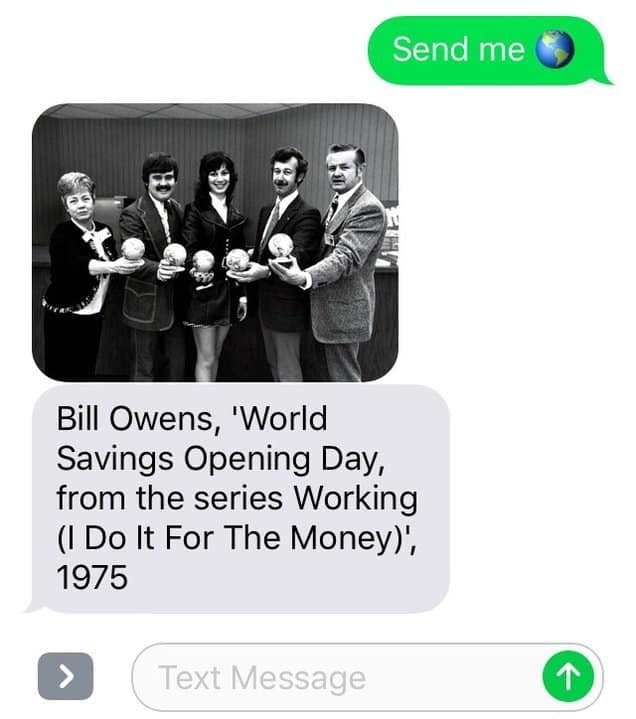 To receive a photo of a piece from the SFMOMA, do this from your phone:

According to a SFMOMA spokesperson via KQED, the initiative has resulted in 2 million texts so far.

That the effort to engage consumers via texts has been a success seems to be an understatement. Creative technologist Jay Mollica writes:

“During its beta run, Send Me SFMOMA returned such a deluge of responses that the original number was blacklisted by major mobile carriers — they thought SFMOMA was spamming people with art! Within four days, more than 12,000 text message requests were received, generating over 3,000 different artworks (that’s more than what is currently on view at SFMOMA) sent to users across the globe. Once we recognized the popularity of this service, we secured a short code — a preapproved five-digit number that carriers know not to blacklist.”

Read the rest of the story over at KQED, and learn more about Send Me SFMOMA at the museum’s web site.

Meantime, why not text 572-51 and lighten up your messaging feed with some artistic inspiration?