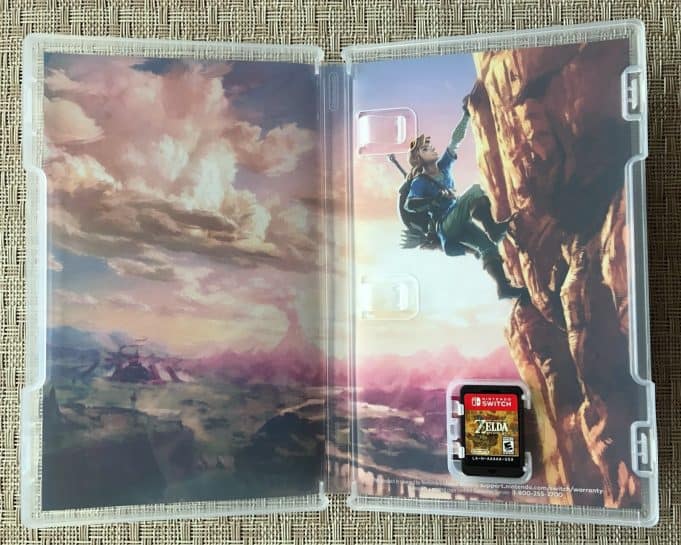 I’ve got a Zelda cartridge alright. That part was easy. But I’ve got no where to put it. That’s because the Nintendo Switch is apparently selling like mad — GameStop says it’s the best video game console launch in years.

It would seem every decade or so the company teeters on the brink of bankruptcy. Most recently, I’d blame the rise of smartphone gaming and the marketing abomination that was the Wii U console. That just about did in Mario and crew again.

Yet some how, some way, Nintendo finds a way to become the hottest ticket in town. Thousands around the country, once again, lined up for a midnight launch last week at places like Target and Best Buy. Hopefully the strong initial sales numbers, can translate into long-term viability. Some, however, are not convinced that will be the case.

Despite all the online tools like BrickSeek for inventory checking I’ve yet to snag a Switch. For the sanctity of my wallet, and, more importantly, out of resolute principal I absolutely refuse to pay a flipper on eBay any sort of mark-up.

After a few minutes of fruitless hunting on various sites — including even almighty Amazon — I told my wife that there was an unfairness about the whole thing. Here we have a phenomenal new video game; something like The Legend of Zelda: Breath of the Wild which sits currently at the #2 best video game of all time comes along once, maybe twice, a generation. But, no Zelda for you!

For us Elder Scrolls fans, awaiting the sequel to Skyrim is pure agony. I mean, at this rate I’ll only see a few more adventures in this lifetime. So I suspect there’s a bunch of pining to take in the vast, beautiful open RPG world if only because it sort of satiates that desire. To experience all that painstaking effort and art design, be it in Skyrim or Zelda.

Yet, Nintendo Switches are sitting out there, unopened. No doubt thousands of them. I explained to my wife that perhaps Amazon shouldn’t facilitate a third party marketplace where flippers can flourish. eBay too? She said that was ridiculous, “you’re being too Canadian.”

I guess I can chalk one up for anticipation. Such a sad story.

Yes I should’ve gone through with a Switch pre-order. But who knew BotW would be this good? And the console this well received as well?

We all know there’s a deficit of games at launch — this isn’t the first time for Nintendo and others like Sony with the PS4 found themselves in similar circumstances on day one, before eventually rolling out quality titles. That doesn’t matter one bit. Because we have Zelda. Link. An epic adventure. 2017. A beautiful year … to be a RPG gamer.

So for now I can stare at the — rather minimal — cartridge packaging. Inside, there’s a tiny, little thing. A world awaits.

Meantime, I have two things on my mind:

Then again, I really should be in the edit suite working on another video for Stark Insider.