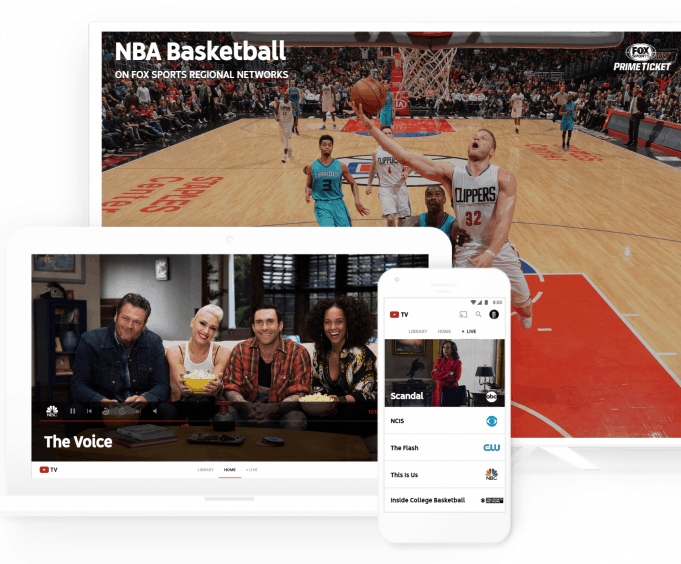 Is it the final nail in the coffin?

Cable and satellite providers across the land are already hurting. Badly. Cablecutters are an increasing lot. Thanks in part to average internet speeds (download) in the United States of above 50 Mbps — and that’s for a country that doesn’t lead the pack in terms of raw speed — it’s easier than ever to cut the cord and happily enjoy streaming content on places like Hulu, Netflix, Amazon Prime (i.e. Manchester by the Sea).

Today, though, Google is taking it one step further.

YouTube TV is almost here and with all four major major networks — ABC, CBS, NBC, FOX — in tow. Soon you’ll be able to stream to your hearts content all (or almost all) your favorite shows without mortgaging your future to Comcast and DirecTV. 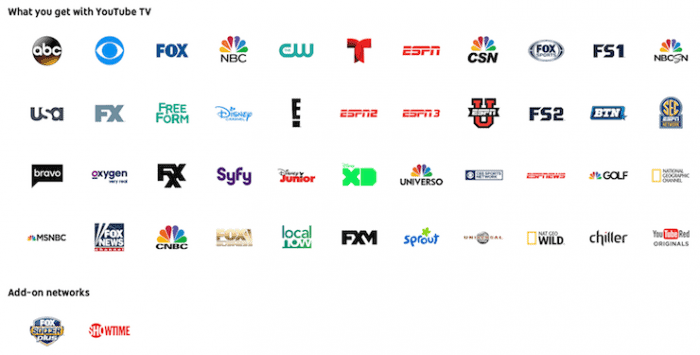 As others have pointed out, there are some notable omissions including CNN, HBO, and the Food Network. But another excuse to get out to the gym right?

The service will cost $35 per month.

And hear this shifty cable and satellite operators: no contract. Yes, you can cancel anytime.

Not bad. Not bad at all.

The following cities (the 10 largest media markets) will get YouTube TV first:

In addition, you get unlimited DVR storage (for up to 9 months). Other goodies include multiple user profiles and simultaneous streams (up to 3).

You’ll be able to stream YouTube TV on tablets, computers, phones of course, and also Chromecast. No word yet on Android TV and other places like video game consoles such as the Xbox One or Sony PlayStation 4.

For now it looks like the service will roll out only to major U.S. cities (see list of 10 markets above), with others surely planned if all goes smoothly.

Competition is always a good thing. Surely, this will light a fire under other platform giants (most notably Amazon) as the race to own the living room 2.0 heats up.

I cut the cable long ago. One of the frustrations, though, is live events. Take the Oscars, for example. I’m not really an awards show kind of guy, but this year we wanted to play it in the background while we worked on our laptops. Many of the nominees had attended last year’s Mill Valley Film Festival and we had interviewed a few here on Stark Insider (on YouTube… of course). So we thought it would be fun to watch and see who won what. What a year to watch… right through to the final award for best picture.

The challenge watching something like the Academy Awards or the Super Bowl or the Olympics or anything that is a live event is that those shows aren’t typically streamed live (though that does seem to be changing lately) — at least not without some sort of cable or satellite account. So Google search it is. Every time. What web site or service do I need to use [insert show name here]? The answer is seemingly different each time.

This time, for the Oscars, it was Sling TV. But I wonder if Google is set to corner this rapidly changing market? They’re going to have all the majors, plus a nice collection of other stations at a price that isn’t nearly as criminal as the old school cable and satellite providers used to charge us. Rather, it’s anything but criminal. It’s rather a good value really, especially when you consider a subscription also includes YouTube RED — a service that enables you to watch YouTube videos without commercial interruption.

Is YouTube TV the final nail in the coffin for the likes of DirecTV and Comcast and Dish and all those crusty companies that refused to innovate until Google and Amazon and Hulu came along?

Then again. It’s going to be slow and ugly. But thanks to YouTube TV and the market forces that result from competition, us consumers all win.

Really, there’s only one question that remains.