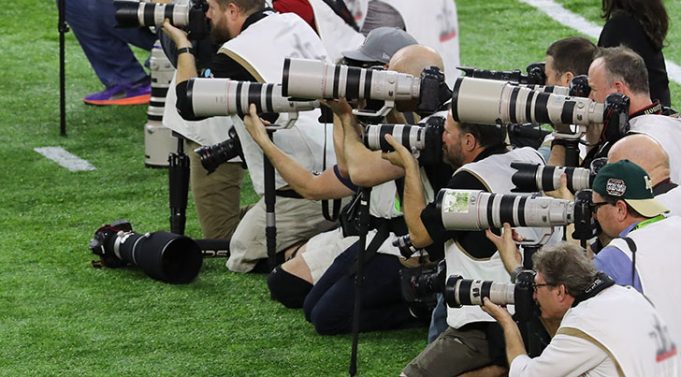 If you’ve been following camera forums and geeks and tastemakers over the last few years, you’d think Canon DSLRs were all but dead. After all, who can make a film without 4K?! (oops, forgot: Canon DSLRs were used by Danny Boyle for 127 Hours and Darren Aronofsky on the subway scenes for Black Swan to name but a few high profile examples).

And, once again, at the world’s biggest stage, it was Canon cameras that dominated: 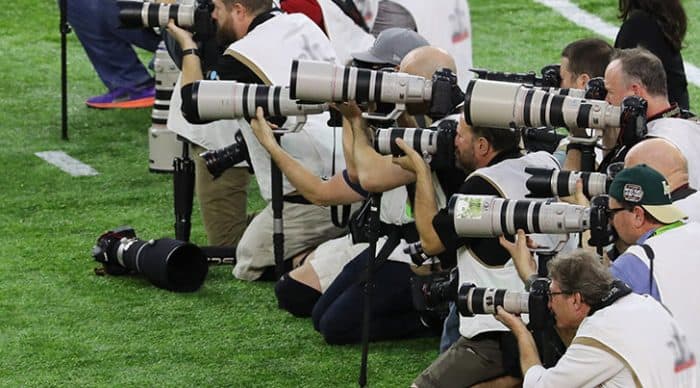 I suspect some of that popularity has to do with Canon glass. Some of the best lenses in the world are made by Canon, especially those ubiquitous ones you see at major sporting events, including the Super Bowl. Red carpet type events is another where you see most pros using Canon (with some on Nikon too).

To me, it’s mostly inconsequential.

I’ll use whatever camera is best suited or the job, and leave the fanboys to rant incessantly about the lack of that feature or the disappointment that is the latest model from [insert vendor name here, though typically Canon].

Because of the advent of the smartphone camera and it’s incredibly increasing capabilities, we’re living in a time of incredible photography and videography gear. Smartphone makers have forced traditional camera vendors like Canon and Sony and Panasonic to up their game. Part of that has meant a shift in the market to higher price points. So new models such as the Lumix GH5 and Sony Alpha a6500 and Canon EOS 80D are priced significantly higher than their predecessors. But, along with that comes incredible capabilities.

Yes, Canon is still everywhere. In fact, the Japanese stalwart is — despite what many photo bloggers/aspiring filmmakers will tell you — number two in the mirrorless market at 18.5% share (trailing only Olympus at 26.8%). Number two! That, despite apparently missing the ball on the market, and releasing so many “disappointing” cameras.

Lurk less in the camera forums. At least, that’s what I tell myself.

Pixel peepers are an unforgiving, relentless, and often irrational breed. Fun sport, yes. But in a lot of ways, also fruitless.

After all, people don’t remember our cameras. They (hopefully) remember our work: be it a stunning photo, or an entertaining and/or informative video.

Choose your weapon(s) of choice for the job. Then get to work already.

At least… again, that’s what I tell myself. Sometimes it’s easier said than done.

(sigh, why’d I sell my RED Raven… or does it really matter?)