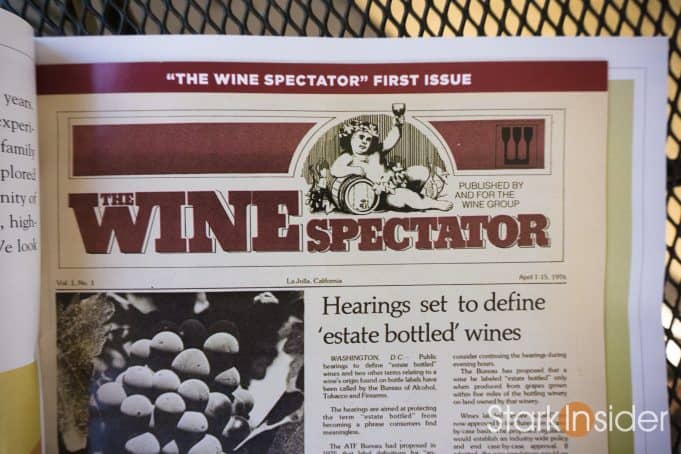 A “wine diet” gets top marks.

Zinfandel is “mostly just to enjoy.”

And, yes, Virginia, there are vines in ‘Olde England!’

Those are just some of the headlines in the first ever edition of The Wine Spectator.

Publisher Marvin R, Shanken has included a reproduction of that inaugural issue in the most recent copy of the far glossier, bigger, and ad-heavy Wine Spectator magazine (Nov. 15, 2016).

It’s a nifty touch. It’s also a reminder at how young the idea of a wine industry is here in the States. While vineyards and vintners have existed earlier than the 1970’s perhaps there’s somewhat of a surprise that no one had been writing about it earlier — at least at scale.

Skimming the articles in the slim, 11-page issue reveals some of the things early oenophiles and industry players were thinking about when it came to wine:

According to Shanken, The Wine Spectator’s founder told him in 1979 that if he didn’t buy the publication it would close. So he did. “I loved Wine Spectator, and I didn’t want it to die.” 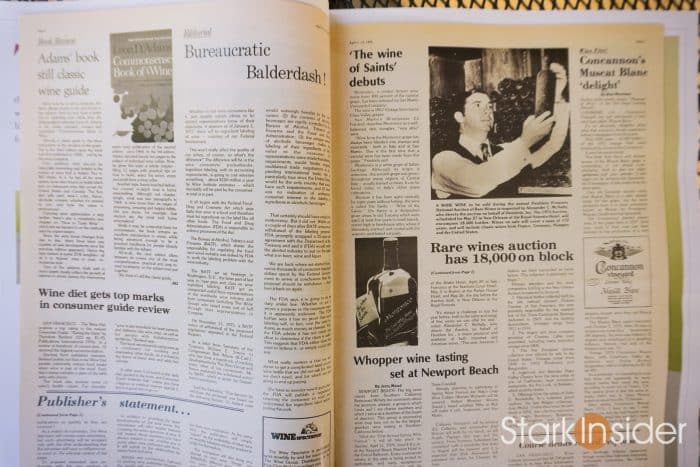 One thing conspicuously absent from those early days: wine reviews.

Of course, them, along with the 100-point scoring system are very much the cornerstone of today’s WS (and other publications, notably the Wine Enthusiast magazine). Shanken notes that over the years editors have rated some 335,000 wines in total.

Skimming through the newspaper within the magazine, I realized that those early pioneers were really onto something. Wine has become a huge business. Along with the economics associated with its rapid growth, the culture here in the U.S. has matured along with it. Wine with lunch? Common place. Aging wines? Even those with a spare, cool cupboard are doing it. Merlot?! Hmmm… that could be an interesting one…

I wonder, what will be talking about forty years from today?

Maybe we will be walking around, tasting virtual wines with virtual friends in virtual realities. Likely, sipping on beautifully aged Napa 2040 Cabs while raving about our weekend getaway to an airBnb on Mars (4.5 out of 5 stars, with intergalactic views to kill for).