It’s been a good past year or two for the horror genre. Plenty of innovative, multi-layered films like A Girl Walks Home Alone at Night, The Babadook and It Follows have ensured that us fans of non jump-scare fare are satiated.

If you’re like me, you like sub-text, or at least a little. The Conjuring (2013). Decent enough. Director James Wan is no doubt talented and has an eye for pretty visuals. But I like my horror with some psychological depth. Intrigue. Subtlety.

I’m avoiding the easy, obvious picks — classics like The Shining, Friday the 13th, A Nightmare on Elm Street, The Exorcist, Halloween, Texas Chainsaw Massacre, Carrie, Rosemary’s Baby, Alien, Psycho, Nosferatu. If you haven’t seen any of those, then you absolutely must if you consider yourself a student of horror. But for this list I’m going a bit more obscure. And mixing in new stuff, with some older films as well.

With that, here’s my top 10 list of best horror films for Halloween. Or Christmas. Or Valentine’s. 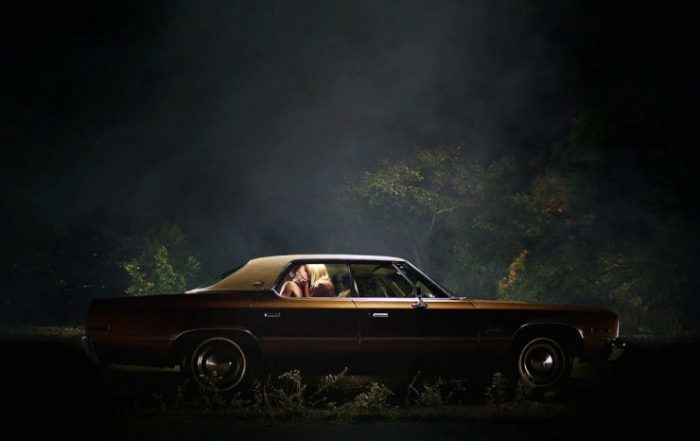 As you can tell from this list, 2014 was a good year for horror films. Thanks to an unusual hook It Follows may well lead the pack. Bailey Spry is our Jamie Lee Curtis, but instead of being hunted by an escaped lunatic, she’s chased by an unknown supernatural force. Soon we realize the “rules” — figuring out how to beat the system is half the fun, and keeps us riveted to the superb finale. What I like about It Follows, aside from its beautiful homage to ’80s horror and its stellar soundtrack, is its devoid of the jump scare. Instead writer-director David Robert Mitchell opts for an intelligent slow boil. Pretty cinematography. Strong dialog. Refreshing story-line. Highly recommended. 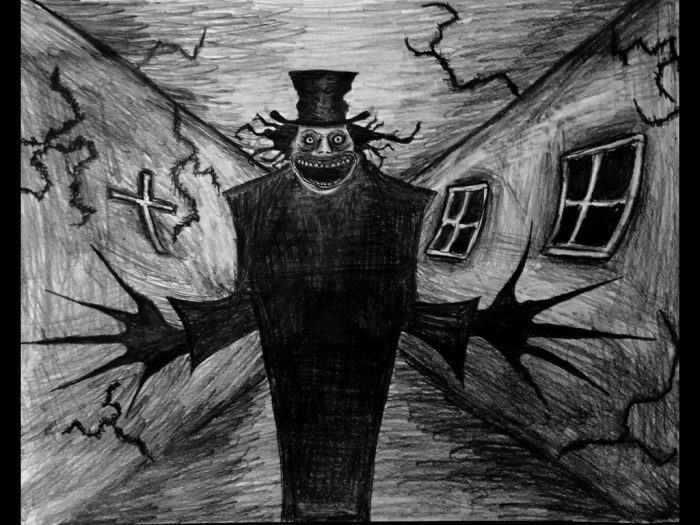 Another unique entry. On first viewing The Babadook might seem fraught with cliche, turning far too often to bumps-in-the-night and scary music on queue. But there’s far more here. A mother is attempting to over-come grief, and trying to hang on to sanity while caring for her son. A mysterious book shows up on the doorstep. And weird things begin happening. Superlative execution. A decent into madness. Or maybe not? 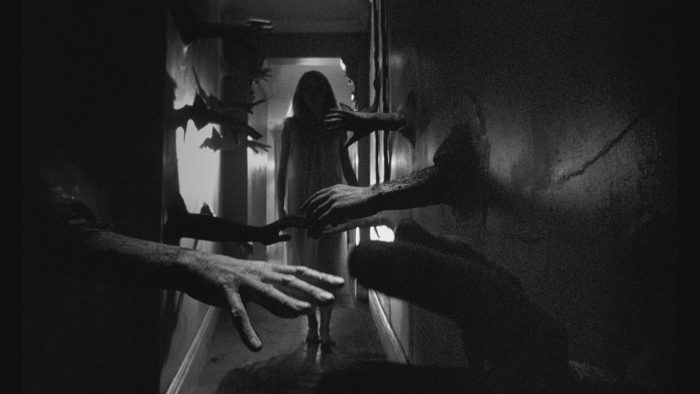 In Roman Polanski’s earlier work Repulsion (1965) I see a bit of the magnificent (and under-appreciated) Carnival of Souls (1960). Both films feature an attractive blonde constantly trying to escape the clutches of sexually charged suitors, extended dialog-free scenes, and an impending sense of dread. Polanski’s though is the deeper, more challenging work. Symbolism. Metaphors. Sub-text. All here, and not immediately evident how it all hangs together. Catherine Deneuve’s performance is outstanding. Alone, in her apartment, the world comes crashing down on her. A classic that still influences psychological and horror film directors to this day. 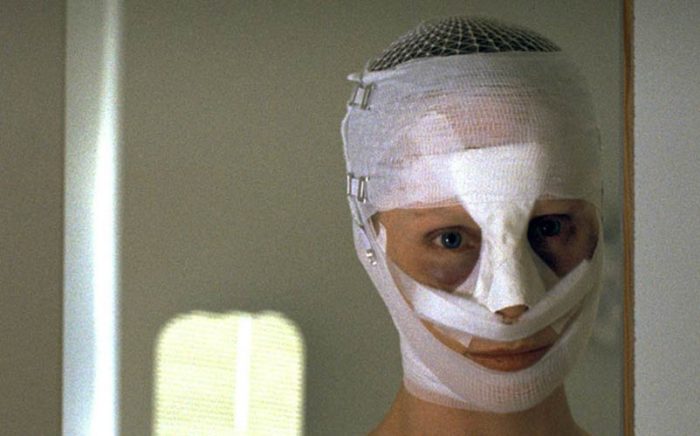 Austria?! The Sound of Music? No, Goodnight Mommy. For unexplained reasons, a woman undergoes plastic surgery. When she returs home to her twin boys, they sense that perhaps the person underneath the bandages is not, in fact, their mother. Is she someone different? The brothers take matters into their own hands in the search for the truth. And. What. A. Reveal. You might see it coming, but it packs a wallop. 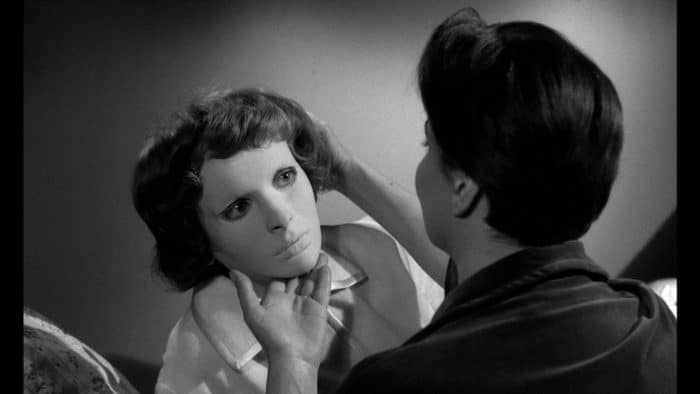 Based on a novel by Jean Redon, Eyes Without a Face is about as good as ’60s horror gets. A mad scientist attempts to restore the face of his wife which was badly disfigured in an accident. This, or course, necessitates him entrapping young women so he can do late-night skin grafts. And stuff like that. I’m quite sure the film inspired Billy Idol’s hit song of the same name. Also, look for the excellent homage The Skin I Live In (2011) starring Antonio Banderas as the man who will go to any means necessary to make his wife beautiful once again. Release the hounds! 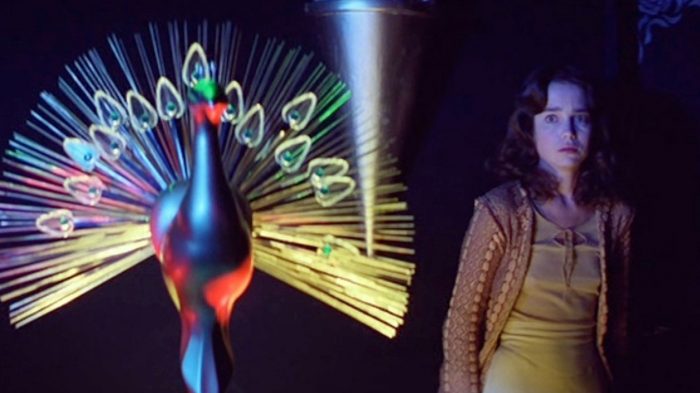 Here’s a fun double bill for Halloween (or Christmas, or Valentine’s Day, or New Year’s Eve). First, watch Dario Argento’s surreal poem Suspiria. Then, while still basking in purples, reds, barbed wire, and stage blood, load up Nicolas Winding Refn’s The Neon Demon (review). At this point you should already be hypnotised. Lean back. Relax. Let the electronica, geometry, glitter wash over you as you descend into the rabbit hole known as L.A. 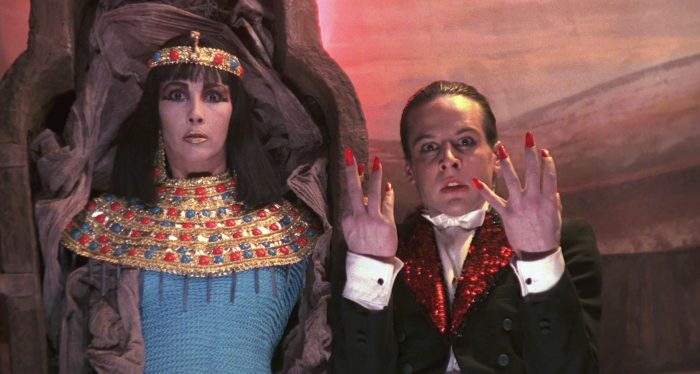 Speaking of Refn. Here’s a forgotten gem. Santa Sangre is far from Alejandro Jodorowsky most known or influential works. That honor would go to El Topo (1970) and The Holy Mountain (1973). Rightfully so. But this ’80s entry is entertaining, smart, and features a twist of Hitchcockian proportion. A young boy grows up with a circus family. Various shocking events traumatize him. As he gets older, he experiences flashbacks, and must cope with an ever prescent, domineering mother. I only recently saw this one for the first time. Many of the scenes are so iconic, so beautiful, so mesmerizing — breathtaking, and deserving of repeated viewings.

David Cronenberg at the top of his game. One of my favorites, the Canadian director nails the distopian atmosphere of a future all-consumed by media. TV has come for our souls. How appropriate given our new favorite pastime of binge-watching Netflix. As the morally questionable Maxx Renn, James Wood delivers a knock-out performance. At once in complete control. Until, he (and we) are not sure what’s real or imagined. I guess Deborah Harry can do that to a guy. Long live the new flesh! 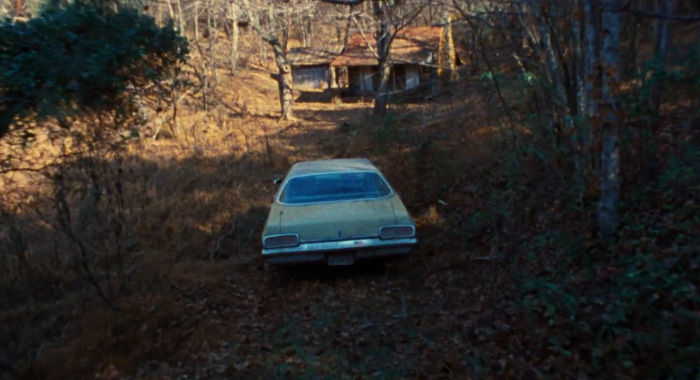 Avoid the sequels and remakes and go directly to the Sam Raimi 1981 original. In lesser hands The Evil Dead might be a cliched, predictable kids-in-a-cabin-in-the-woods-get-in-trouble-unleash-demons slog. With haunting camerawork, gritty special effects, and a keen eye for character development, Raimi raises the bar. No wonder this film is cited time and time again by modern-day horror auteurs. There’s a nice reminder here too that sometimes less is more. Made for next to nothing, there was plenty of improvisation — makeshift dollys, for instance — during the shoot. Look for extras and Google to learn about the making of The Evil Dead. Creative stuff. Talk about perseverance and the will to get the job done! Robert Rodriguez would channel that same attitude and work ethic with his smash debut, El Mariachi (1992).

Ah, to be a star! Dreaming of Hollywood and stardom is nothing new. We’ve seen it before, perhaps most famously in David Lynch’s opus Mulholland Drive (2001). No doubt that film inspired Starry Eyes. But Kevin Kolsch and Dennis Widmyerlow’s budget indie does yeoman’s work in finding its own style in telling the story of an aspiring actress trying to make in L.A. It all starts with a command performance by Alex Essoe. In once scene she shockingly tears her hair out after a miserable audition. There’s a wonderfully lurid scene involving a producer that “invites” her to the proverbial casting couch (it’s been said this was inspired by rumors of David Lynch himself). Later, she turns on her roommates, and the real fun begins. Stellar sound-track (like It Follows, embracing that ’80s electronica vibe), strong script, and cinematography belying its indie budget. Join us!