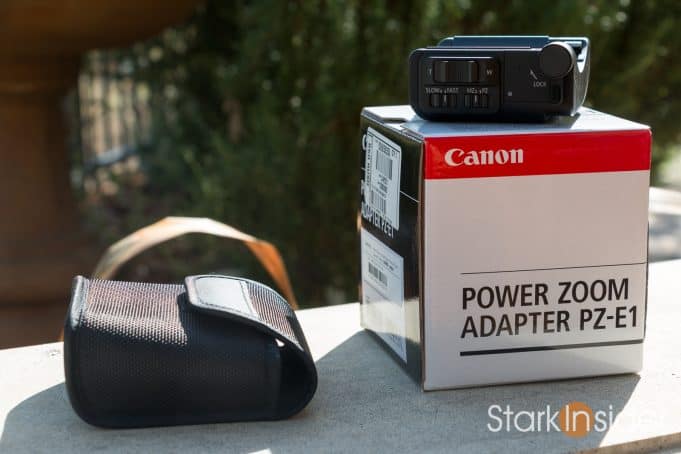 One thing that camcorders have always had over their DSLR contemporaries is the ability to execute smooth zooms. Simply hold the rocker in either direction for nice, smooth zooms in and out of your subject matter.

With its new low-cost Power Zoom Adapter PZ-E1, Canon aims to change that. At least, partly.

In a few test shots with the accessory I have noticed at least one limitation: it only works on the Canon EF-S18-135mm f/3.5-5.6 IS NANO USM lens. Handy reach, yes, but not the best lens ever for shooting in low light. Outdoor run-and-gun should be okay. Things will dark rather quickly indoors, though. Something to keep in mind.

Aside from that there’s a lot to like here.

The PZ-E1 is powered by four AAA batteries (Canon claims 100 minutes) that sit in a compartment on the side. I found attaching the adapter to the 18-135mm simple. Line up to the pins, and turn the lever to lock it in place. A protective cover is included.

Controls fall nicely to hand on the left side of the lens. If you’re like me and belly shoot, or cradle shoot, then you’ll feel instantly at home. Right hand on the grip, with access to controls (ISO, shutter, record, etc.). Left hand controlling the lens (focus, zoom).

Zoom action is smooth and quite nice. There are two modes: slow (~ 10 seconds) and fast (~ 2-3 seconds). I found that at the end of the zoom the motion feathers, ever so slightly, to a stop.

As you can see in this brief test video, the Canon EOS 80D DSLR had trouble keeping up with focus. I suspect that’s likely because this was a fairly dark scene.

The Pz-E1 also worked well on my beloved Canon EOS Cinema C100 II camera. I’m guessing that the power adapter works merely in conjunction with the lens itself, and that the camera body is irrelevant in terms of compatibility — so long as it has an EF mount. I could be wrong. But it would seem to make sense. 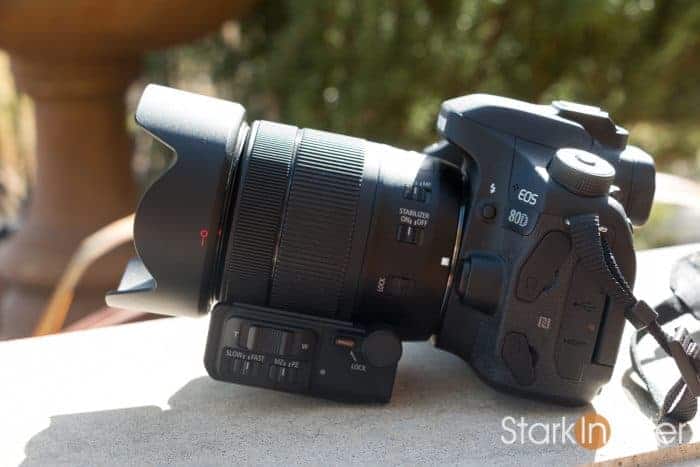 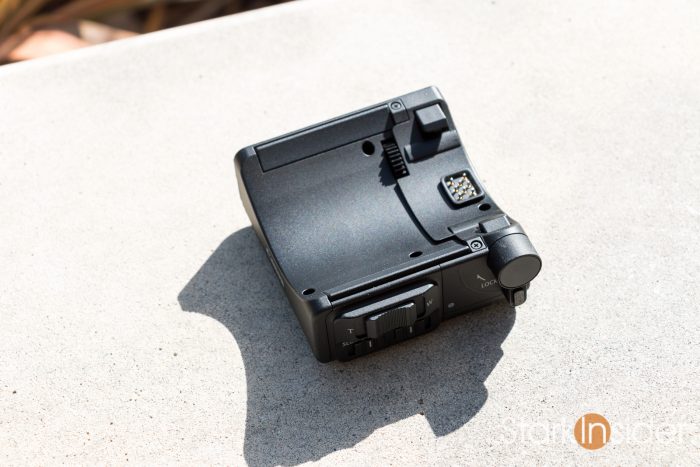 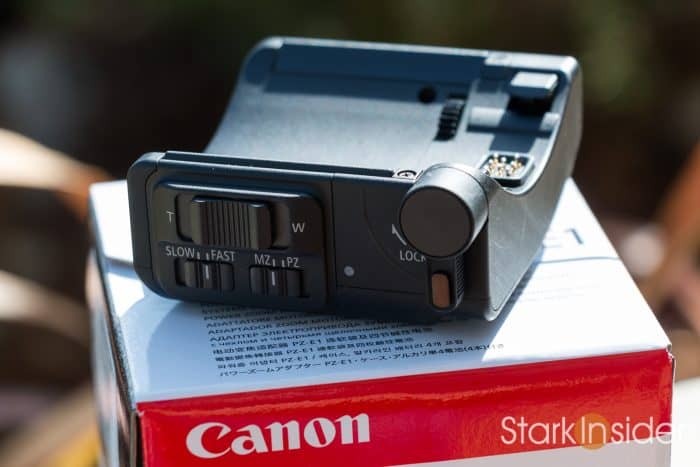 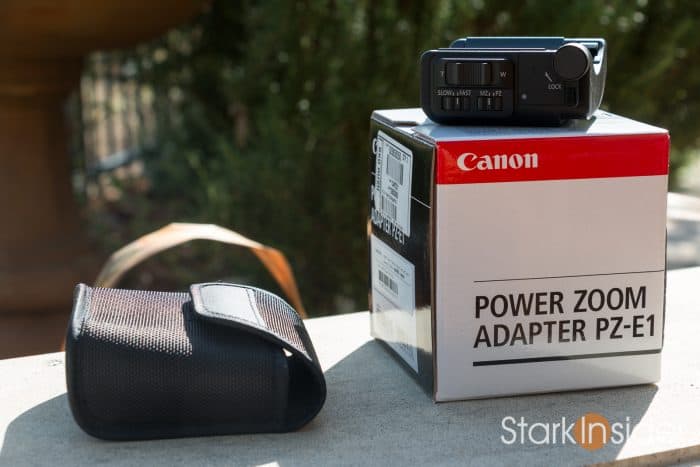 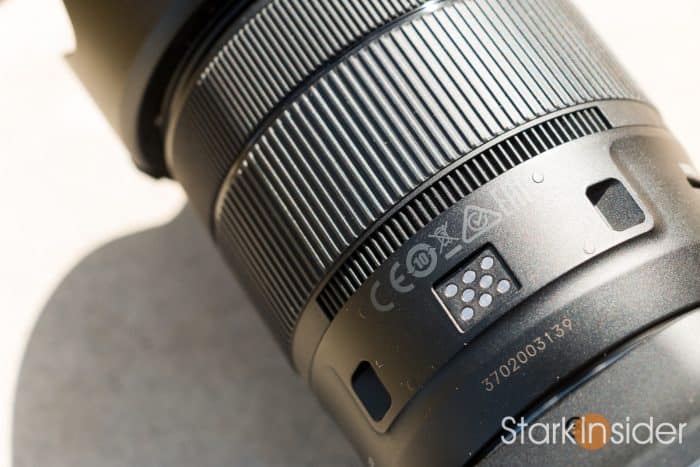 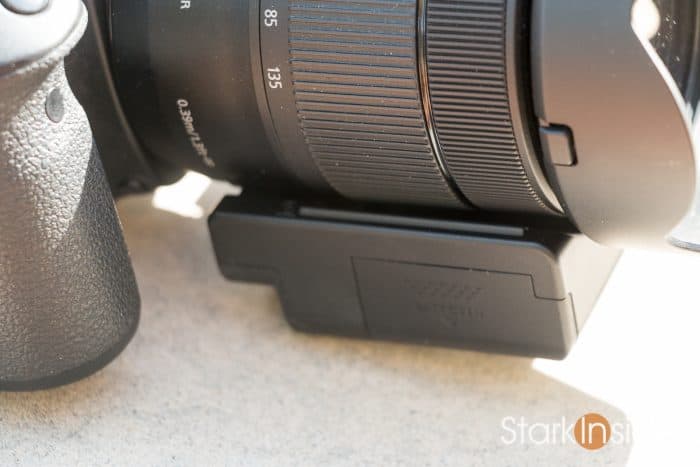 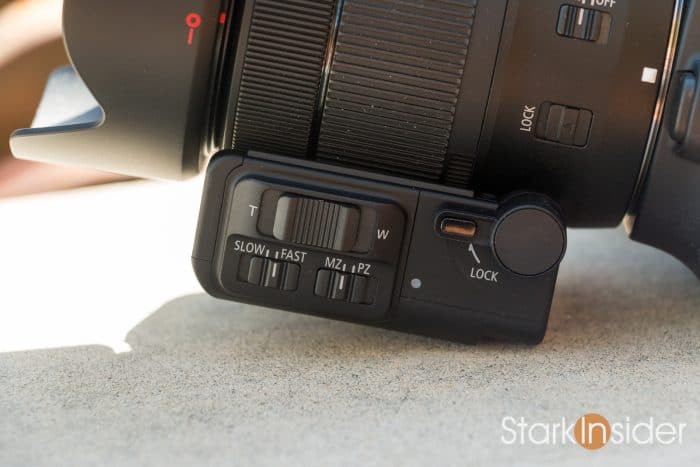 Gearing noise is present. I hear it on the files generated by the 80D. Another thing to keep in mind if you’re going to be picking up audio from a shotgun microphone.

I’m not sure how often I’ll use the PZ-E1 power zoom adapter on my shoots. I’m a crash zoom kind of guy, and typically “shoot for the edit” as they say. I’ll grab a wide shot. Then zoom in to the subject for a close-up. During edit I can cut as needed.

For documentary and concert and wildlife shooters, this camcorder-like zoom might come in handy. It’s nice that Canon at least now offers the option. For narrative probably less useful. But: Brian De Palma?!

If you can live with the fact that the PZ-E1 only works with the 18-135mm Nano zoom (the new one), then it might be worth a look.