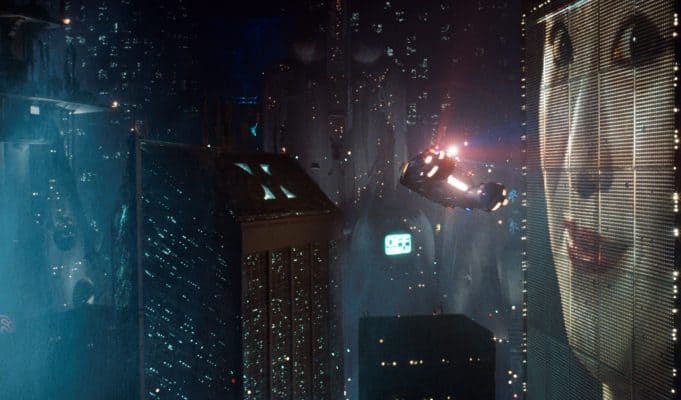 If a movie is defined by its look, its mood, then Blade Runner is one of the industry’s most famous, celebrated examples.

But will it be any good?

Hopefully the creative team won’t mess with a good thing, and overuse CGI and green screen. Obviously, effects will be essential, but I’m hoping that the essence of noire — rain slicked streets, a sense of dread, ominous darkness interspersed with rare slivers of stunning light — remains intact. Please give us grit and dread. When it comes to noire, and, especially, the gloom embraced by the original Blade Runner film, we appreciate the non-Hollywood treatment that might otherwise favor gloss and hope. I’m banking on Villeneuve’s love for the original to carry forward throughout the creative treatment. The fact that veteran DP Roger Deakins will helm cinematography further bolsters the chances of this project being a success.

Also, let’s not forget the fantastic, electronica score by Vangelis. It was every bit a major character in the original. The scenes of the spinner arriving at the police station while Harrison Ford finished his bowl of noodles would never feel the same without those dreamy signature Vangelis pitch-bends.

Anxious fans can get their first glimpse of what to expect courtesy EW. There a few concept shots of the follow-up to the dystopian classic have been published. They look, in short, fab.

Tell me about your mother…

Based on Philip K. Dick’s novel Do Androids Dream of Electric Sheep? (1968), Blade Runner was initially a disappointment — especially by the box office standard at the time for actor-driven Hollywood blockbusters. At the time sci-fi was all about Star Wars and light sabers and promotional lunch boxes and toys. So a brooding piece about replicants with droning off screen voices decrying an off-colony world seemed anything but mainstream. Voight-Kampff? Too cerebral and obscure for the mainstream gleaned on E.T.. Thankfully, the studio axed the (ridiculous) happy ending of Deckard and replicant Rachael driving off into the sunset — courtesy of some unused countryside footage from Kubrick’s The Shining. And, over time, Blade Runner has come to be recognized as a genre-defining classic.

As much as I dislike sequel-itis gripping Hollywood these days, this Blade Runner sequel is easily my most anticipated film in quite some time (right up there, after The Neon Demon of course…).

The climate has gone berserk — the ocean, the rain, the snow is all toxic.

At this point we do know a “berserk” climate will play a factor. In addition, it seems as if the setting will extend beyond the confines of Los Angeles. Further, we know the planned release date: October 6, 2017.

It’s too bad she won’t live. But then again, who does?