Another standout from the 2016 SF International Film Festival was Les Cowboys, a French film directed by Thomas Bidegain.

A beautiful teen disappears during a country festival, and her father begins a search for her. Set in rural France in 1994, the expertly woven story moves from country to country over the course of a decade, as a father and son seek to make their family whole again.

Kelly is 16 and steals your heart as she slow-dances with her father at an American-style country music festival in France. Her dad takes the stage and sings “Tennessee Waltz” to his favorite and only daughter. Moments later she cannot be found. Neither friends nor family have clues to her disappearance. Local police seem indifferent; after all, teen runaways are not news and she is old enough to make up her mind.

In Kelly’s bedroom her father finds an Arabic grammar. Why is she learning Arabic? Who is this Ahmed she has been seeing? Why do his parents not know where he is? And the search begins. Flyers are posted by the increasingly worried family. Her father shows her photo to everyone, including people whose lives he previously had ignored – immigrants from the Middle East and North Africa. His worry turns to anger and eventually to rage. Somebody must be to blame for this.

And so it begins. Alain Balland quits his job, badgers local police, leaves his sensitive wife to grieve alone, and takes his young son with him to other towns in France and to Belgium. This is a world explored in part by John Ford in his 1956 classic, “The Searchers,” and to some extent by Pierre Morel in his 2008 action film, “Taken.”

However, director Thomas Bidegain goes much further into the heart of a clash between cultures, and what it means to lose a daughter to those “others.” For the father in “Taken,” the search is focused by his previous experience in “black ops” and the knowledge that his daughter is held against her will by men with evil intent. He knows he will bring her home, no matter what. 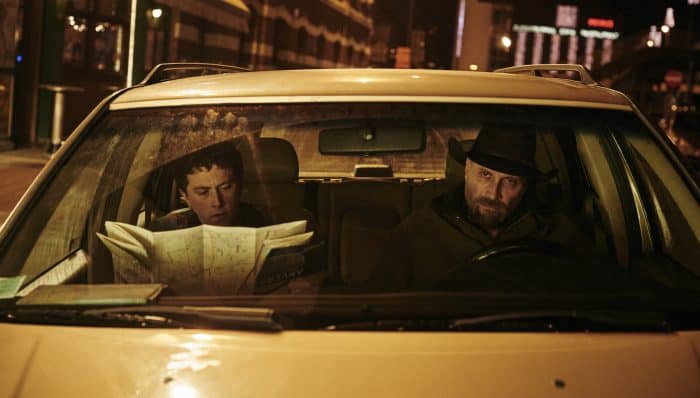 For the uncle in “The Searchers,” the hunt is simplified by the knowledge that his niece was kidnapped by warriors of an enemy nation, the Commanches, and by his ability to track them eventually to their own territory. He does not know what he will do when he finds his niece among the Commanche, whether he will return her to her parents or kill her because she is no longer a virgin. The searcher does not know until the moment he finds her.

For Alain Balland, the search for his missing Kelly requires contact with people he calls “ragheads,” whose world he does not understand and does not care to understand. With each new tidbit of information, the father slips away from his family and deeper into the underworld known only to those who are searching for a missing loved one – the world of fake identification papers, illegal immigration, clandestine meetings.

One day Alain must continue his search alone, going as far as Yemen and Syria. His son Georges refuses to go with him, no longer believing Kelly can be found. It is not until the twin towers come crashing down on the streets of New York in 2001 and the western world goes to war against Islam, not until then, that Georges returns to searching for the sister he never forgot.

The well-cast film weaves personal stories into the chaos of international strife, and makes points with a subtle scene or a few words spoken with emotion, lingering on a facial expression, a red bandanna, or a setting sun, the processing of grief through a silent scream while sheets are being hung on a clothesline.

Interlaced with Alain’s search for his daughter Kelly is the racism which surfaces whenever immigration becomes noticeable, the fear of the other never far from the surface, and the clash of cultures between the West and Islam. The storytelling in “Les Cowboys” is powerful precisely because we are shown who people are and what they are about through ordinary scenes of life in France, Belgium, Pakistan.

The viewer is asked to put in an effort, as the plot moves from country to country over a period of time, but that effort is rewarded. This is an ambitious film, featuring a working-class family in rural France experiencing great trauma. The director stays focused on each family member’s search for wholeness, and the viewer is rewarded. Highly recommended.