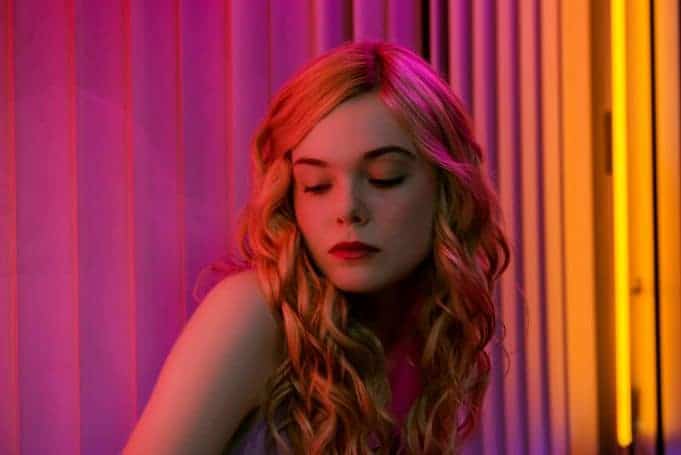 Look, no question there’s a litany of reasons why we should collectively Ban the Danish filmmaker, such as:

And, yet, Refn continues to make some of the most interesting, beautiful and divisive films: Drive, Only God Forgives, and, now The Neon Demon (June 24th in the U.S.). All demonstrate a most welcome arthouse style that is sadly lacking in today’s Hollywood. Violent? Yes, these aren’t Disney films. They’re made by adults for adults.

But a critic for The Daily Mail seems to have missed the point. Clare Foges says Neon Demon “could be the most graphic film shown in Britain.”

The self-professed fool can count his lucky stars that his film continues to garner headlines.

“I fear censorship more than I fear bad cinema.”

Commenter on Daily Mail calling for Ban of The Neon Demon

In the article, Foges argues that the British Board of Film Classification (BBFC) isn’t applying stricter standards. Sadly, it would seem, once again, some feel a label is a far better parenting mechanism than an actual parent.

Extreme violence. Cannibalism. Lesbian necrophilia. I’m not sure I understand what’s not to like about Refn’s new story about a model trying to survive the cutthroat modeling business in Los Angeles?

The Neon Demon shares some despicable company in her critique to be sure, such depraved and disturbing works such as The Dark Night, 12 Years a Slave, and War of the Worlds. I will admit, she gets us on The Human Centipede.

“Trashy people will continue to make trashy films as long as there are trashy people who want to pay money to see them. That is the bottom line.”

Hey @MailOnline, thanks for trying to ban #TheNeonDemon… perhaps it's time you saw it? Drop me a line and come to a screening. NWR

Despite apparently not having even seen the film she wonders, “How is it acceptable for the vilest depths of human perversion and cruelty to be packaged up as entertainment?”

Then: “Don’t hold your breath, but wouldn’t it be wonderful if the BBFC took a stance and banned films designed only to shock, sicken, corrupt and deprave?”

No. That wouldn’t be wonderful. It would be censorship of the worst kind.