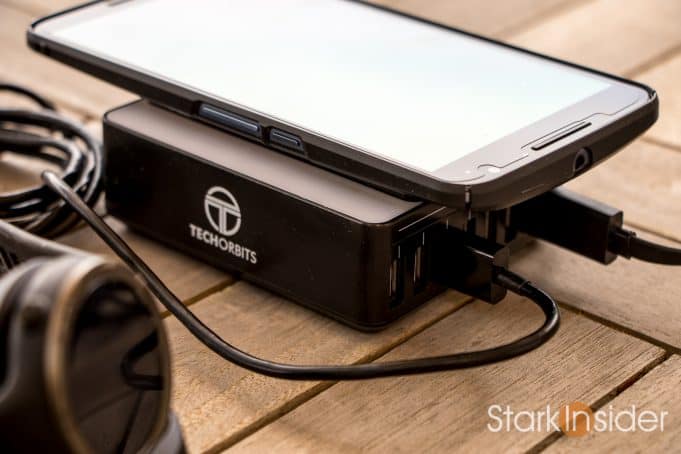 Everything is all well and good in our go-go mobile, always-on lives. Except, of course, when our phone dies. Dead battery. Super sigh. Queue Internet Rage Engine.

21st Century Sadness is when it’s time to charge all our tablets, and phones, and watches, and fitness trackers, and the oh-so many other things that need juice to make it through the day. Me? I’d rather be shooting a video with Loni.

And if you’re like me, you’re so done with having to plug eight different chargers into a power bar to feed the beasts — not to mention to power your smartwatch addiction.

TechOrbits has a solution I like. Out of all the ones I’ve tried over the past few months it’s the one I’m sticking with (for now).

Their 8-port wireless charger pad has found a permanent home on the corner of my desk. Cables are still unsightly, yes. But this is my attempt to at least keep the gang of devices somewhat orderly, and de-clutter various surfaces across the home (and office). Until we have wireless electricity — is it possible? — I guess this is the next best thing.

My Nexus 6 sits on top of the hub — no problems charging quickly, even in a case.

And at any given time about three or four of the eight ports are in use: Pebble Time, Samsung Gear S2, Moto 360 Sport, and an iPhone 5 (and even, for kicks, an old Samsung Galaxy S2… still works!). 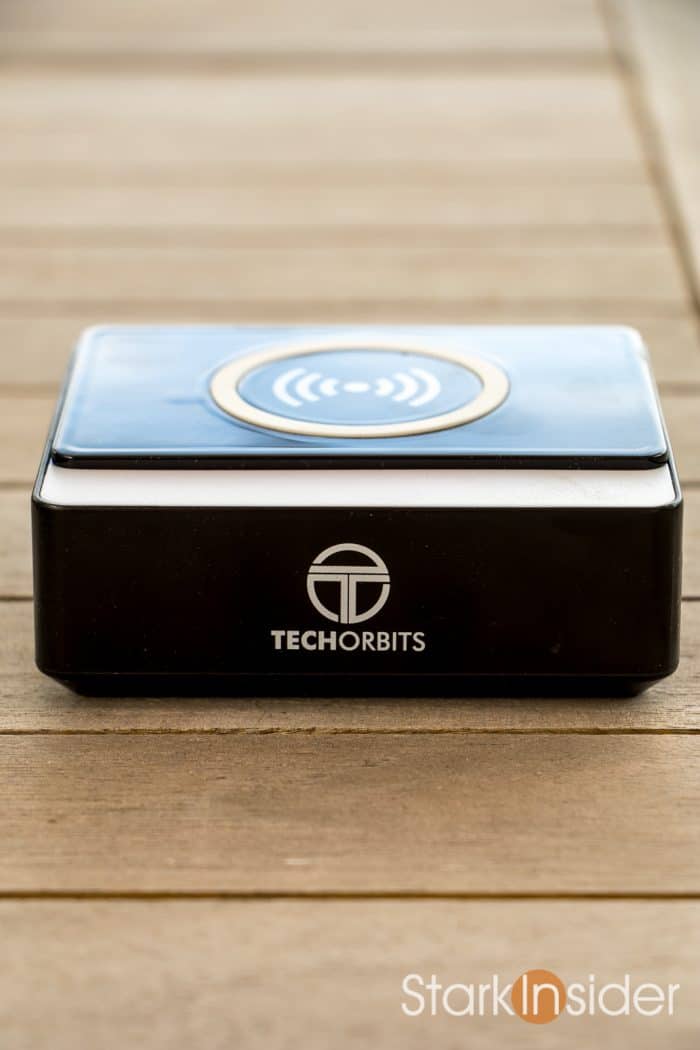 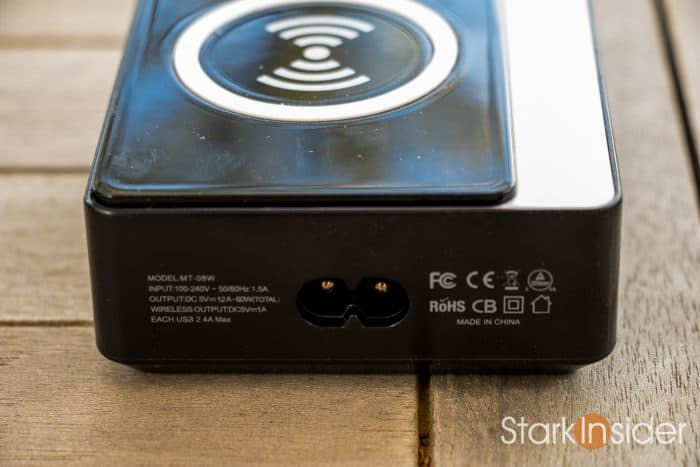 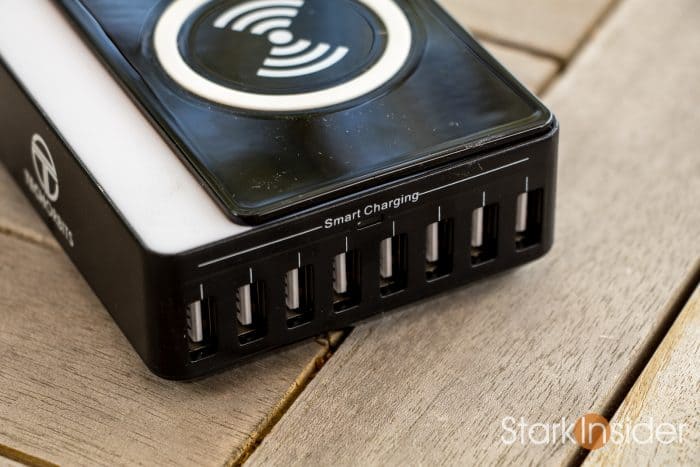 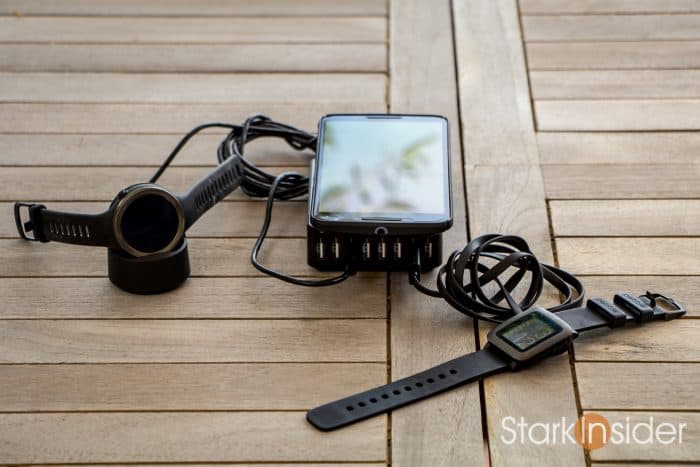 All told, you can charge up to nine devices, 8 via USB (2.4A) with fast charging support, and 1 via Qi wireless (such as a Nexus 5 or 6, but sadly not the newer 5x or 6p which still require a trusty cable).

Note that this model includes “smart detection” which means TechOrbits will feed your device the proper current. A nice bonus.

This TechOrbits station should work on most devices including Android phones, iPhone, iPads, and I’d imagine just about any device that charges via a USB cable. During testing nothing I threw at it was incompatible.

TechOrbits has tested and certified these Qi-enabled phones as compatible with its 8 USB Port/Qi Charging Pad:

You could even pop a Qi-enabled smartwatch (like the still-sweet 1st gen Moto 360) on the top pad for a quick hit during the middle of the day.

Build quality is top notch. There’s a blue light on the left for the Qi charger. I did find that charging my Nexus 6 required me to momentarily search for the sweet spot (aligning bottom of phone close to bottom of pad) to activate. Once I learned where to place the phone it was pretty easy to just pop it on whenever I was at my desk.

All told, highly recommended. If you’re looking to consolidate your charging strategy, you might want to check out this handy hub by TechOrbits. $31.95 US.