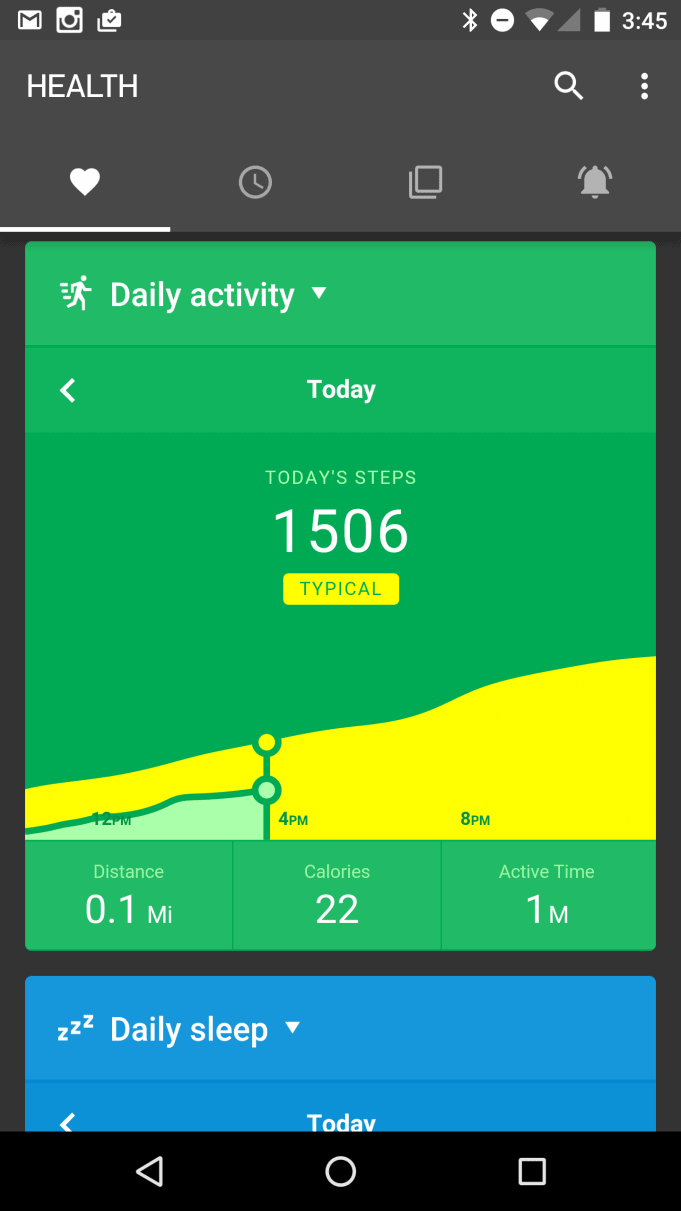 Pebble appears to be doing that most famous of Silicon Valley shifts: the pivot. Not in an entirely new direction, mind you. Pebble still makes low-cost smartwatches (starting from $99 vs. $349 for the Apple Watch). But it’s now appearing the Palo Alto-based upstart is shifting its strategy and targeting the fitness tracking market head on. That makes sense, given that Fitbit leads the entire wearable market with its line-up of (relatively low cost) trackers.

With the latest software update (v 3.12) which was made available today, Pebble has added a new “Health” tab to its iOS and Android apps, and has expanded features related to tracking sleep, steps, and, more importantly, trends.

I gave the update a quick spin. So far I like what I’m seeing. As you can see the new tab sits to the left and is represented by a heart: 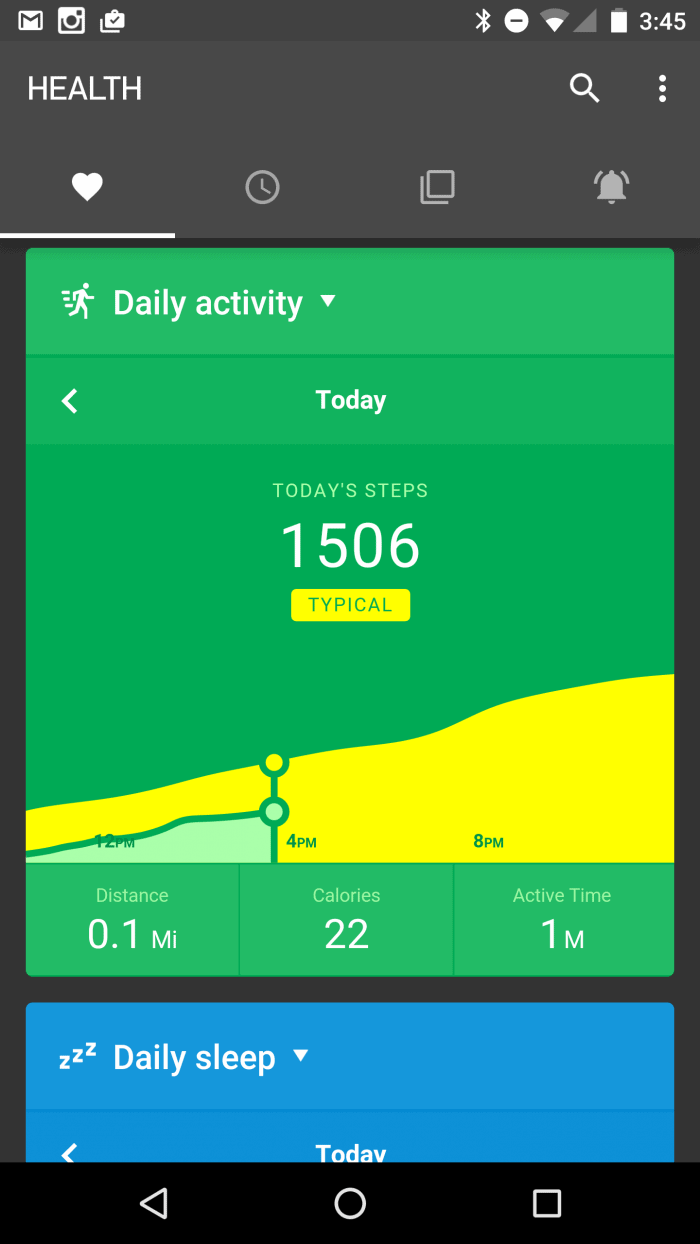 So now the app lets you cycle through the following tabs: Health, Watchfaces, Apps, and Notifications.

True to Pebble’s emphasis on simplicity and ease-of-use you can now at a glance see your daily activity and sleep at a glance in the form of colorful “Health Graphs”. Touch on the menu at the top of each and you can also check out your weekly and monthly results.

Those die-hard Pebblers might want to checkout this thread on Reddit for more thoughts, and info on the update.

At first glance it might not seem like a big deal. But given this, I believe, a second step in Pebble’s press for fitness tracking market share (the first came with the release of the Health app itself), it warrants attention from those tracking the wearable market.

I fear the economic headwinds could get tough for tiny Pebble. Layoffs came earlier this year. My hope is they can batten down the hatches, and survive what could be a bumpy road. After all, even Apple and Google aren’t exactly lighting the wearable market on fire, though the former has benefited somewhat from initial euphoria surrounding the Apple Watch launch — a honeymoon that appears to be fast coming to an end.

Pebble deserves a successful outcome. I’m not sure what that would look like at this point. They clearly understand what customers want in a no-fuss wearable. Sleep tracking is automatic. The watchface is always on, and easy to read outdoors. And the battery goes forever. Could Fitbit be a suitor? Some product overlap, to be sure, but I suppose a possibility.

For now all I can say is: Pebblers unite!