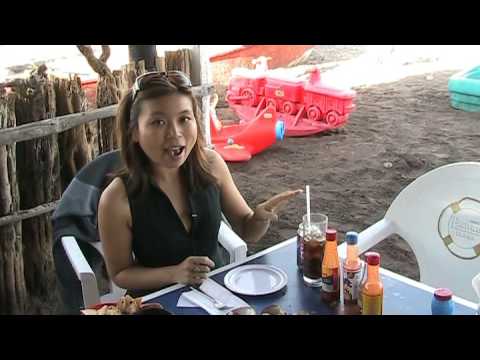 You upload your best ever video to YouTube, then check back in a few days. Sigh. 10 views.

It wasn’t always like this. I remember, way back, in 2009 when YouTube was the wild west, you had a fighting chance of getting a viewer or too. Sure, cat videos ruled. But even other stuff worked too, like our theater videos and other niche fare we published to our fledgling channel.

How times have changed.

Now, if we’re note necessarily competing with each other, we’re definitely competing for attention.

That’s the trickiest thing to earn these days: someone’s attention. There’s so much choice out there for us when it comes to media consumption, some of it bit-sized (Twitter), some of it fleeting (Snapchat), some of it photo and visual-centric (Instagram) and some of it perfect for quality time on the couch (Facebook). YouTube is just one, albeit large, part of a huge, and ever increasing, digital landscape.

Then there’s the POTUS.

Years back Obama wasn’t posting to YouTube. Are you mad? That’s where our crazy old Aunt posted a shaky video of her flaming volcano cocktail recipes.

YouTube has evolved into a full-on broadcasting platform. Pros now come here to play, and needn’t feel the least bit dirty after hitting the upload button.

Facebook is responding in force too, even laying out large sums of cash to woo content creators. I like the way Fortune frames the market as the early days of cable TV: “Facebook doesn’t just want to be another channel–it wants to be the TV set, cable box, and platform for all the channels at the same time.”

Many of today’s biggest YouTube channel owners are even shooting with high-end RED cameras. Sheesh.

7 Years Ago – Even clams could get you a few views:

The easiest thing would be to do just shoot a hasty video of your spouse unboxing their next iPhone. It’s all the rage.

Or, you could do what’s recently become a trend: post an artsy video essay. These are much tougher to produce, and some are, frankly, mind-blowing in their quality and style.

At the end of the day, while YouTube is a much more crowded place than it used to be, there’s still some things we can do to help tide, ever so slightly in our favor:

Publish videos on a regular basis – the real YouTube stars do this daily.

Create a welcome video for new visitors to your channel – tell them who you are, and why they should return.

Organize your content into logically groupings of shows and topics – I might not like everything on your channel and this provides an easy way to navigate your videos.

Create eye-catching thumbs – be sure to upload a custom thumb, preferably one that will stand out to those searching YouTube.

BONUS: Consider upping your production levels. Sliders, good lighting, quality microphones will help ensure that viewers engage with your content. More expensive and complicated gear won’t necessarily result in a good video or story, but at least it might give you a fighting chance (this would be especially true for those creating tech videos).

Nothing new there necessarily. And I should point out I have varying degrees of success with this list.

Also, you could advertise. And many channels do this, of course. For Stark Insider, I’m not so keen on the idea — if we get a few hundred eyeballs on a video that’s all good, a few thousand wonderful, and, in some cases, a few hundred thousand, well, golly, but, at the end of the day, I’m satisfied if I know we’ve created something that hopefully endures, and that all involved had a good time in the process. It doesn’t always work. And there’s joy and learning to be found in failure. As Jerry Maguire once said, “it’s like popcorn in the pan. Some pop… some don’t.” But, I would add — in my best Dicky Fox voice — if you don’t at least throw some popcorn into the pan, you’ll have never know.