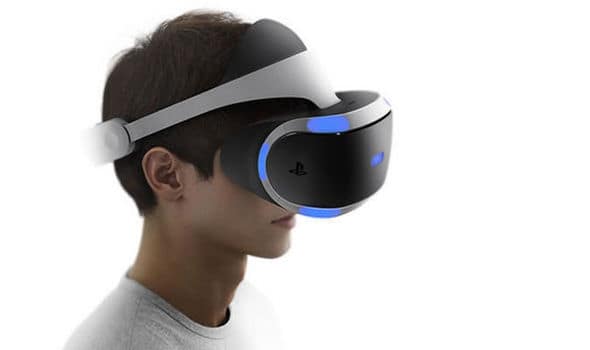 For once, it appears to be the case, at least with respect to the company’s entry into virtual reality.

Silicon Valley-based Meta is coming in at the high end of the range with its second-gen headset, the Meta 2 for $949 (USD, developer kit).

Facebook’s much hyped Oculus Rift VR headsets ship in a few months and go for $599.

Unlike competitors, however, who will will need a fairly well-outfitted PC to connect to the headsets, the Sony VR experience will tap into the powers of the PS4 game console.

Let’s face it, VR is created by Nerds, for Nerds

Is Virtual Reality the next 3D TV… or Google Glass?

It’s hard to say if VR is ready for prime-time. 2016 appears to be the year mainstream products are coming to market en masse. But I wonder if consumers will respond?

VR, unfortunately, looks to share a lot in common with previously high-flying, trendy consumer technologies, most notably 3D TV, and Google Glass. Like those experiments, companies marketed the bejesus out of them, decrying them as the next big thing. Tech bloggers drooled. But average Joe and Jane said meh.

1. VR is complicated to get up-and-running – not complicated for you and me, the ones reading every single VR announcement, excitedly anticipating all the new apps and possibilities. For the non-techy, the VR discussion is far from easy. The conversation starts with specs for a PC to do the heavy lifting. Then there’s the headset. And the apps. In between all sorts of questions — compatibility, resolutions, cables, etc. etc. To most of us in Silicon Valley or for those of us who follow this stuff closely it’s no big deal, but for someone who is wondering the aisles of Target or Best Buy looking it can be daunting stuff… just like Google Glass and 3D were intimidating for all but the truly committed.

2. VR headsets are (too) expensive – Even at $399 the PlayStation VR is the cost equivalent of: a gaming console, a well-optioned tablet, a low-end laptop, a decent Android phone such as the Moto X or Moto 6P, or an Apple Watch. In short: VR headsets are serious money. And, we haven’t even begun to talk about the cost of the apps and games and content to make them work — demo stuff is nice, but you’re not going to pay $400+ for an advanced VR experience merely to walk around an empty 3D house, no matter how enticing its Mediterranean decor.

3. VR is created by and for Nerds – let’s face it, Nerds love VR. And nerds are ultimately creating VR experiences for each other. Why go outside, why travel, why interact with other human beings? We have VR for that. Fair enough, I’m being a shade cynical, and, no doubt, there are tremendous applications for virtual reality that will I’m sure, in time, transform industries and businesses. For now, with the Nerds in charge — witness the Samsung VR event with the guest God appearance by Mark Zuckerberg for proof of how silly some of this can look to the outside world — we can expect Nerd apps and Nerd games. Meaning: the first round of VR is for the gamers. Look for a tonne of amazing VR games come fall. Tech blogs will be all over this stuff — me included. But, again, to my main assertion, I’m not convinced mainstream America will, and the sales numbers could very well disappoint.

Still, 3D TV marches on to this day. Blu-rays are still released in the format, as are 3D streaming editions of popular films (most of them aimed at children). The thing with 3D TV that perhaps informs us of what may become of VR is that expectations were unrealistic. Manufacturers wanted us to rip out perfectly good HD TVs, replace them with new, fancy 3D ones, and then re-buy our content so we could experience 3D at home. It was the next big thing. For some it was worth the cost (I’m one, admittedly), but for most it was a fool’s errand. 1080p HD television at home was (and apparently still is) perfectly fine.

How will Sony and others convince perfectly happy users to drop at least another $400 or more to experience VR in the home?

It could be that most casual users interested in VR will do what Samsung is doing with its Gear VR headset ($99 USD) and Google with its nifty Cardboard project (the design itself is free): use our existing Androids and iPhones as screens that attach to low-cost headsets that provide a “good-enough” VR experience for most.

So, now we wonder: Like 3D TV, is the state of gaming perfectly fine, what with the plethora of highly capable Xbox Ones, PS4s, Wii Us, iPhone and iPads? Sales, both for the hardware, and, especially the software in the respective app stores for the various platforms, suggests an emphatic yes. Then, if that’s true, how will the likes of Sony and its upcoming PlayStation VR convince perfectly happy users — aside from those hardcore gamers looking for something new and early adopters and tech bloggers — to drop at least another $400 or more to experience VR in the home?