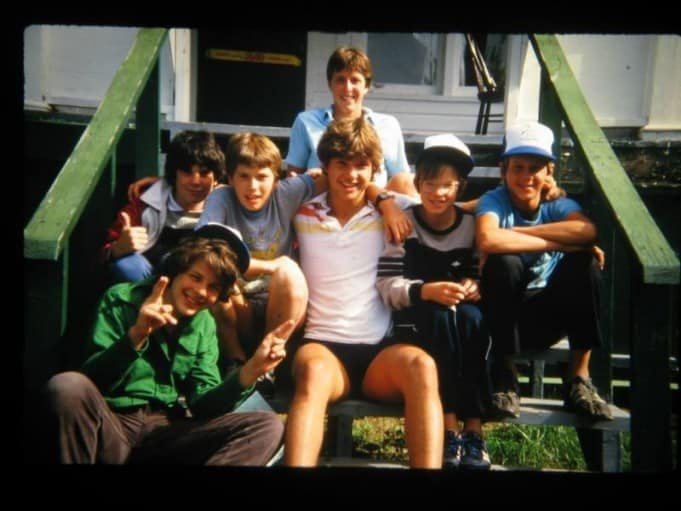 Two years ago to this very day the world lost a truly special person.

Zarko Draganic was a wunderkind, a “Supergeek” who had a profound impact on my life. The news of his death gutted me and my family. I knew Zarko to be one of the kindest, most loving, charismatic people I had ever met. I didn’t discover the tragic news until a year later, first noticing a lack of updates on his Facebook page, and then stumbling upon this article by Silicon Valley tech journalist Karen Swisher. The news traveled fast, by email up to my mom and dad in Ottawa and sister in Toronto, and across Canada to various people who had come to know and love Zarko from magical days at McKeeby Lodge Computer Camp.

In the mid-80’s I had the good fortune to work with Zarko at that camp, located north of Ottawa on a small lake in Québec. He was easily the most charismatic person I had ever met, with a quick smile, warm embrace. Kids would come and go in two week intervals. I remember him tearing up as the yellow buses departed, leaving behind so many life-long memories — campfire singalongs, teaching kids Logo programming, taking apart Apple ][ computers and giving his wildly popular “deeemos.”

One of my favorite memories of Zarko was the prank we used to play on the campers. He had extensive knowledge in communications design and modems (later, his Palo Alto-based company Altocom would be acquired by Broadcom), and managed to hook up two Apple ][s directly and using his own custom software enabled them to communicate asynchronously. So he’d call the kids over, and tell them we were going to log-in to a special mainframe computer located somewhere in the U.S. that had all-knowing power. Zarko would type questions, as the kids all crowded around: What’s the license plate of Clint’s AMC Gremlin? Where’s the best place to get poutine? What color hat is Hugh wearing? I’d be out of view in the office upstairs, also on an Apple ][, typing the answers in real time. Zarko being Zarko, he had it all perfect: the computer would cache my entire answer, and only after I pushed “return” would it stream it back downstairs appearing to be delivered by a vast super-computer.

Then there was the time Zarko cracked Zaxxon, and the morning after:

We were elated. That all-nighter cemented his legendary status. Although, Zarko being Zarko, he decided to modify the control logic. Pushing up on the joystick would, instead, move the tiny fighter jet up, and vice-versa, contrary to standard aviation design. Every time I see “invert y-axis” when I play a video game I think of Zarko, and smile.

Zarko first taught me to sail. And demonstrated the thrills of running around late at night at Bell Northern Research labs in Ottawa and tinkering with Lisa and Mac workstations. He would routinely bring me boxes of cool software for the family Apple ][, and stay for milk and mom’s famous chocolate chip cookies, and share stories and laughs with my family. 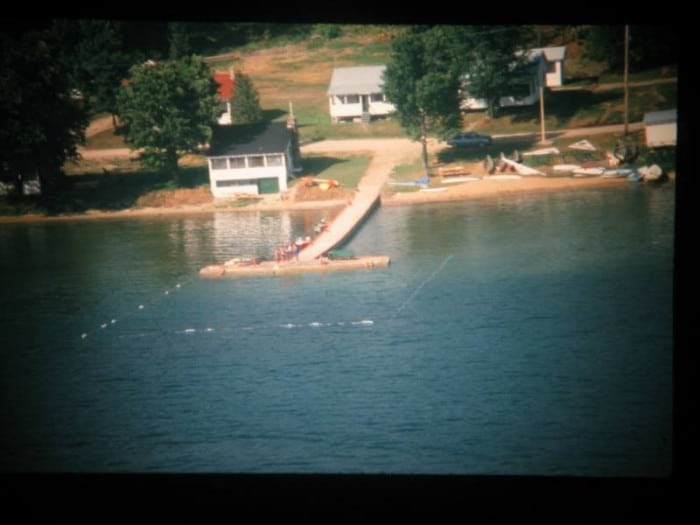 Later, he would move to Silicon Valley, and I would watch in awe from a distance as his (exceptional) career took flight. Those here at the time in the mid to late 90’s probably remember the “Open” neon sign on his Palo Alto home, which signaled anyone could drop in to say hello, have a cap, and browse the artwork on display by any number of guest exhibitors and friends.

I too soon moved here, and, though we didn’t see each other often, he once took my father and I sailing on the Bay — a remarkable day I will never forget. We anchored at Angel Island on a glorious, sunny day, and reminisced about computer camp, General Magic, and the kids that we remembered so fondly from McKeeby.

I enjoyed following his interest in electric cars on Facebook. It was amusing that, Zarko being Zarko, he enjoyed analyzing the impact a particular paint color would have on the surface temperature of a car.

Zarko was a gentle giant, always smiling. He certainly left an indelible mark on this world. Lucky for me: a mentor, friend, and hero. Above all, the very essence of a human being. I miss him. Forever Zarko.

Note: the YouTube video at the bottom of the Re/Code article by Kara Swisher (“May the Wind Forever Be in Zarko’s Sails”: The Death and Life of a Mobile Pioneer) in fact does not feature Zarko. Rather, that’s (the amazing) Andy Hertzfeld demo-ing the Magic Cap cellphone. Both worked together post-Apple at General Magic.