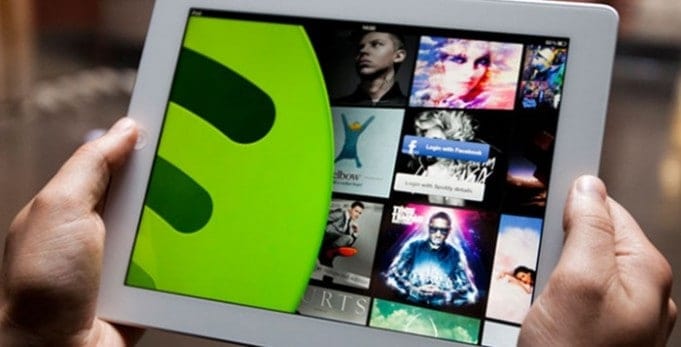 Spotify today launched a new video channel for its mobile apps. ESPN, BBC, MTV, Comedy Central are among the content providers signed on by the Swedish music streaming service.

Available on both the iOS and Android apps, you can simply click on “Browse”, and then “Shows” to have at it. There you’ll find clips from shows such as The Daily Show (YouTube, though, remains my personal favorite for satiating video clip binges).

Spotify actually announced the new feature last year, as part of its bid to evolve “into your 24-hour entertainment destination.”

Meanwhile, with its new RED subscription service, and focus on original programming, YouTube has been amassing a formidable video platform. Former MTVer Susanne Daniels this week gave a sneak at the Sundance Film Festival of that new programming (which is scheduled to arrive in February 2016).

Clearly, in addition to tipping into YouTube’s space, Spotify also has an eye on Apple Music. Although not yet a hit by Apple’s standards, it does have the potential edge in new user adoption thanks to its incumbent status it enjoys on newly sold iPhones and iPads.

It will be interesting to see how Spotify rolls out the new video channel. Spotify users are known to be extremely loyal — vociferously so. And new features not targeted at its core strength of music could be seen as a turn off, and unnecessary bloat.

Cord-cutters are finally seeing their new world expand. We’ve had Netflix, Hulu and Amazon Prime for a while, and now new players like Google with its YouTube RED subscription service, and Spotify with its new video channel are attempting to stake their own piece of the hugely lucrative online video market. This is definitely a game of scale. I wouldn’t be surprised if we soon see more announcements in this space from Facebook.

You can check out the new video channel on the (well-loved) Spotify app: Apple iOS | Android.